Home Sport J.J. McCarthy has chance to prove himself vs. top-ranked Illinois defense

Jim Harbaugh faced one of the most challenging personnel decisions of his coaching career heading into this year’s college football season.

The eighth-year Michigan head coach had two solid quarterback options at his disposal in Cade McNamara and J.J. McCarthy, and while both earned the right to be under center for the Wolverines, he knew a decision had to be made.

So, Harbaugh let the competition play out on the field. McNamara — who started all 14 games for the Wolverines in 2021 and led the team to a Big Ten championship and their first-ever spot in the College Football Playoff — started the season-opener against Colorado State. McCarthy — who is the more gifted athlete, but only attempted 42 total passes as a true freshman while playing behind McNamara — got the start in the team’s second game against Hawaii.

In the end, it was McCarthy who shined the brightest, throwing for 229 yards and three touchdowns in a dominant 56-10 victory over the Rainbow Warriors. He was ultimately named the team’s starter following that game and has been terrific ever since, helping guide the Wolverines to a perfect 10-0 record heading into Saturday’s Big Ten showdown against Illinois.

McCarthy ranks second in the Big Ten in both passing efficiency (157.6) and completion percentage (69%). Through 10 games, he has thrown 14 touchdowns to just two interceptions and has gotten it done with his legs as well, totaling 195 yards and three scores on the ground.

But while Michigan’s sophomore signal-caller has been steady under center this season, the Wolverines are a team that relies heavily on the run, ranking second in the conference in rushing attempts and leading the Big Ten in both rushing yards and touchdowns.

According to FOX Sports college football analyst Joel Klatt, McCarthy will have the chance to prove himself on Saturday against one of the stingiest defenses not only in the Big Ten, but throughout the entire country.

Illinois vs. No. 3 Michigan preview | The Joel Klatt Show 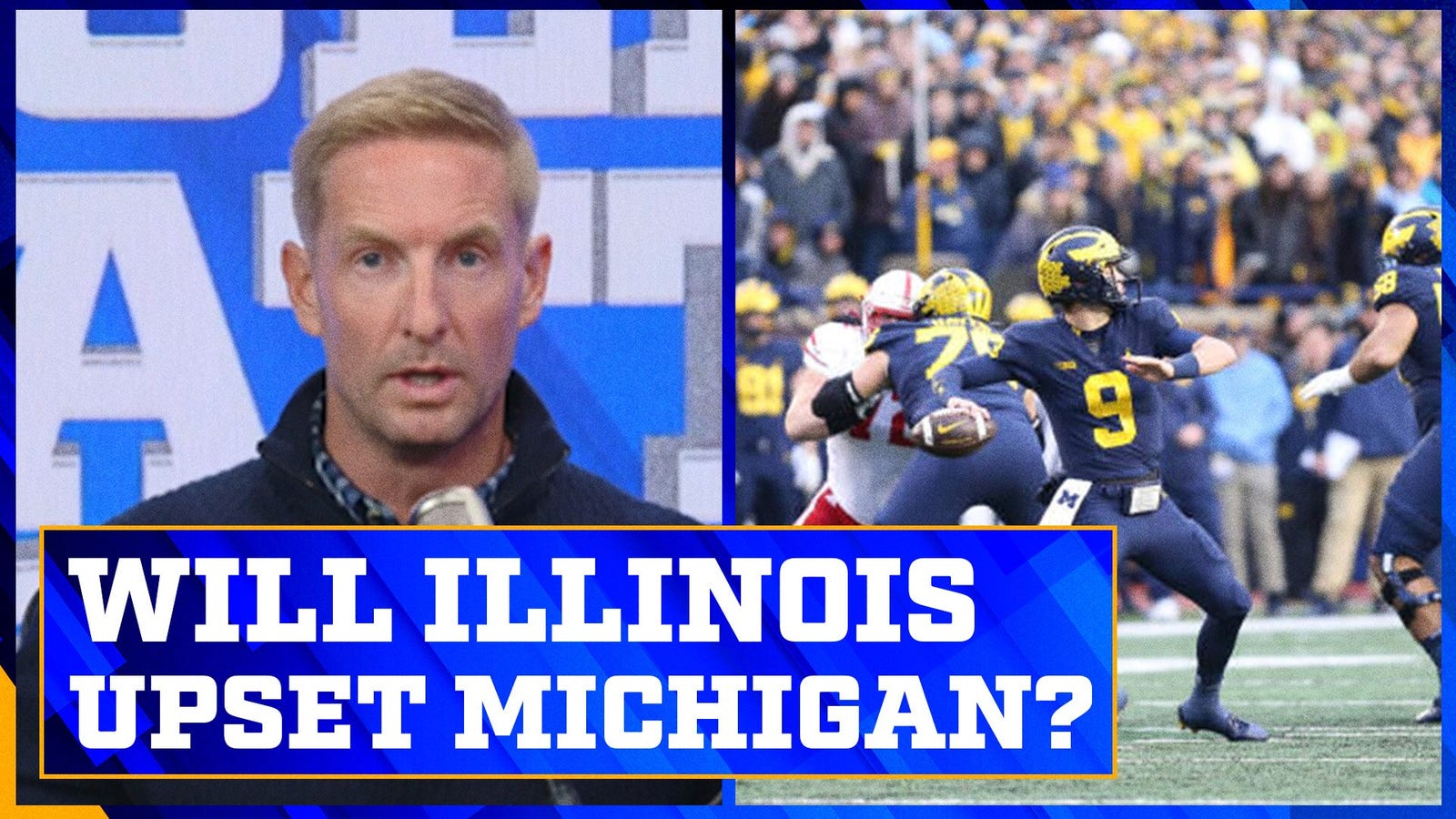 Joel Klatt discussed why this game will be a test for J.J. McCarthy’s confidence against the Ohio State Buckeyes.

“This game is going to be all about J.J. McCarthy,” Klatt said on a recent episode of his podcast, “The Joel Klatt Show.” “He started playing really efficient football, leading the country in completion percentage, and then all of a sudden, they got Blake Corum in the Heisman race and they’ve just totally learned on that.”

Corum has been the centerpiece of this Michigan offense throughout the 2022 campaign, ranking second in the Big Ten in rushing yards (1,349) and touchdowns (18). He has established himself as a legitimate Heisman Trophy candidate, currently listed as the third favorite (+550), per FOX Bet, to take home college football’s most prestigious individual award.

But with Illinois’ defense focused on slowing down Corum, McCarthy will have the chance to shine in a game that will precede the biggest matchup of his young career.

“J.J. McCarthy has the opportunity to develop against a defense that will give him really tight windows,” Klatt said. “As a QB, you’ve gotta be on time, you’ve gotta make quick decisions, be ready to throw, and you gotta throw the ball accurately.”

Michigan and Illinois are set to kick off at noon ET Saturday at the Big House. If the Wolverines can get by the Illini and Ohio State is able to beat Maryland (3:30 p.m. ET), it will set up one of the most-anticipated games of this decade next weekend between Big Ten rivals Michigan and Ohio State.

“Imagine if he plays really well against Illinois, the confidence he will build for next week’s game against Ohio State on the road,” Klatt said of McCarthy. “That’s what this game is all about.”