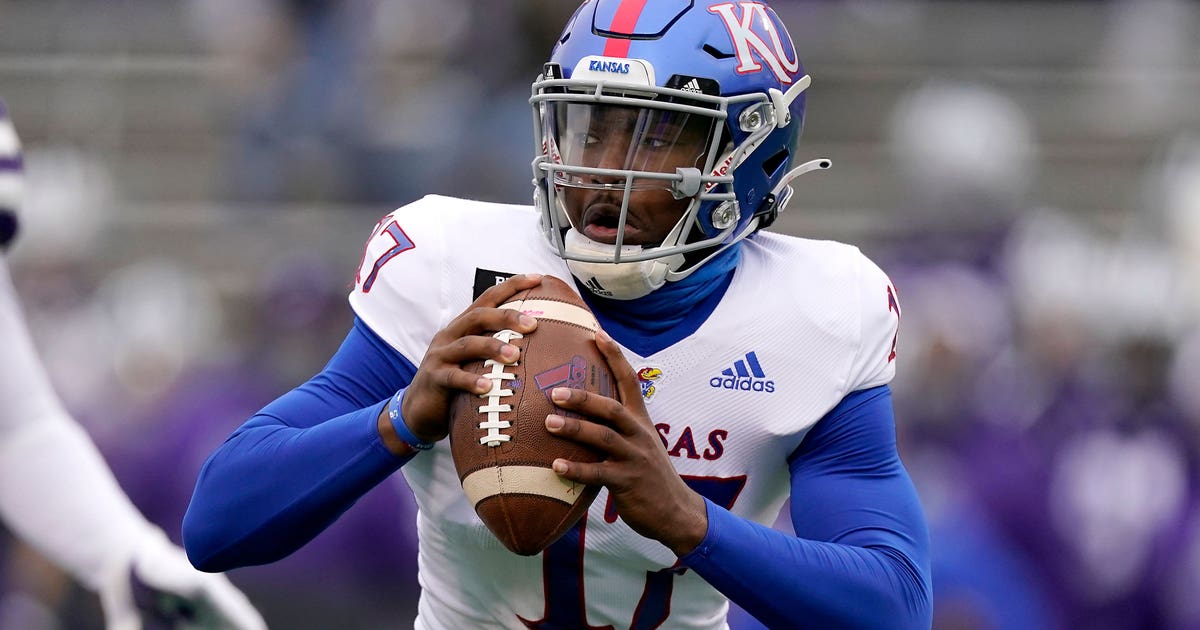 Oklahoma has won 21 consecutive November games dating to 2014, a run that has fueled five straight Big 12 titles and spawned the term “Championship November.”

The 19th-ranked Sooners hope to keep it going against Kansas on Saturday so they can stay within range of the leaders. Oklahoma (4-2, 3-2 Big 12) is a game behind Kansas State and Iowa State.

“I’m excited to get to play some November ball here, which tends to be our favorite around here,” Oklahoma coach Lincoln Riley said.

The Sooners went 12-0 in November in Riley’s first three years as head coach.

The Sooners are on a three-game winning streak, and one of the keys has been freshman quarterback Spencer Rattler’s maturity. During the streak, he has thrown seven touchdown passes and just one interception while becoming more of a threat as a runner. Rattler leads the Big 12 in yards passing and passing efficiency during league play.

“He’s definitely improved,” Riley said. “I think he’s starting to learn more of the difference between being aggressive, but also trying to do it in a calculated way, learning to manage games a little bit better, when we can afford to take risks, when we cannot.”

The Sooners seem to have figured things out since losing to Kansas State and Iowa State. Riley never seemed to lose focus, consistently saying the team has the potential to improve significantly. He said people outside the program made too big a deal of both the loss to Iowa State and the 62-28 win over Texas Tech last Saturday.

“That’s the world of overreactions, which, we get it,” Riley said. “But you lose a game to Iowa State and everybody thinks you’re the sorriest team that’s ever played. And then you go and win big this last week and we’ll be the ’85 Bears. The Iowa State game wasn’t nearly as bad as what a lot of people would think, and this one (Texas Tech) wasn’t nearly as good as a lot of people think.”

While Oklahoma has improved, Kansas (0-6, 0-5) has struggled under coach Les Miles. The Jayhawks have lost all their games by double digits. The past two losses were particularly bad — 55-14 at Kansas State and 52-22 at home against Iowa State.

Oklahoma running back Rhamondre Stevenson returned last week after being suspended for the Peach Bowl last season and the first five games of this season. The length of time matches the NCAA’s penalty for testing positive for a substance in the cannabinoid class, though the school has not confirmed that was the reason for the suspension.

Stevenson rushed for 87 yards and three touchdowns against Texas Tech. He wore a T-shirt that said “I’m Back” under his jersey and showed it after his third score.

“Through the process, it was frustrating, but I knew my time would come,” he said.

Kansas quarterback Jalon Daniels just turned 18, and the freshman is growing into his role as the starter. He passed for 165 yards and ran for 36 yards and a score last Saturday against Iowa State.

Miles said Daniels didn’t start right away because he didn’t have time to prepare before the beginning of the season.

“We needed spring ball for him so that he could run the show, and we didn’t have that opportunity,” Miles said. “But Jalon Daniels — he’s maturing every week. Some of the throws, if you look at them — they are spectacular throws. We’re getting him in position to help him be our leader.”

Four Oklahoma players have at least 17 catches this season. Marvin Mims, a freshman, leads with 23 grabs for 388 yards and six touchdowns. But 6-foot-6 H-back Austin Stogner has 22 receptions for 335 yards and has developed into a steady safety blanket for Rattler.

Kansas safety Kenny Logan might be worth watching Saturday. The sophomore returned a kickoff for a touchdown and intercepted a pass against Iowa State, making him the first FBS player to do both in the same game since 2018. He also leads the team with 43 tackles.

The Sooners rushed for a season-high 213 yards on 39 carries against Texas Tech, leading Riley to praise the guys up front. The past three games, the Sooners have averaged 196 yards rushing per game.