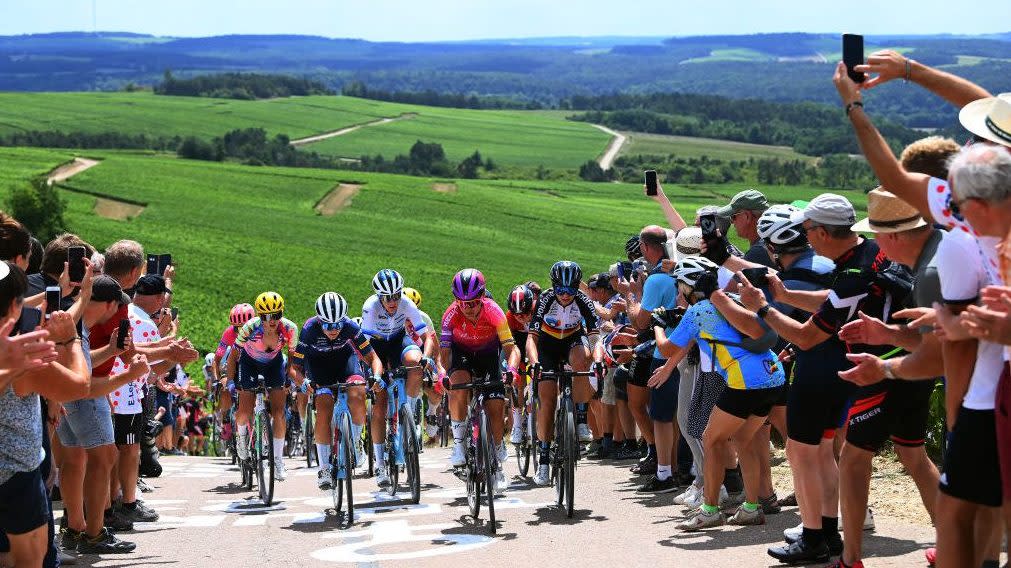 Reusser, the Tokyo Olympic time trial silver medalist, put on a dominant solo performance to win Wednesday’s stage by 1 minute, 24 seconds. The 30-year-old entered the day ranked 65th overall (+6:31) but moves up to 24th (+4:38) thanks to the victory. (A video highlight of Reusser’s victory is embedded above.)

“This team has always an aggressive and open race strategy so everybody on the team is allowed to do something or win a stage, if possible,” Reusser said in her post-stage interview. “And I was really the lucky one to be the one that could go… I’m really thankful for my team and my teammates.”

Wednesday’s race — 126-kilometer ride from Troyes to Bar-sur-Aube — had multiple sections across white, gravel roads. Conditions proved challenging for some, including Kasia Niewiadoma and stage three winner Cecilie Uttrup Ludwig, who punctured a tire. Uttrup Ludwig was quickly provided a wheel by teammate Vittoria Guazzini and managed to finish the stage with the peloton.

Spanish cyclist Margarita “Mavi” Victoria Garcia, ranked sixth (+0:55) heading into stage four, also had an especially rough go. After two bike changes and one wheel change, she drifted into a support car and went tumbling onto the pavement. Still, the 38-year-old managed to finish the day without losing too much ground and is now 11th in the general classification (+2:26).

You can watch a replay of stage four of the 2022 Women’s Tour de France via Peacock. A full schedule and viewing guide for the inaugural Tour de France Femmes can be found here.