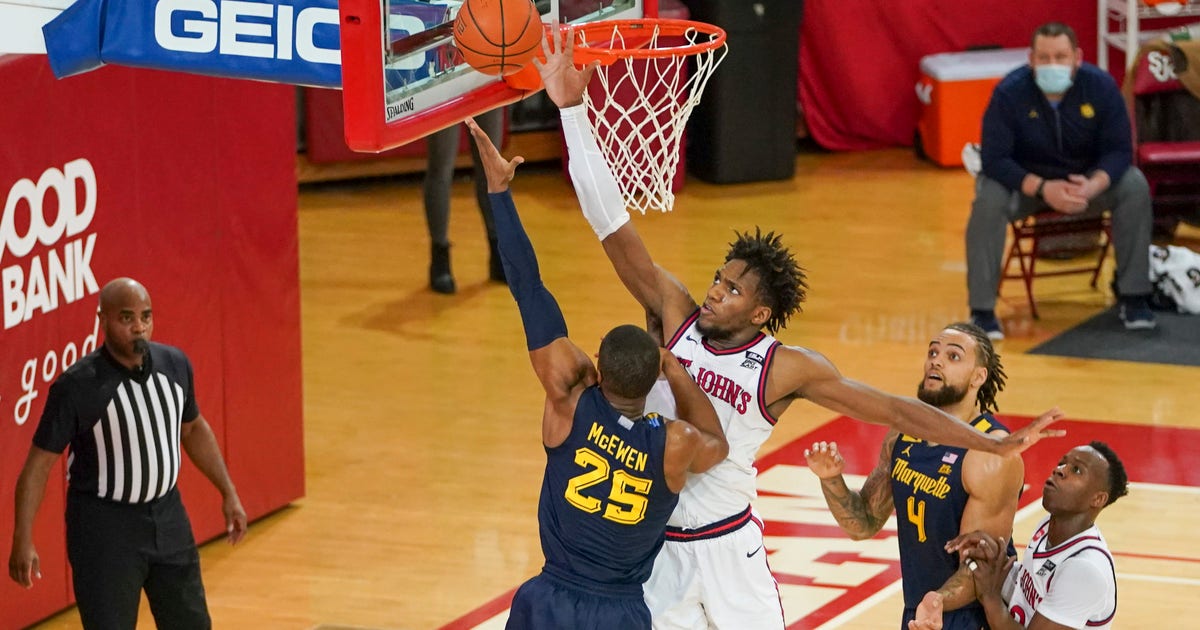 NEW YORK — Koby McEwen made a layup with 27 seconds remaining and Theo John had a big block in the closing seconds to lead Marquette to a 73-71 win over St. John’s on Saturday.

After McEwen’s drive down the left side of the lane, John swatted Vince Cole’s drive. The Red Storm got the ball back but a desperation 3 at the buzzer was off the mark.