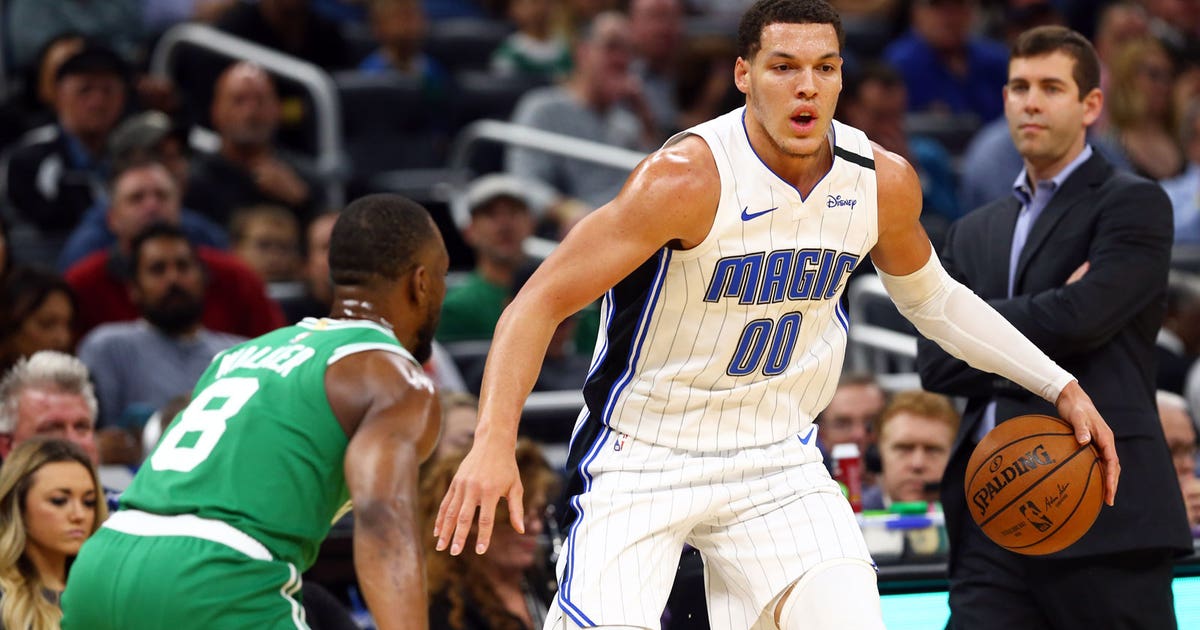 DENVER (AP) — The Denver Nuggets made another aggressive move at the trade deadline by acquiring forward Aaron Gordon from the Orlando Magic, a person with direct knowledge of the matter said Thursday.

In exchange, the Magic receive veteran shooting guard Gary Harris, rookie R.J. Hampton and a first-round draft pick, according to the person who spoke to The Associated Press on condition of anonymity because the deal was still pending NBA approval. Denver also is receiving forward Gary Clark as part of the trade package.

Earlier in the day, the Nuggets acquired backup center JaVale McGee from the Cleveland Cavaliers for Isaiah Hartenstein and two second-round picks.

The 25-year-old Gordon averaged 14.6 points, 6.6 rebounds and 4.2 assists for the Magic this season. He was the fourth overall pick by Orlando in the 2014 draft.

Gordon could find himself in the running to be in Denver’s starting rotation — possibly in place of veteran Paul Millsap. He would join a lineup that includes Michael Porter Jr., Jamal Murray, Will Barton and All-Star big man Nikola Jokic as the Nuggets chase after their first NBA title.

The high-flying Gordon may be best remembered for his performances during NBA slam dunk contests. In 2020, he finished runner-up in a showdown for the ages with Derrick Jones Jr.

Gordon even cleared 7-foot-5 Boston center Tacko Fall on a two-handed dunk attempt. In 2016, Gordon was runner-up in the dunk contest to Zach LaVine of Chicago.

Gordon missed the playoffs last season due to a strained left hamstring.

Clark appeared in 35 games for the Magic this season, with 11 starts. He averaged 3.4 points and 3.2 rebounds over 18.2 minutes per game.

Harris has long been a favorite of Denver’s coaching staff due to his defense. He’s been plagued by injuries since being picked 19th overall in the 2014 draft. Playing time has been sporadic for Hampton, who is averaging 9.3 minutes per game.

McGee’s primary role figures to be giving a breather to Jokic, who has joined the MVP conversation by averaging 27 points, 11.3 rebounds and 8.5 assists. His 35.7 minutes per game are trending toward a career high for the 7-footer from Serbia. Jokic already has 12 triple-doubles this season.

The Nuggets made it to the Western Conference finals last season before losing to the champion Los Angeles Lakers. The team currently is 26-18 and in fifth place in the West standings.