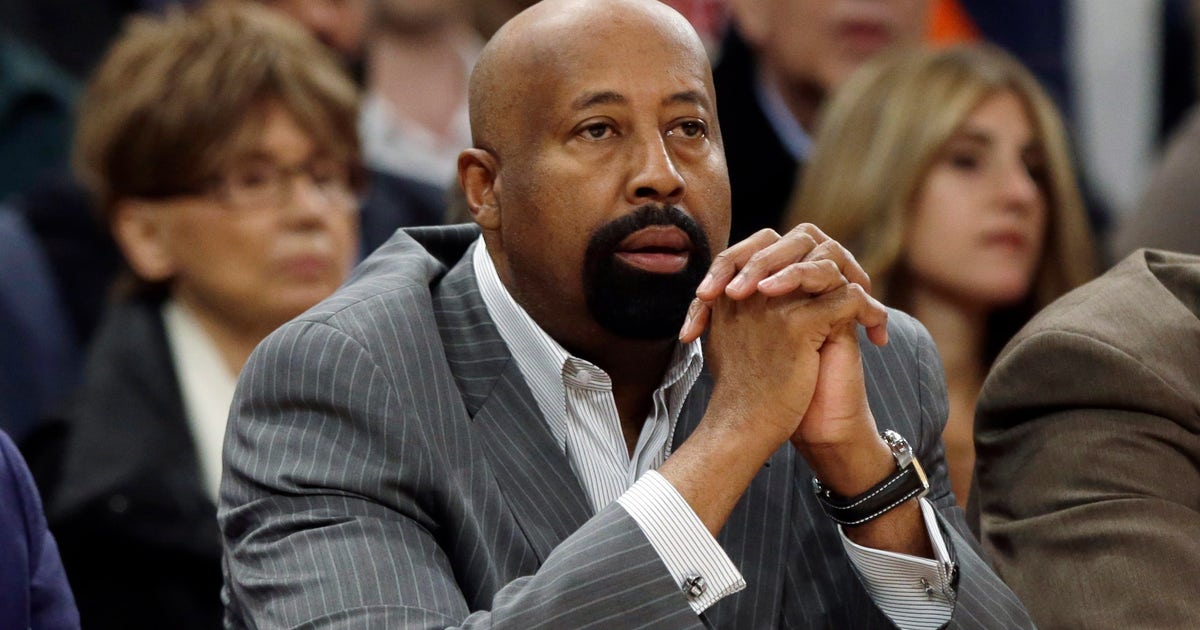 Mike Woodson has a plan to revive Indiana basketball.

He wants former players involved. He hopes to blend traditional college philosophies with NBA concepts. And he promises to focus on player development.

It’s a combination that may finally satisfy Hoosiers fans. One day after Woodson left the New York Knicks to take the coaching job at his alma mater, Woodson provided a glimpse into his long-term vision.

“I’ve never coached in college, but I like to think I’ve coached at the highest level and I’ve coached some of the greatest that ever graced the basketball court,” Woodson said during Monday’s video call. “Yes, there are going to be some challenges for me. But at the end of the day, coaching is coaching and I’ve got to get players, recruit quality student-athletes and get players who can come in here and help this program move in the right direction.”

Woodson certainly has an appealing background to those with NBA aspirations.

After playing for coach Bob Knight and finishing his college career as Indiana’s second 2,000-point scorer, he played 11 seasons in the NBA before moving into coaching. Woodson spent four decades on NBA sidelines, going 315-365 in nine seasons as head coach of the Atlanta Hawks and the Knicks, winning an NBA title as an assistant with the Detroit Pistons and mentoring more than two dozen All-Stars.

Woodson said he believes his experiences in free agency will help with the transition to college recruiting and athletic director Scott Dolson believes Woodson’s professional roots also may be an attractive feature.

“I had someone I really, really respect in basketball say to me, ‘We need someone that’s a normal person, we need him to fit in and collaborate and be part of a team,’” Dolson said, explaining what he heard from the people he spoke with during the two-week search. “Mike is known as a visionary. He’s an X’s and O’s guy. Circles of people at the highest level that I talked to talked about his visionary pick-and-roll defense that he started in Atlanta that became the normal way for defenses.”

The 63-year-old Woodson is the first former Knight player hired as coach and the second to lead the program. Dan Dakich was interim coach for seven games in 2008 following Kelvin Sampson’s resignation.

Woodson also is the third minority hire in program history following Mike Davis, Knight’s successor in 2000, and Sampson, who is Native American. Woodson also will be the 14th Black coach at a school in the Power Five leagues or Big East.

Having grown up in Indianapolis, attended Knight’s camp as a child and bookended his college career with two of Knight’s three national titles, Woodson understands some of fans’ long-standing complaints.

“If you don’t develop (players), you struggle,” he said. “All the teams I’ve worked with, we’ve been able to develop great players. It takes time. I’m going to push guys, I’m going to be demanding that they work, that they come to the gym and put time in, and I think if they do that, good things will happen.”

First, though, Woodson must figure out next season’s roster.

Six players are already in the transfer portal and although Indiana’s top player, Trayce Jackson-Davis, isn’t one of them, the conventional wisdom suggests he is a future NBA player.

Woodson met with the team Sunday night and was scheduled to meet with players individually Monday.

“We have a few players who have entered the portal, players I think can help us win basketball games next season,’” Woodson said. “My first job is to sit down with each and every one of them about staying in Hoosier Nation. If I have to beg and plead a little bit then to keep them here, then I’m going to do that.”

Still, Woodson knows what he wants Indiana basketball to look like and how he wants to rebuild this blue-blood program that hasn’t made an NCAA Tournament appearance since 2016 and hasn’t won a national championship since 1987.

“It’s going to be my job to bridge the gap between young people who don’t know who Coach Woodson is and the old-timers. I’m going to bring all the old-timers back just like the old days and we’re going to bridge the gap between old and new,” Woodson said. “The players are looking for me to get them where they need to go, and I’m looking for them to get Indiana basketball where it needs to go.”