We’re down to the NFL‘s version of the final four as the AFC and NFC Championship Games are set, with the winners advancing to Super Bowl LVII.

The top-seeded Philadelphia Eagles (15-3) and Kansas City Chiefs (15-3) will be the home teams Sunday.

Both opening lines were below three points. Max Meyer of Caesars Sportsbook points out how rare that is – the last time the NFC title game spread was that low was in 2012; for the AFC, it goes back to 1998.

Here’s an early look at the lines for the conference championship round, with odds via FOX Bet.

Youth will be served at the NFC Championship Game – at quarterback.

Jalen Hurts (24) and Brock Purdy (23) will be a combined 47 years and 208 days old on Sunday – the youngest combined age of any two QBs in a conference championship game in NFL history (per FOX Sports Research).

The two have met on the field before in a memorable Big 12 Conference college football game in 2019. Hurts and the then-No. 9 Oklahoma Sooners beat Purdy and the Iowa State Cyclones 42-41.

Hurts was 18-for-26 passing for 273 yards, three touchdowns and one interception, and had 22 carries for 68 yards and two more scores.

Purdy was 19-for-30 passing for 282 yards and five touchdowns. Purdy also had 15 carries for 55 yards and one score before beginning his NFL career 7-0 as a starter.

The Chiefs opened as a 1.5-point favorite, but the line flipped Monday afternoon to the Bengals being favored.

Patrick Mahomes has quarterbacked the Chiefs to the AFC Championship Game for the fifth consecutive season. Mahomes and K.C. are 2-2 in the previous four AFC title games.

Mahomes is 8-3 in the playoffs and has never been an underdog in his postseason career.

But do you know who has the upper hand on Mahomes?

Bengals quarterback Joe Burrow, who is 3-0 in his NFL career against Mahomes and the Chiefs.

He is the only quarterback taken No. 1 overall (2020) to reach the conference title game multiple times within his first three seasons.

Burrow is in rare company when it comes to playoff success early in his career. He is the third QB since 1950 to have at least five playoff wins in his first three seasons, joining retired Steeler Ben Roethlisberger (five) and Broncos QB Russell Wilson (six with Seattle).

Burrow has led the Bengals to as many AFC Championship Game appearances (two) as the franchise had combined prior to Burrow’s arrival (the franchise began in 1968).

Ready to get in on the conference championship action? Head over to FOX Bet now!

‘Everyone did their part’ 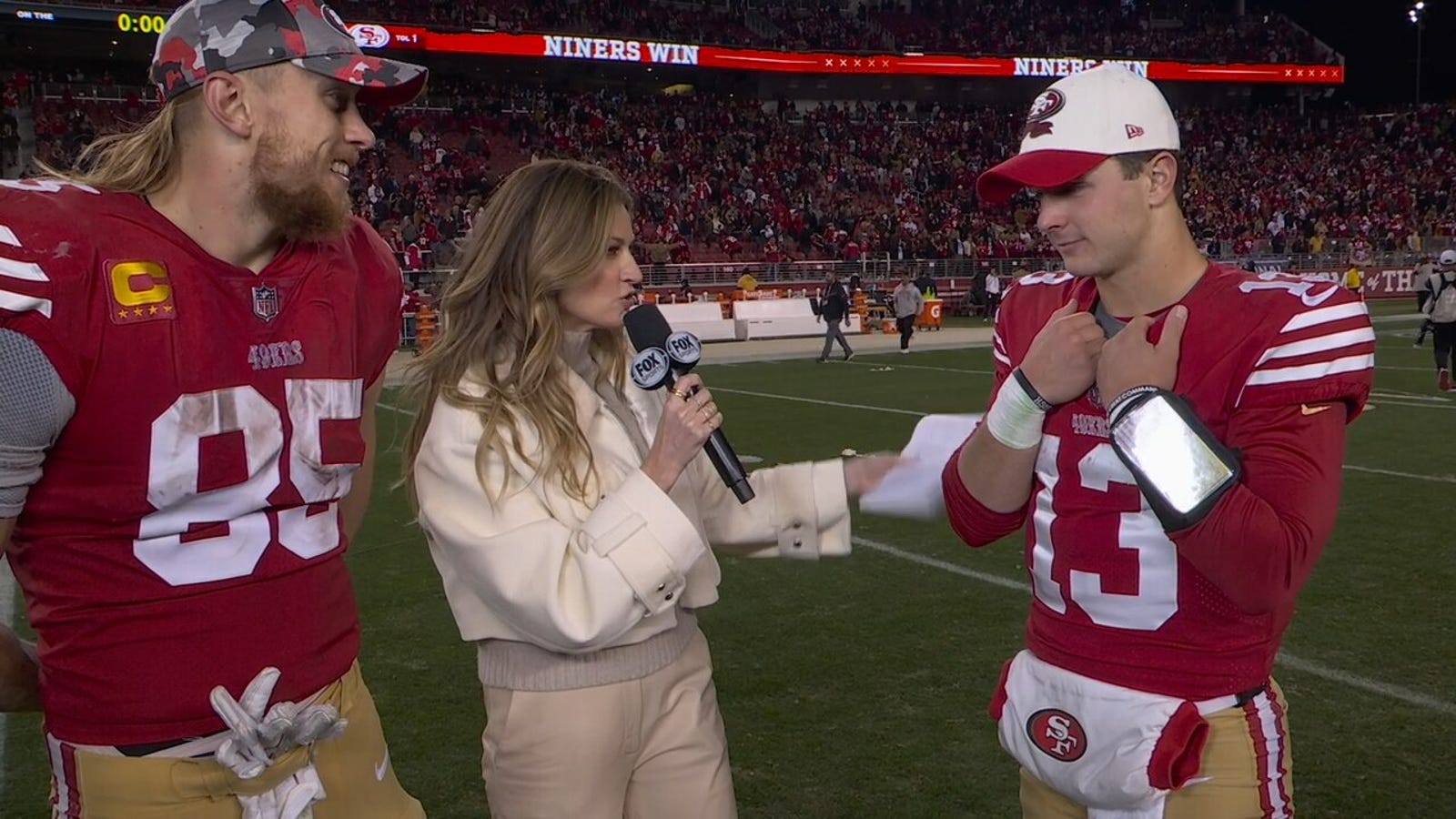 Erin Andrews spoke with George Kittle and Brock Purdy after the San Francisco 49ers’ win against the Dallas Cowboys.

Download the FOX Super 6 app for your chance to win thousands of dollars on the biggest sporting events each and every week! Just make your picks, and you could win the grand prize. Download and play today!