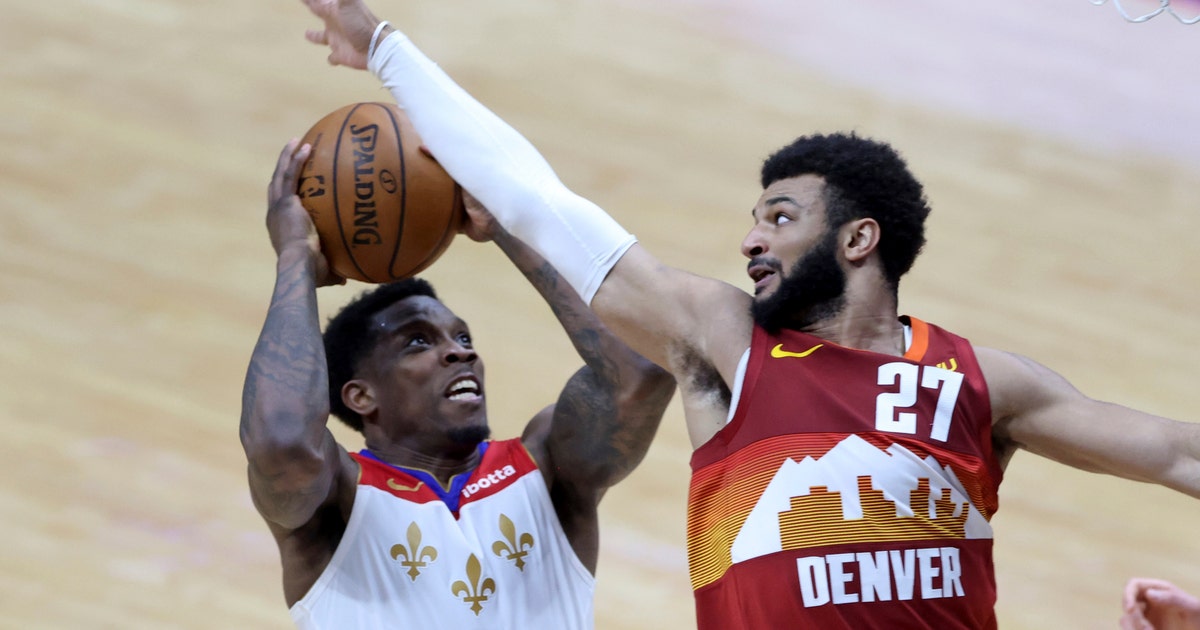 NEW ORLEANS (AP) — Nikola Jokic had 37 points and nine assists and the Denver Nuggets outlasted New Orleans in a tight fourth quarter for a 113-108 victory over the Pelicans on Friday night.

Michael Porter Jr. scored 25 points, and Jamal Murray had 23 points and 11 assists for the Nuggets. They trailed by as many as 14 points in the game and 11 in the fourth quarter, but closed on a 24-8 run.

Zion Williamson had 39 points on 16-of-19 shooting to go with 10 rebounds and two blocks for the Pelicans. But Brandon Ingram had an off-night shooting, missing 12 of 17 shots, including a 3-point attempt from the corner that could have tied it in the final minute.

Eric Bledsoe had 16 points and nine assists, and Nickeil Alexander-Walker scored 14 points for New Orleans. But each time the Pelicans showed signs of pulling away in the fourth quarter, the Nuggets responded.

When New Orleans took a 100-89 lead, Jokic hit a floater to ignite a 7-0 surge that ended with Murray’s steal and layup as he was fouled by Ingram.

After Williamson’s layup put the Pelicans up 102-96, Denver tied it with consecutive 3s by Porter and Paul Millsap.

New Orleans controlled much of the first three quarters, but the Nuggets tightened the game up with a 12-2 run that included Denver coach Mike Malone’s a successful challenge of a blocking call during a Williamson drive to the hoop.

The overturned call prevented Williamson from shooting free throws and Denver scored seven points on their next three possessions, with Jokic scoring four and Porter adding a 3.

Denver rode that momentum to an 85-80 lead when Jokic hit a 3 and Porter dunked late in the third quarter.

But Williamson checked back into the game and fueled a 6-0 spurt to end the period, hitting two driving layups and then blocking Jokic’s shot to send Bledsoe the other way for a fast-break layup.

Williamson, who hit a 3 early but scored most of his points on aggressive moves to the hoop, helped New Orleans rebuild one last double digit lead before Denver buckled down late.

Pelicans: Williamson reached 21 points on a driving left-handed floater off the glass early in the third quarter, giving him 22 straight games with at least 20 points, building on his NBA record for the most such games in a row for a player under 21 years old. … Williamson has scored 30 or more 11 times this season. .. Ingram finished with 13 points. … Jaxson Hayes nullified his own reverse alley-oop dunk in the first half when he caused the rim to snap back up in a way that caused the net to flip the ball back out of the hoop. … Shot 50% (39 of 78) overall and 41.4% (12 of 29) from deep. … Turned the ball over 15 times, leading to 23 Denver points.

Nuggets: Host Atlanta on Sunday in the first of two home dates in three days.

Pelicans: Host Dallas in Saturday night in what could be JJ Redick’s first game against New Orleans since being traded by the Pelicans to Mavericks.