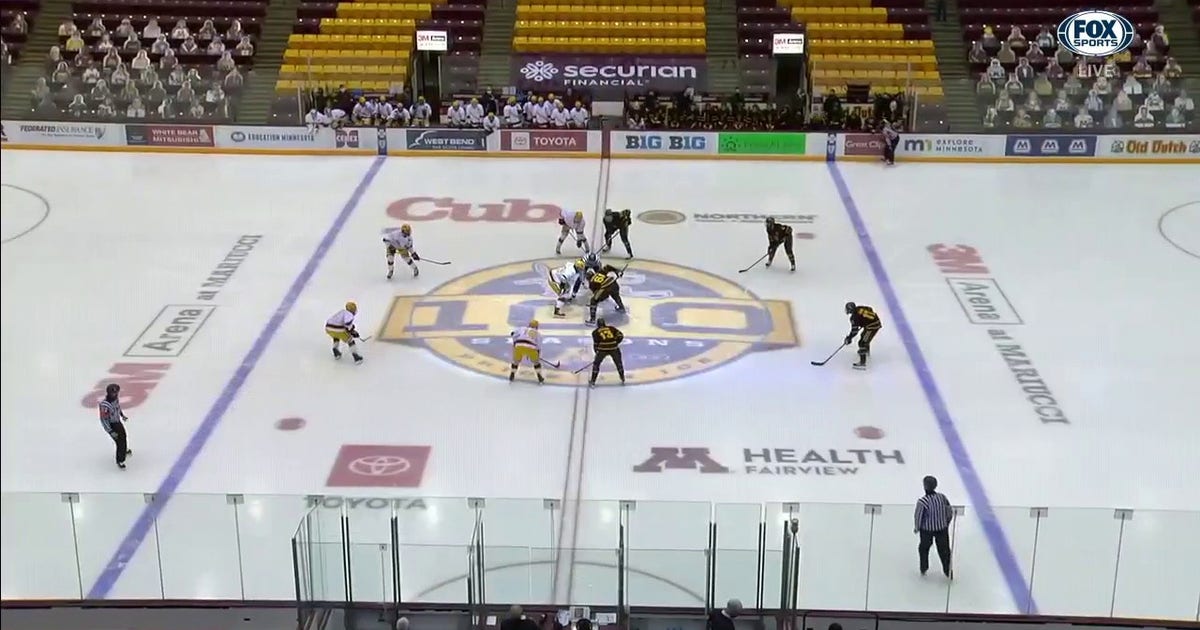 The Minnesota Golden Gophers lived up to their No. 1 ranking in a 4-1 win over the visiting Arizona State Sun Devils.

Minnesota now has an 11-game win streak going back to last year, which is tied for the longest win streak in program history

After giving up a goal in the first period, the Gophers (9-0) scored three times in the second period. Mike Koster tipped in the puck with 17:02 left in the period and Jonny Sorenson gave Minnesota the lead with a goal off a rebound at the 14:53 mark of the frame.

.@Jsoso4 puts back the rebound and puts the #Gophers on top! pic.twitter.com/n0NJ4Z1l5w

Sampo Ranta made it 3-1 Gophers with a backhand shot at 12:02 in the second. He added the team’s fourth goal in the third period to secure the win.

Minnesota will finish up its two-game series against Arizona State on Monday at 7 p.m. at 3M Arena at Mariucci.

Chiefs get Edwards-Helaire back, will be without Bell and Watkins against Bills