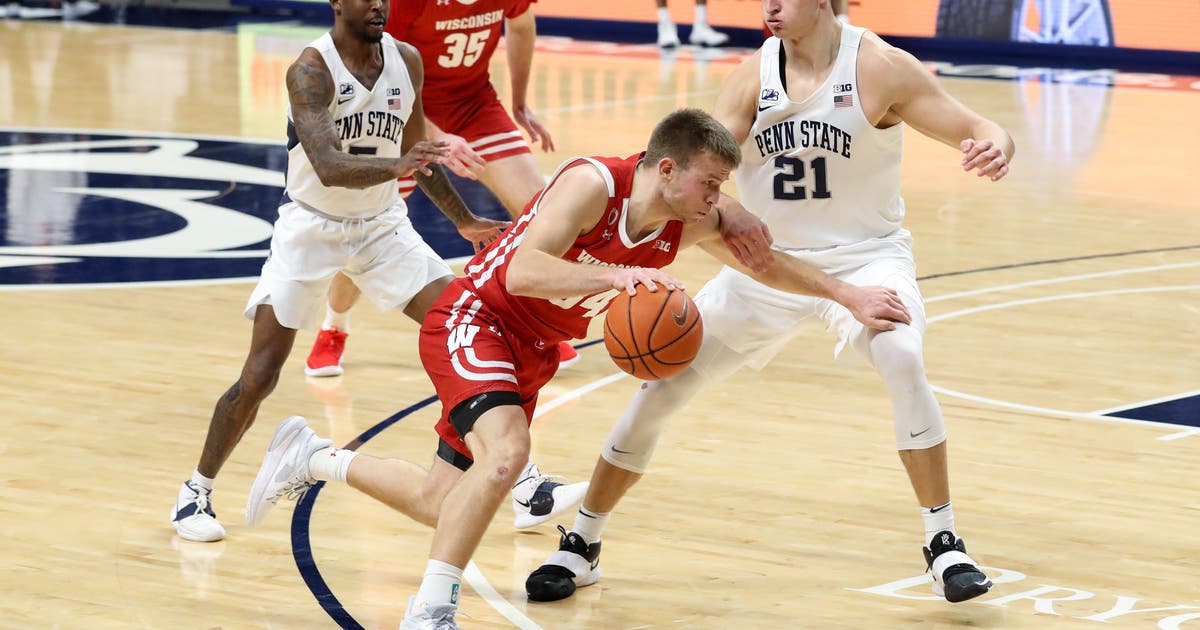 STATE COLLEGE, Pa. — Myreon Jones scored 20 points on 8-for-12 shooting and Penn State snapped a decade-long skid against Wisconsin by beating the No. 14 Badgers 81-71 on Saturday.

Izaiah Brockington added 18 points and John Harrar had 17 for the Nittany Lions (6-7, 3-6 Big Ten), who lost 13 straight against Wisconsin — including eight at home.

Penn State overcame a 34-31 halftime deficit to get its first win in the series since 2011. The Nittany Lions quickly took the lead in the second half after back-to-back baskets by Jones. Brockington and Harrar helped them steadily increase the margin.

Brockington, who a few minutes in set the tone with a high-flying, left-handed dunk, led the surge with eight points in the first 9:25. Wisconsin tried to keep pace, but Harrar was strong in the paint and made a strong and-1 jumper to help Penn State extend its lead to nine with 2:12 to play. Penn State built on it with free throws in the waning seconds.

The Nittany Lions scored 15 points off 12 Wisconsin turnovers and finished with 17 fastbreak points.

Both teams used slick passing to set up quick scoring bursts and swapped the lead eight times in the first half. Wisconsin was slightly better from the floor, however, where the Badgers made 43.8% of their field goals to Penn State’s 37.5%.

They got a boost from Wahl, who scored seven points in a 1:40 span to give the Badgers control heading into halftime. Wahl backed Seth Lundy into the paint twice, spinning toward the baseline for a pretty up-and-under layup on his first make. He mimicked the move on Wisconsin’s next possession, but pivoted the other way and sank a fadeaway jumper.

Moments later, Wahl blocked a layup attempt by Jones, then pulled up in transition for a 3-pointer that put the Badgers up 29-25.

The Nittany Lions made just two of their final 10 field goals, while Ford added a 3-pointer and D’Mitrik Trice made two free throws to end the first half.

Wisconsin: It was a quiet afternoon for Micah Potter, who finished with just six points and didn’t score his first basket until dunking midway through the second half. Meanwhile, the Badgers were dreadful from 3-point range with just six makes on 25 tries.

Penn State: The Nittany Lions looked ready to play in this game and got strong efforts up and down the lineup to improve to 2-3 against Top 25 teams this season.