For the first time this season, Brent Venables’ Oklahoma Sooners felt pressure to be perfect.

Last Saturday, in a 41-34 loss at home to Kansas State, the Sooners learned what pressure can do to even the most talented.

“Pressure reveals who you are, both good and bad,” Venables said.

The Wildcats have handled the pressure well in this matchup, winning two of the last three against two different coaching staffs.

On Saturday, K-State quarterback Adrian Martinez was out there like ’02 Reggie McNeal against the then-No. 1 ranked Sooners. Martinez was unstoppable, and the Wildcats were aided by the fact the Sooners committed 11 penalties and went 4-for-13 on third-down conversion attempts, while Kansas State went 8-for-17. 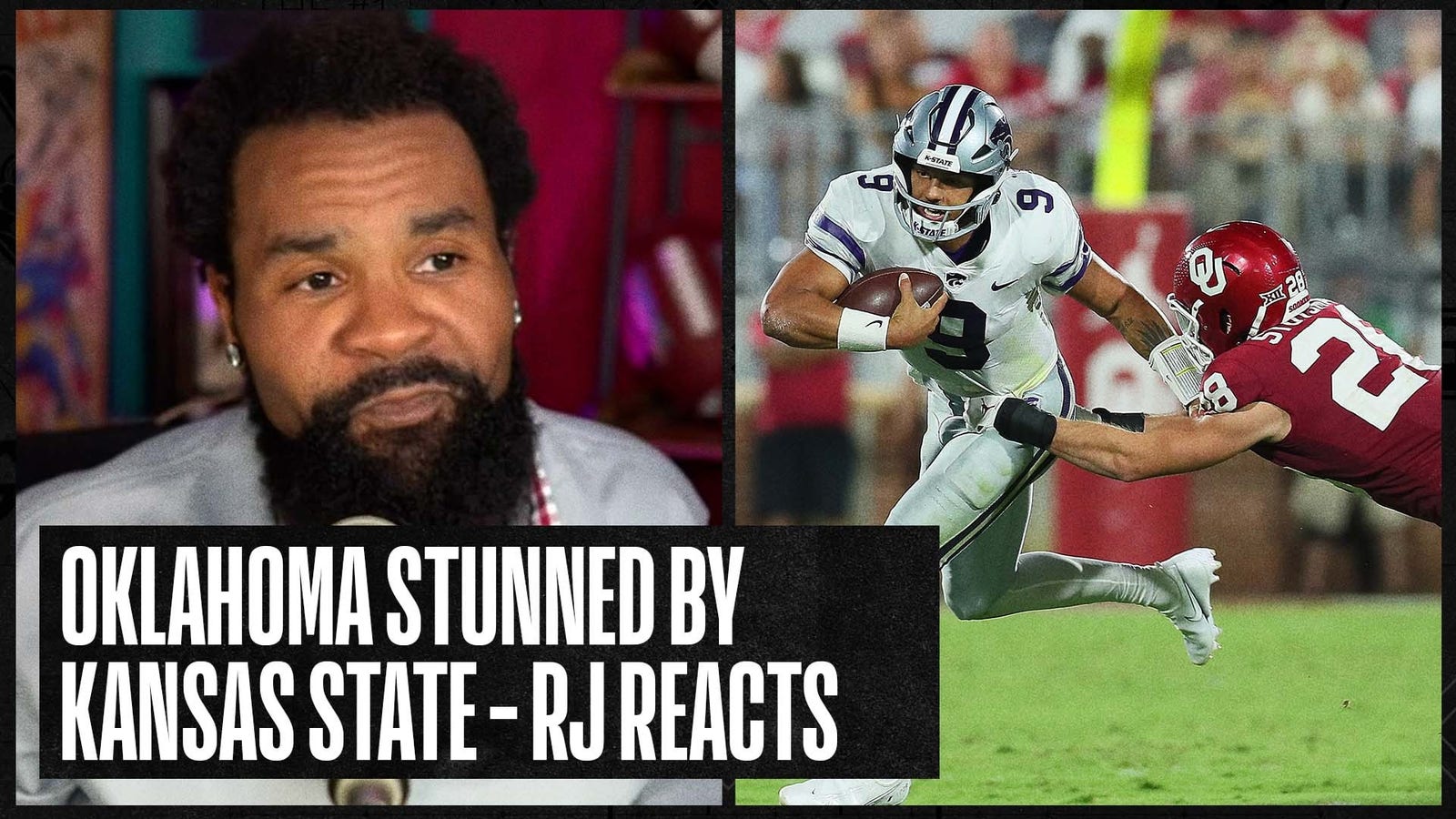 RJ Young reacts to the Oklahoma Sooners falling to the Kansas State Wildcats in Week 4. Kansas State had a day thanks to QB Adrian Martinez’s five touchdowns.

Oklahoma’s linebackers and safeties couldn’t tackle in space and, even worse, didn’t look any more physical than a hotel pillow after a long day — hardly like a Venables defense.

If you’re of the mind that Venables has a sixth sense for recruiting and developing players who were looked over, then I believe you can still think that. He hit the ground running at OU, putting together a healthy 2022 class and a crackerjack coaching staff to boot.

But this defense ain’t anywhere near 2018 Clemson — even 2014 Clemson — so the ceiling isn’t as high as it’s been, and the floor is much lower than it’s been in 10 years.

On the other side of the ball, quarterback Dillon Gabriel has been good — even great — through four games as a Sooner. Against K-State, his stat line makes him look like a Heisman contender: 26 of 39 for 330 yards and four TDs.

But those are the numbers. Heisman contenders — including Oklahoma quarterbacks in the College Football Playoff era — make plays.

Down seven late in the third quarter, Venables put the ball in Gabriel’s hands on fourth-and-3. Offensive coordinator Jeff Lebby called up a play that beat the defense, with wide receiver Drake Stoops running open on a five-yard out. But Gabriel tossed the pass too wide for Stoops to catch.

Dillon Gabriel threw an impressive TD to help the Oklahoma Sooners tie the score against Kansas State in the second quarter Saturday.

On the Sooners’ next offensive series, Gabriel missed the team’s best receiver, Marvin Mims, on a third-and-9 that looked destined to score six and tie the game with a made extra point. On fourth-and-go-get-it, Gabriel didn’t have it.

He had the game in his hands, and he threw passes that two of the most sure-handed wideouts on the roster could only attempt to catch.

The Sooners have been graced with nearly 25 years of sustained success. In fact, as an OU fan, I haven’t experienced a single losing season since I was 11 years old, and I turned 35 in July.

But even more interesting than that is that the Sooners have enjoyed mostly legendary play at the quarterback position during that same time span.

Over two decades, Oklahoma has watched four quarterbacks — Jason White, Sam Bradford, Baker Mayfield and Kyler Murray — win the Heisman Trophy. Three of them were selected No. 1 overall in the NFL Draft.

But it goes much deeper than that. Landry Jones is the program’s all-time leader in passing yards and passing TDs. Jalen Hurts brought OU back from 25 points down against Baylor on the road and led the Sooners to their fourth CFP appearance in five years. Paul Thompson beat Nebraska in the 2006 Big 12 title game. Trevor Knight beat Nick Saban and Alabama in the 2013 Sugar Bowl. Nate Hybl led Oklahoma to a 12-2 season, a Big 12 title and Rose Bowl win against Washington State in 2002. And Josh Heupel led the Sooners to their last national championship win against Bobby Bowden’s Florida State.

Along the way, there were moments when each one of those quarterbacks — from Heupel to Hurts — had to pick up the defense. Saturday was Gabriel’s first opportunity to do that, and he came up short.

What’s unnerving about Gabriel’s performance against K-State is that he walked in with what is the best OU defense the program has fielded in five years. It’s good to remind folks that OU didn’t score against Kent State in Week 3 until there were 18 seconds left on the clock, and that is a reflection of quarterback play, too.

For his part, Venables isn’t worried about the defense or the quarterback play.

Baylor and Oklahoma State gave us all a taste of that last year, and now Kansas, Texas Tech, Texas Christian and Kansas State are threats to join the mix.

RJ Young breaks down Kansas’ impressive victory against Duke and explains why the Jayhawks should be in the top 25.

Every game the Sooners play from here on out is going to be a dogfight, and Venables knows it. It’s time Oklahoma fans made peace with it, too.

There are eight games left to play, and the road to a Big 12 title and CFP selection is still there. But there is no room for error — none.

Fine. Let’s see how the Sooners define themselves.

Like Gary Gaines standing in a circle of worn-out Odessa Permian Panthers before the start of their 1988 season, the stakes were made clear, and the question was asked of the Sooners: Can you be perfect?

Get more from College Football Follow your favorites to get information about games, news and more.

The CFP committee got it right with USC, Alabama, Michigan and others | Joel Klatt Show