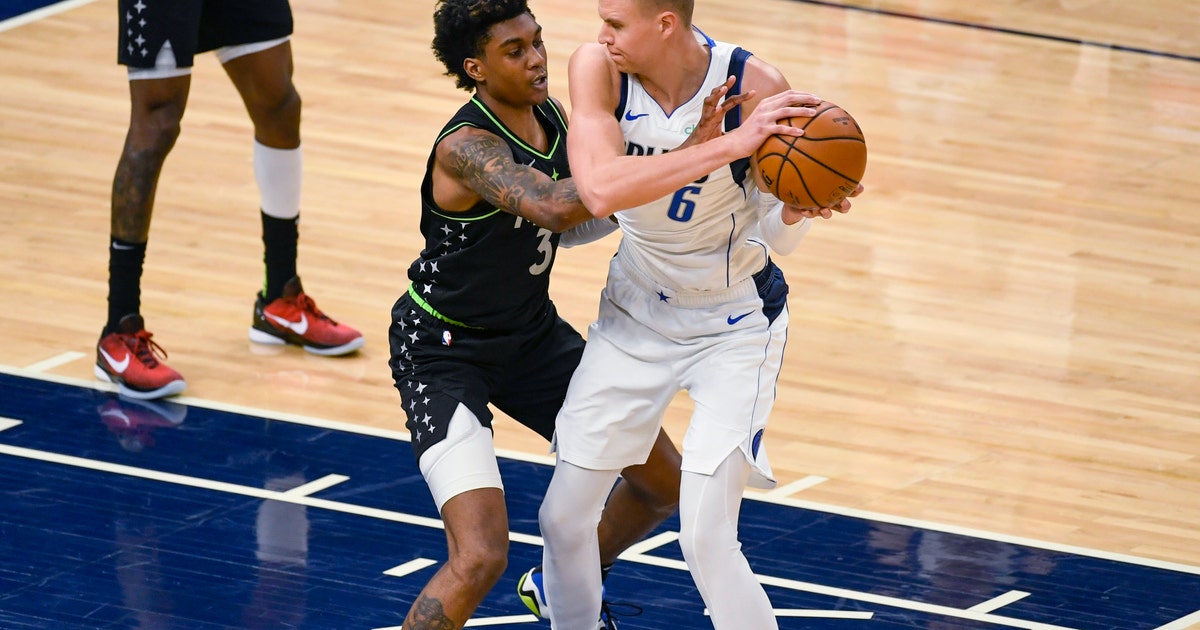 MINNEAPOLIS (AP) — Kristaps Porzingis had 29 points and seven Dallas players scored in double digits as the Mavericks ran away with a 128-108 win over the Minnesota Timberwolves on Wednesday night.

Tim Hardaway Jr. added 21 points off the bench for Dallas, and Luka Doncic finished with 15.

Rookie guard Anthony Edwards led Minnesota with 29 points, including 18 in the fourth quarter. Karl-Anthony Towns had 22.

Dallas has won two games in a row, while Minnesota dropped its third straight.

“If we want to be the best team that we think in our mind that we can be, then these games are must-wins,” Porzingis said. “These are the types of games that we cannot let slip.”

With Doncic quiet in the first half, Porzingis carried the scoring for Dallas. He had 17 points on 6-of-13 shooting as the Mavericks took a 56-55 lead into halftime.

Doncic, who averaged 39 points in his previous three games, was held to five in the first half on 2-of-9 shooting. His second basket came with 8.2 seconds left in the half, giving the Mavs a one-point lead.

Dallas struggled from the floor in the first half, connecting on just 37.5% of its shots (18 of 48). But the Mavericks’ offense clicked in the third quarter and they shot 52% from the field to push the lead to double figures.

“The start to the game was rough, but we hung in,” coach Rick Carlisle said. “We had a rough start to the second half and then got our bearings, got our footing.”

A three-point play by Jalen Brunson in the final minute of the third put the Mavericks up 85-73, their biggest lead to that point. Porzingis followed with a 3-pointer, his third of the night.

Minnesota led by 13 in the first quarter, fueled by big outputs from Towns and Edwards. But that lead slipped away and Dallas tied it at 33 early in the second.

Porzingis didn’t play in the fourth quarter. He came within one point and one rebound of his 10th career 30-point, 10-rebound game.

Dallas grabbed 14 offensive boards and outrebounded Minnesota by a 52-37 margin.

“It’s disappointing,” Towns said. “They got a lot of offensive rebounds, and it hurt us.”

After his 11-point first quarter, Edwards didn’t score again until a pair of free throws early in the fourth.

Mavericks: James Johnson rejoined the team after missing five games for personal reasons. He was available off the bench but did not play. … Doncic and Hardaway both picked up technical fouls.

Timberwolves: G Josh Okogie was originally scheduled to start but was placed on the health and safety protocol list shortly before tip-off. … In the first quarter, Towns extended his franchise record of consecutive games with a 3-pointer to 59.

Mavericks: Return home for a game Friday against Indiana before heading back out on the road for five games.