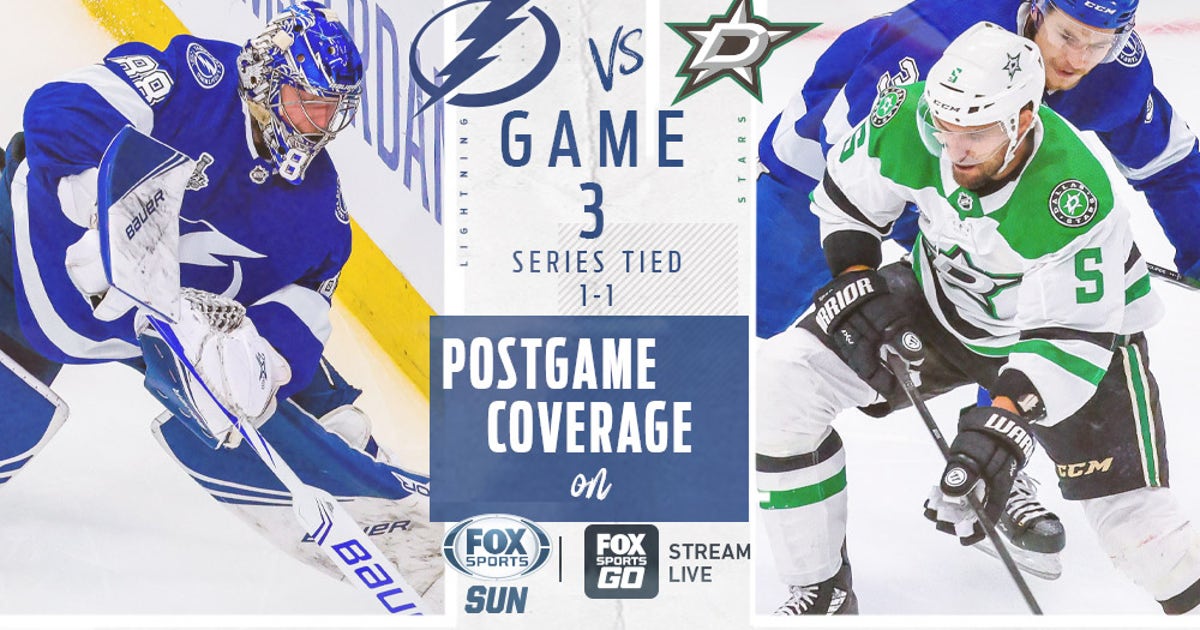 The Dallas Stars and the Tampa Bay Lightning are in a 1-1 series tie in the Stanley Cup Final. The teams meet Wednesday for the fifth time this season. The Lightning won the previous meeting 3-2.

The Stars are 15-12-2 against non-conference opponents. Dallas has scored 42 power-play goals, converting on 21.1% of chances.

The Lightning are 15-9-3 in non-conference play. Tampa Bay averages 9.4 points per game to lead the Eastern Conference, recording 3.5 goals and 5.9 assists per game.

Tyler Seguin leads the Stars with 33 assists and has 50 points this season. Joel Kiviranta has five goals over the last 10 games for Dallas.

Nikita Kucherov has 85 total points while scoring 33 goals and totaling 52 assists for the Lightning. Ondrej Palat has seven goals and one assist over the last 10 games for Tampa Bay.

Michigan inches closer to Michigan St with TD run in by Hassan Haskins, 27-24

‘Trevor Lawrence could be medically cleared to play against Irish next Saturday,’ Bruce Feldman

Fact check: There is no Sen. Rob Donaldson, so posts of...