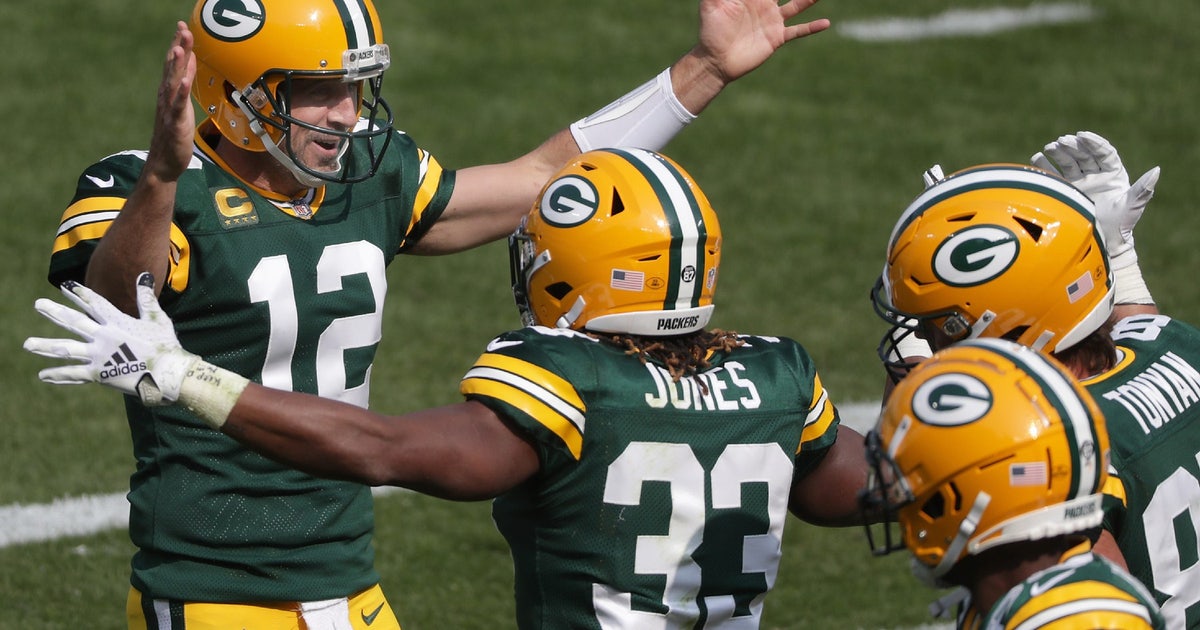 NEW ORLEANS — Unless Drew Brees musters his first vintage performance of 2020, the Saints could struggle to keep up with Aaron Rodgers and the recently potent Packers.

The first two weeks of this season have seen two of the finest quarterbacks in NFL history on divergent paths.

The Packers (2-0) are scoring more than 40 points per game. Rodgers has passed for six touchdowns and has yet to be intercepted.

The Saints (1-1) have played below their usual standard offensively and Brees, the NFL’s all-time leader in yards and touchdowns passing, has been fielding questions about how his arm is holding up at age 41.

“I feel good, borderline great,” Brees said, dismissing the notion that his relatively few downfield attempts is a sign of trouble.

“There are many statistics I do not pay one bit of attention to, and (yards per attempt) would be one,” Brees continued. “I am focused on putting us in positions to succeed, making great decisions, both in the run game and the pass game. … I don’t care how we do it. I honestly don’t. I just want to win.”

Packers coach Matt Lafleur is disinclined to read much into Brees’ slow start. For him, the sample size is too small.

“They’re always at the top in the league in almost every category,” Lafleur continued, adding that defenses should never let their guard down against New Orleans. “As soon as you do, he’s going to go out there and dice you and hang 45 on you.”

The Saints have indeed led the NFL in total offense six times, finished in the top five in five other seasons, and have never ranked worse than ninth since Brees and Payton joined forces in 2006.

But, for the moment, New Orleans ranks 21st in total offense in 2020, while Rodgers and the Packers lead the league.

“We’ve had multiple plays where we have guys that are wide, wide open,” Rodgers marveled. “A lot of that is due to the minor schematic changes we made in the offseason and implemented in training camp.

“When I’m playing on time and in rhythm, the offense I think can be more efficient as long as we have guys open,” Rodgers continued. “The two have been really correlated this year.”

Green Bay’s Aaron Jones rushed for a career-high 168 yards in a 42-21 victory over Detroit and leads the NFL in rushing (234) and yards from scrimmage (312). New Orleans’ Alvin Kamara ranks sixth in yards from scrimmage (241) and has found the end zone twice in each of the Saints’ two games.

There were questions about the health of top receivers on both teams this week.

Two-time All-Pro Michael Thomas, who set an NFL record with 149 catches last season, sat out the Saints’ loss in Las Vegas on Monday night with an ankle sprain and did not take the field when the Saints returned to practice on Thursday.

Packers receiver Davante Adams, who already has 17 catches for 192 yards and two TDs this season, left last Sunday’s victory over Detroit with a hamstring injury.

The Saints have been plagued by 248 yards in penalties, including 129 yards in their Week 2 loss to the Raiders.

“The good news is, it’s only two weeks in and it’ll be a lot more concerning here going forward, if it continues,” Payton said. “So, we’ve got to work harder at it. We’ve got to coach it better and reduce those fouls.”

Packers guard Elgton Jenkins and Saints reserve defensive back J.T. Gray are good friends who grew up together in Mississippi and are former Mississippi State teammates.

“We’ve been playing football with each other since peewee and college,” Jenkins said. “Just being down there and me seeing him play, him seeing me play and not being on the same team, so hopefully (we’ll be) just going down there and putting on a show and we’ll chop it up after the game.”

The Saints announced on Thursday they they’d received approval from state and local officials to allow about 750 family of players, coaches and staff to watch the game in the Superdome from field-level seating behind the New Orleans bench. They will join inactive players who formed a cheering section in a Week 1 victory over Tampa Bay in the Superdome, which was held with no fans.

STREAKS, STATS AND NOTES — The Packers haven’t beaten the Saints in New Orleans since 1995 but have played the Saints on the road only three times since then (2002, 2008, 2014). … Packers’ last win in Superdome came vs. Patriots in Super Bowl on Jan. 26, 1997. … Green Bay went 3-1 in prime-time road games last season. … The Packers and 1991 Buffalo Bills are only NFL teams to total at least 85 points and 1,000 yards through the first two games of season. … Packers lead the NFL in yards per game (505), yards per play (7.11), yards rushing per game (208.5), yards per carry (6.22), time of possession (38:01) and points per game (42.5). … Packers are first team since 2008 Falcons to rush for 400-plus yards and average at least 6 yards per carry through their first two games. … Packers QB Aaron Rodgers has six TD passes and no INTs this season. … RB Aaron Jones had a career-high 236 scrimmage yards and three TDs last week, including 168 yards and two TDs rushing. … Edge rusher Za’Darius Smith had one sack last week and has a sack in both games. … Saints WR Michael Thomas did not play last week with an ankle injury and availability for Week 3 is in doubt. … QB Drew Brees passed for 312 yards and a TD with one INT vs. Raiders in Week 2. … Brees is completing 64.7% of passes through two games. He completed 74.3% last season, second only to his NFL record 74.4% in 2018. … RB Alvin Kamara had 174 scrimmage yards, including nine catches for 95 yards, and two TDs rushing in Week 2. … Kamara has eight games with at least 50 yards rushing and 50 yards receiving since 2017, tied for second most in the NFL. … The New Orleans defense has not allowed a 100-yard rusher in 45 games. … WR Tre’Quan Smith had five catches for 86 yards last week. … DE Trey Hendrickson had one sack and two tackles for loss last week. He has a sack in each of the first two games. … Saints TE Jared Cook played for Green Bay in 2016. He had 30 catches for 377 yards and a TD with Packers. … DT David Onyemata had one sack last week. … Saints will a second home game without fans in the Superdome this season because of coronavirus pandemic. … Fantasy tip: Rodgers has passed for at least 300 yards in each of his last three games against the Saints and could be tempted to throw a lot this week after the way the New Orleans secondary struggled in Las Vegas in Week 2.