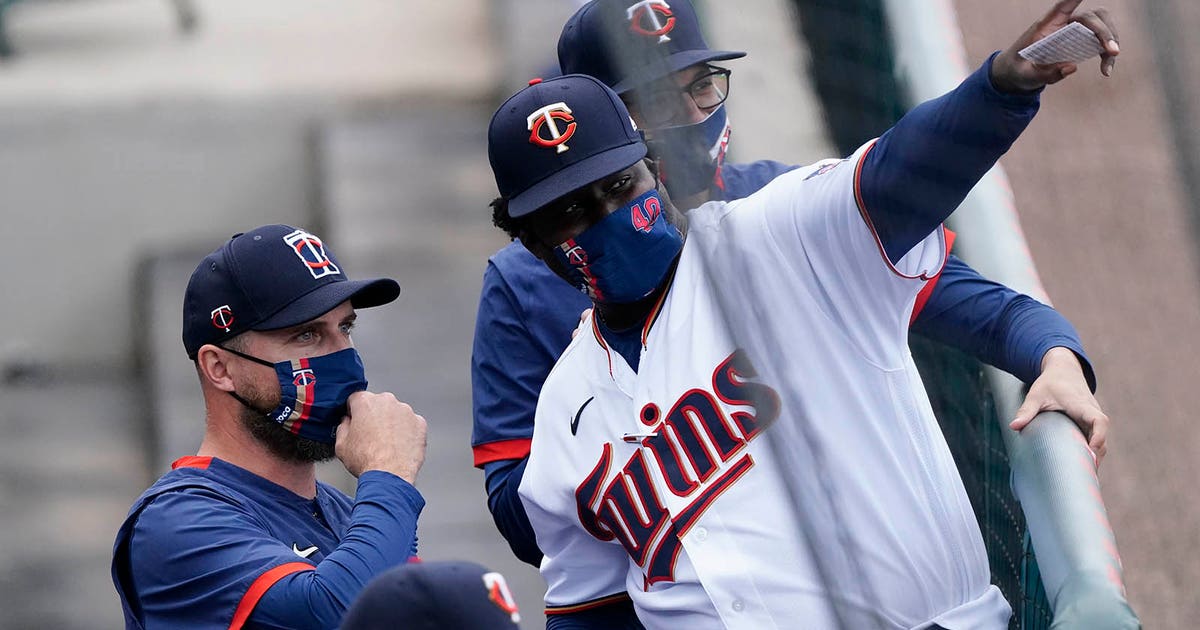 MINNEAPOLIS — The Minnesota Twins have returned largely the same team that won the last two AL Central titles and added some accomplished newcomers to help fill a few holes.

For all the familiar spring optimism, the franchise’s historic fall failures loom large. Even Rocco Baldelli, as easygoing a manager as there is in the major leagues, won’t pretend to ignore that all-time-record 18-game postseason losing streak.

“We have to play better. We’re going to stand up raise our hands and say that, but I also know that looking in that clubhouse that those are the right guys to do the job. Those are the guys who are going to go out there and win our next playoff game,” said Baldelli, who’s entering his third year with the Twins and has overseen five of the losses.

Hitting was the biggest problem last season. The Twins scored the second-most runs in baseball in 2019 but ranked just 18th last year. In their two-game sweep by Houston in the opening round of the postseason, they totaled two runs on seven hits.

The Twins will be banking on bounce-back years by catcher Mitch Garver, right fielder Max Kepler and first baseman Miguel Sanó, and healthier seasons for third baseman Josh Donaldson and center fielder Byron Buxton. The arrival of four-time Gold Glove award-winning shortstop Andrelton Simmons has allowed the offense-oriented Jorge Polanco to move to second base and put .331 career hitter Luis Arraez in the super-sub, multi-positional role. The only regular who departed was left fielder Eddie Rosario.

“We have a really good offensive group,” Baldelli said. “We have a lineup that is capable literally of anything on any given day. I enjoy writing out our lineup, believe me. I wish I could say we went out there in the playoffs and did what we expected to do. We didn’t, but I think it’s certainly not far-fetched that in our next playoff game — whenever that may be — that we will be there and be ready to score a bunch of runs.”

The biggest boost to the pitching staff this year might actually be Simmons, who has been hampered by ankle injuries in each of the last three seasons but can field this vital position as well as anyone in the game.

J.A. Happ and Matt Shoemaker, with a combined 22 years in the majors, were added on low-risk contracts to fill out the rotation. Likely closer Alex Colomé was plucked from the bullpen of the Chicago White Sox, who’ll almost certainly be the primary competitor in the division. Hansel Robles, who had a rough 2020 with the Los Angeles Angels, was another addition with ninth-inning experience who’ll be asked to handle late-game outs along with Taylor Rogers and Tyler Duffey.

Alex Kirilloff played so well in the intrasquad games at the team’s alternate training site during the pandemic-altered season that he became the rare player to make his major league debut in the playoffs. The 2016 first-round draft pick is on track to take over for Rosario in left field, but if the team decides to start him in Triple-A then another top-grade prospect, Brent Rooker, could get the bulk of the early playing time. Behind them is 2018 first-rounder Trevor Larnach, giving the Twins a wealth of young outfield talent to tap for years to come.

Buxton’s tantalizing skill set has been frequently off limits to the Twins due to a litany of injuries over his career, largely due to bad luck or his aggressive style. The 27-year-old center fielder, who hit 13 homers in 130 at-bats last season, added 10 or 15 pounds of muscle during winter training.

Kenta Maeda, who finished second in the AL Cy Young Award voting in his first season with the Twins, will start the opener on April 1 at Milwaukee. José Berríos will follow him in the rotation.

“I’m so happy that I may be floating a little bit,” Maeda said through his interpreter after being told by Baldelli of the assignment. “When I first came over to MLB, being an opening day starter was something that I never dreamed of.”

BEEN A LONG TIME

The Twins last won a postseason game in 2004 and haven’t advanced to the next round since 2002. The only team that has been waiting longer is the Seattle Mariners, who haven’t made the playoffs since 2001. The Cincinnati Reds have not advanced in the postseason since 1995, but they did experience a win in the playoffs as recently as 2012.

The 10,000 fans with tickets to the first home game on April 8 against the Mariners won’t be worrying about that postseason skid, only giddy to be back at Target Field again after COVID-19 kept the gates closed in 2020. The ballpark for now will be open to 25% capacity.

“As much as I loved watching our team play, I found the environment to be soulless,” team president Dave St. Peter said, “and I never really want to experience it again.”