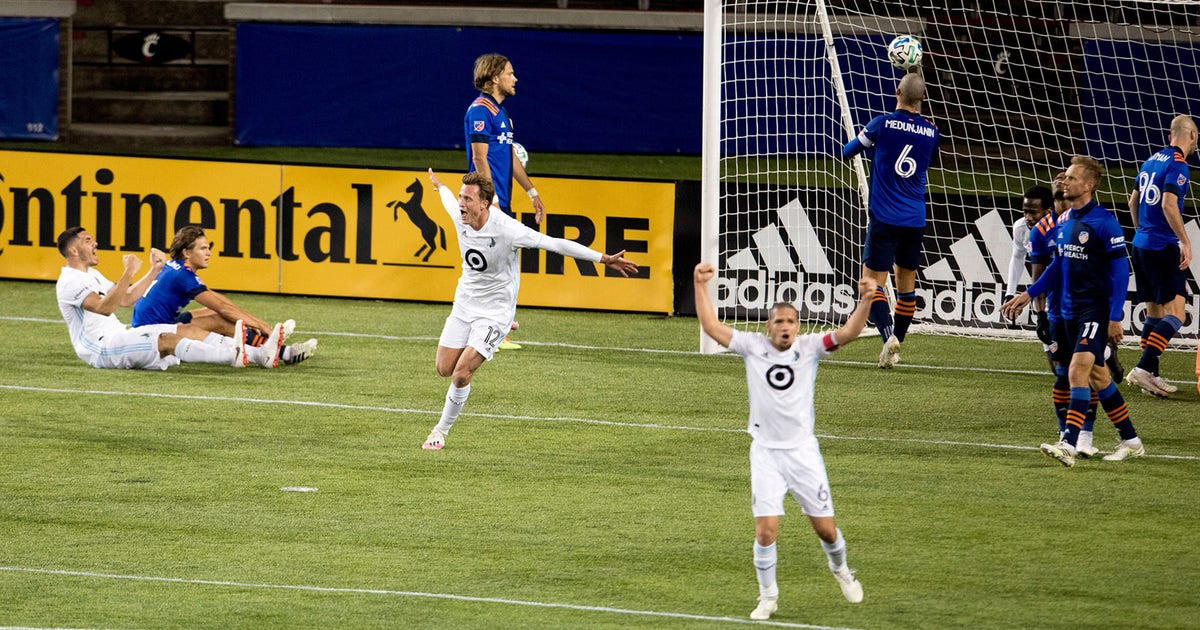 CINCINNATI — Aaron Schoenfeld scored his first goal of the season in the 92nd minute, sending Minnesota United to a 1-0 victory over Cincinnati on Saturday night.

Michael Boxall hit the right post with a header off a corner kick and Schoenfeld knocked the rebound between the legs of goalie Spencer Richey in the final minute of stoppage time. Schoenfeld entered the game in the 76th minute.

Dayne St. Clair made two saves for the shutout.

Minnesota (7-5-6) is undefeated in its last six games. It came away with three points on the road after having to settle for three draws in its previous four matches.

Cincinnati (4-12-4), last in the East Division, fell to its sixth loss in its last seven games.

Greg Jennings on Packers making SB: ‘They have what it takes, but it’s going to be up to the others’

Heavy rain and some snow as system moves from Gulf of...

Greg Jennings on Packers making SB: ‘They have what it takes,...

Robert Saleh has emerged as a Lions head coaching candidate —...