Home Sport Shields, other ex-NFL players are helping get out the vote in communities 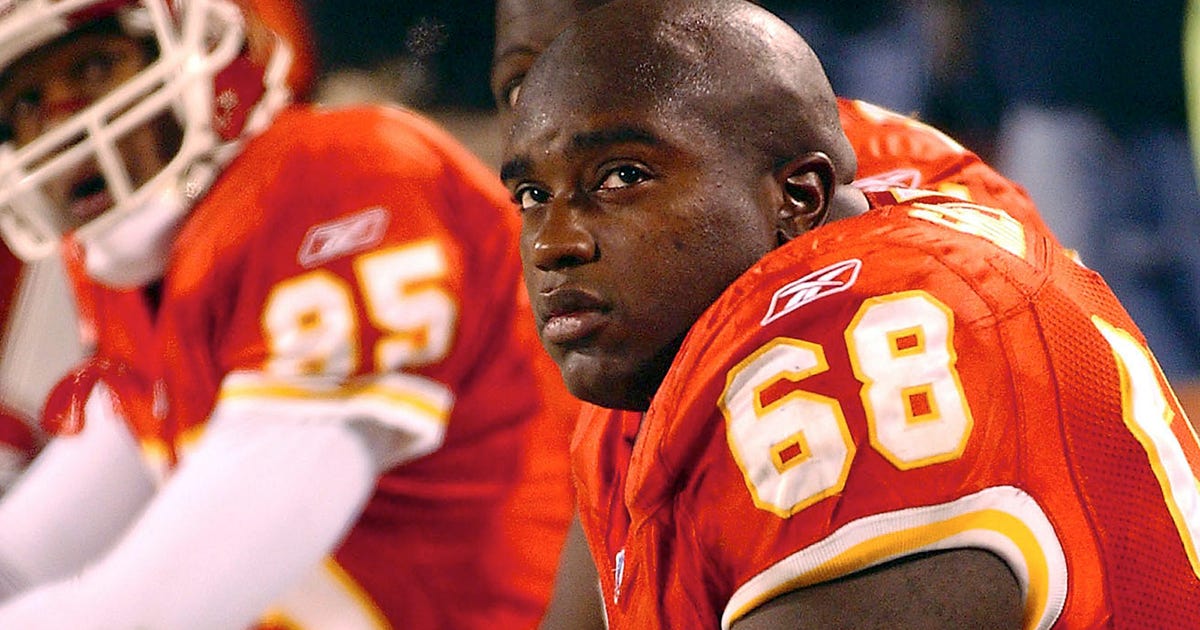 While 14 NFL franchises are using their stadiums in the voting process, former players such as former Kansas City Chiefs guard Will Shields, a Pro Football Hall of Famer, are going into communities to help with registrations and mail-in ballots.

Shields, who received the league’s Walter Payton Man of the Year award in 2003 and was a member of the 2000s All-Decade Team, recognizes the importance of “doing your part.”

Through his Will To Succeed Foundation, partnering with the Black Archives Youth Coalition Network, Shields held a get-out-the-vote event Tuesday at the Black Archives of Mid-America in Kansas City, Missouri. Other such initiatives are planned for the Kansas side of the city and in more communities heading toward the Nov. 3 elections.

Tuesday was the first day in Missouri when citizens could vote, using ballots they could take to Union Station and cast.

“We had a registration set up at Black Archives where people who needed to change addresses or needed a notary or needed to register could do so,” Shields says. “To make sure everything was done and proper. We’re trying to make it easy for people to vote and do it for free so they don’t have to go through any hoops.

“We just want to make sure everybody gets an opportunity to cast their vote and everyone can be saying, ‘Hey, I actually did my part, to get my say in and be part of the community,’ and making sure they had time and a place to do it.

“We even had a van set up for those who had pre-registered so they could go to (Union Station) to cast their vote.”

Shields and two other former players — Chester Pitts and Steven Jackson — who are involved in “boots on the ground” programs stress the need to provide all sorts of services to help people vote.

In the Austin, Texas, area Pitts, who played nine pro seasons as a guard and tackle, has been directly involved in getting out the vote for years. Often, he has chartered a bus and helped the elderly get to their polling places. He has similar plans for this fall during the coronavirus pandemic.

“We ended up taking a lot of seniors that absolutely wanted to go vote — and we were more than happy to drive them in the van or bus. It was like a shuttle service going back and forth,” Pitts says.

“We have had some discussions of social distancing on a bus and wearing masks, but when you are talking about a population at a much higher risk for COVID-19, should you really have to risk it all to have to go vote? There are a whole lot of people who risked it all for others to be able to vote. Should we be having a conversation wrapped around that in 2020? How is it not a no-brainer for everyone to have the ability to go vote?

“I own a school bus for my residential treatment center for young girls … and will use my bus — and, really, for anybody who needs a ride to get to vote, we will get a ride for them. We are licensed to visit other facilities, senior facilities. We will make sure we have all the rules and understand the same rules as public buses have. If there is a way to help someone to get to exercise their public right to vote, we will do that.”

Naturally, the pandemic has placed obstacles in the way of, well, everything. Actually getting into the community physically is a challenge.

Jackson, a Pro Bowl running back for the St. Louis Rams who played 12 NFL seasons, finds value in social media for reaching the public — particularly youths.

“It is powerful as a retired guy to see what has been happening,” he says. “I thought I was bringing light in the St. Louis community because I was active there for so long. But I also know we have so far to go, and how these young people have social media and how they can learn so much of what they need to know about voting and government.

“Social media can be a great tool, it sure can. A lot of times we see that social media can be used for very divisive things. But if you have people who want to learn, with curious minds — and let’s say they have favorite athletes, and those athletes shared on social media what they are doing in their community — those things are powerful for getting out the word. If you put a jacket on it, those are things I like to be a part of.”

Jackson, Pitts and Shields are encouraged to see current players getting out the vote, too. They believe the platform of any professional athlete should be directed primarily toward community service.

One of those active players, Titans tight end MyCole Pruitt, stresses that voting is “the first step we have to take in fixing things. Obviously, there’s no quick fix, there’s no instant fix. Some of these ideologies have been around for 400-plus years, and that’s something that’s hard to just easily fix.

“But if we take that first step,” he adds, “and go out and vote, hopefully, we can make this place a better place for our children and the future.”

Cyclist tackles 205m challenge with no brakes or gears

'It just won't be so exhausting': Obama debuts his closing argument...