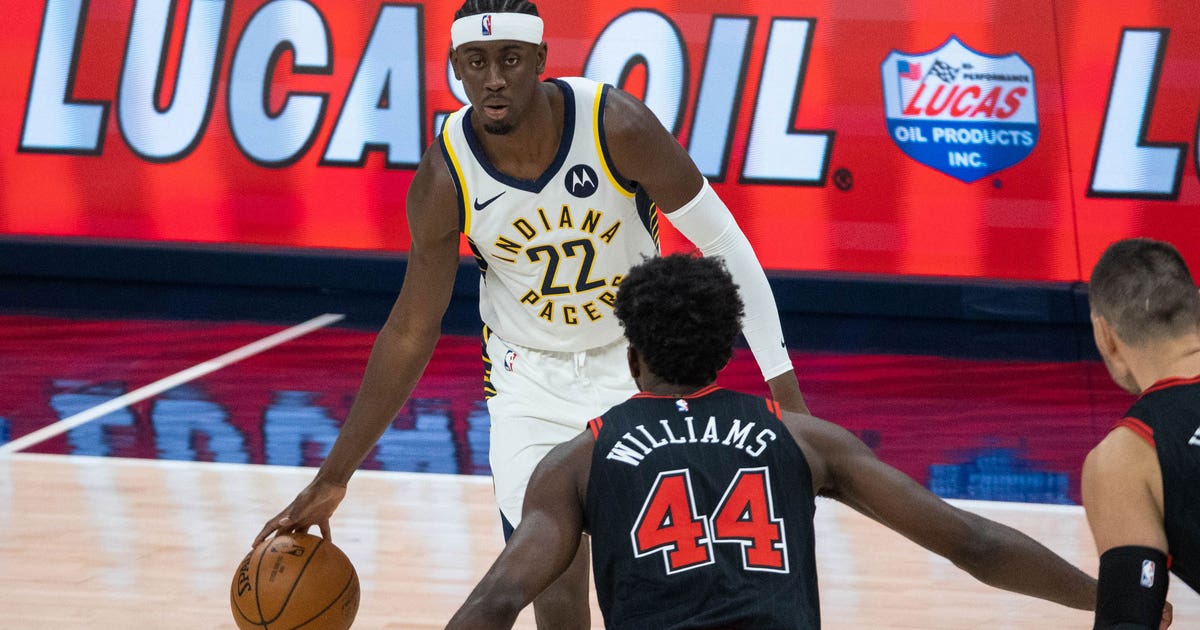 Chicago has won two straight since snapping a six-game losing streak and moved within one game of the Pacers for the No. 9 spot in the Eastern Conference. Vucevic also had five assists while going 14 of 29 from the field. All-Star Zach LaVine added 19 points, eight rebounds and six assists.

The combination was simply too much for Indiana, which started the game without two-time All-Star Domantas Sabonis (sprained left ankle) and guard Malcolm Brogdon (sore right hip), before losing Myles Turner in the third quarter with a sprained left ankle.

Caris LeVert led the Pacers with 20 points and six rebounds. Edmond Sumner and Jeremy Lamb each scored 15 points as Indiana lost for the ninth time in 10 home games.

Chicago took control with a 15-3 run early in the second quarter, taking a 45-33 lead. It was never really close afterward. The Bulls led 62-49 at halftime. When the Pacers cut the deficit to 81-72 in the third quarter, Chicago answered with a 9-0 run.

Bulls: Chicago won the season series 2-1 with the road team winning each game. … Vucevic posted his 33rd double-double this season. He was tied for fourth in the league entering the game. … Thaddeus Young had 14 points, seven rebounds and five assists against his former team. … Lauri Markkanen had 15 points and Coby White had 13 points.

Pacers: LeVert has scored in double figures 10 times in 13 games since returning from surgery to remove a cancerous growth on his left kidney. … Turner had 10 points and has now had at least one block in 64 consecutive games. He wound up with three blocks. … Doug McDermott scored 11 points.

Indiana played just its fifth home game since the All-Star break Tuesday, a span of 32 days in which the Pacers also shared Bankers Life Fieldhouse with the NCAA men’s basketball tournament and the four boys basketball state championship games. But given their home woes, they might have appreciated a little time on the road. The Pacers are 8-15 on their home court this season. And with 13 games remaining at Bankers Life, they’ll need a strong finish to extend the NBA’s longest active streak of consecutive winning seasons at home to 32.

The Pacers played most of the second half without four of their projected opening day starters. In addition to Brogdon, Sabonis and Turner, T.J. Warren, last season’s top scorer, will miss the rest of the season with a stress fracture in his left foot. Lamb played despite having a sprained right toe, and backup center Goga Bitadze left in the first half after he appeared to suffer a head injury. He replaced Turner in the second half.

Bulls: Visit Toronto in Tampa, Florida, for a makeup game on Thursday.