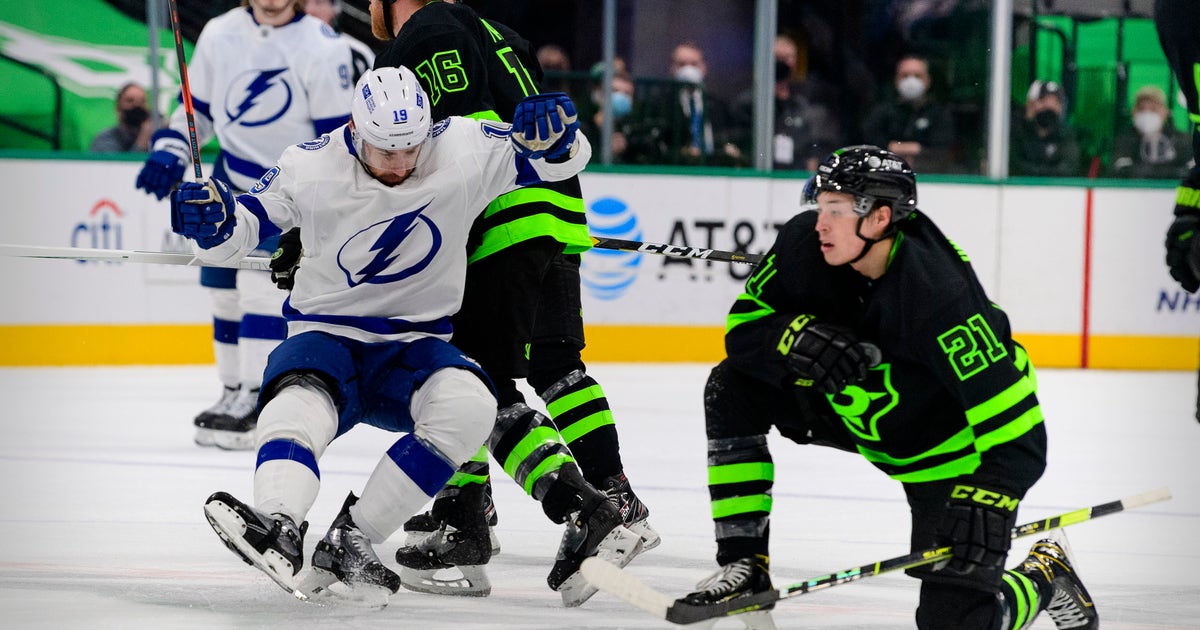 Vasilevskiy made 16 saves as the NHL-leading Lightning won their fifth straight overall and improved to 4-0-0 this season against the Stars. Tampa Bay beat Dallas in six games in the fall.

Roope Hintz scored his ninth goal and Anton Khudobin stopped 24 shots for Dallas, which has lost four of its last five games (1-2-2).

Stamkos’ one-timer from the left circle deflected off the stick of Stars defenseman Andrej Sekera and tied the score at 8:16 of the second period on the power play for his team-best 16th goal of the season. About four minutes later, Gourde scored unassisted on the rush, giving him goals in four straight games.

Hintz took a pass from Jason Robertson on the goal line, skated across the crease and slipped a backhander in on Vasilevskiy’s glove side for a power-play goal at 3:33 of the first period. That gave the Stars their first lead on the Lightning this season.

The Lightning killed overlapping penalties late in the third period that included 1:29 of 5-on-3.

The Lightning are 18-0-0 when leading after two periods, and Vasilevskiy is 9-0-3 vs. Dallas in regular-season play. … Robertson recorded his 14th assist and went into play tied for second in rookie assists. … McDonagh missed his first game of the season. Coach Jon Cooper hopes McDonagh will return during the three-game trip that will end Sunday.

The Lightning and Stars wrap up a two-game set on Thursday.