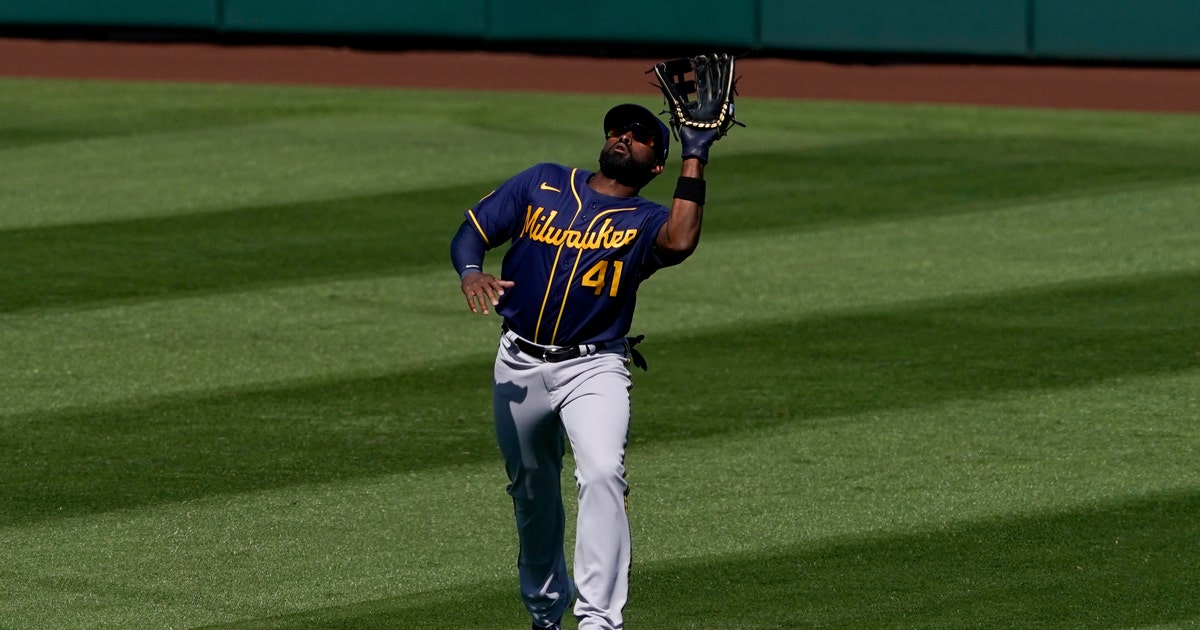 Jackie Bradley Jr. has been one of baseball’s best defenders since 2018 — it’s hardly a secret — and the Milwaukee Brewers are counting on his addition this season paying dividends, hopefully, in the form of a championship run.

Bradley Jr. is the one out of the bunch, however, that stands near the top of the list of players who have turned balls hit their direction into outs since 2018. The only outfielder ranked above him is his former teammate, 2018 AL MVP Mookie Betts, who now plays for the Los Angeles Dodgers.

Cain checks in at the ninth spot on this chart, and understandably so, he won a Gold Glove in 2019.

Bradley Jr.’s also the only center fielder since 2018 to record multiple seasons ranked in the top-10 of Fangraphs’ Revised Zone Rating — the same metric mentioned above — that tracks “the proportion of balls hit into a fielder’s zone that he successfully converted into an out.”

It’s worth mentioning that García sits directly below the cutoff — he posted a .946 RZR in 2020. MLB’s most recent season dominates this list because of its shortened schedule resulting in fewer opportunities for error.

The 30-year-old Bradley Jr. is one of two headliners among Milwaukee’s new-look defense, alongside former St. Louis Cardinals second baseman Kolten Wong, who joined the team in February.

The club’s obvious commitment to strengthen its defensive forces will, of course, lend itself to a higher level of scrutiny come the regular season, but if history has proven anything, Bradley Jr. makes tough outs look easy.

Another Fangraphs formula paints the picture even clearer: Bradley Jr. ranks third among all outfielders since 2018 in what’s called “outfield arm runs,” which measures a fielder’s success rate in throwing out runners or preventing runners from advancing bases.

Essentially, Bradley Jr. has been about as effective as he could possibly be since winning a Gold Glove in 2018.

That award-winning season still dwarfs the rest of the field — it’s the gold standard over the last three years.