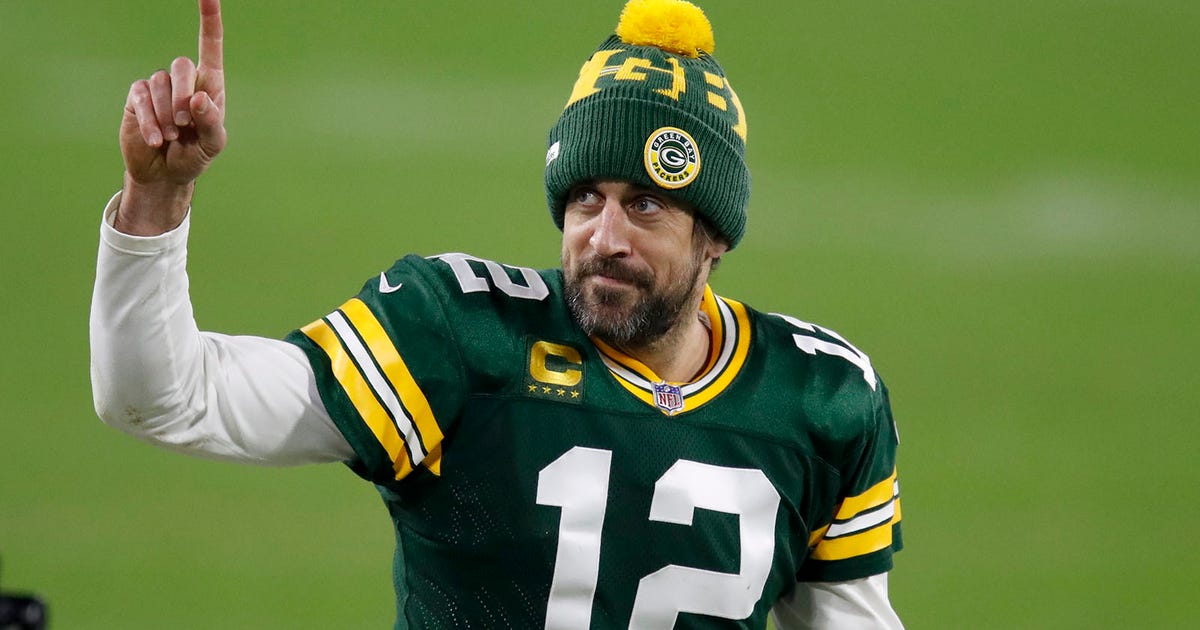 If Rodgers can keep Green Bay’s playoff run alive with a win over Tampa Bay on Sunday, he’ll boost his playoff legacy, further guaranteeing himself a bust at the Pro Football Hall of Fame.

By the time a new Super Bowl champion is crowned, Rodgers could be sitting in the top two or three of just about every all-time NFL playoff passing record.

Of all the NFL quarterbacks who’ve lined up under center in a playoff game, Rodgers ranks seventh in completions. With 34 more, he’ll surpass former teammate Brett Favre for the No. 3 spot. Brady, the leader in the clubhouse by over 400 completions, will also be adding to his total Sunday.

Rodgers ranks seventh all-time in passing yards. He needs 533 yards to shoot up to third all-time behind Tom Brady and Peyton Manning. Rodgers likely won’t get there Sunday against the league’s eighth-best passing defense in Tampa Bay, but 533 yards over two games (if the Packers get to Super Bowl) is more than doable.

Now, over to passing TDs. Rodgers is three shy of Joe Montana for second place. Tossing four touchdowns — something he did in seven of 16 games this season — would land Rodgers all alone in second place.

And finally, Rodgers ranks fifth in career playoff passer rating. This one’s a bit harder to predict, but Rodgers has registered a 100+ passer rating in two of his last postseason contests. Look out, Pat Mahomes.

Of course, at the top of all those lists is Brady, dubbed the Greatest Of All Time with six Super Bowl rings. The NFC Championship game will mark the fourth career meeting between Rodgers and Brady as starting quarterbacks.

Civil war within the GOP continues as Trump fires back at...

Ted Cruz ‘traitor’ billboards go up in his Texas neighbourhood