The divisional round has come to a close. With only four teams left in the NFL playoffs, how do I rank my favorites to win the Super Bowl?

Here are last week’s rankings. After a turbulent weekend, a lot has changed.

I’m guilty, just like most who cover the NFL, of not respecting the Bengals’ chances to return to the AFC championship game after they won the conference last season. But here they are, preparing to face Kansas City once again after dominating the Bills in Buffalo. The Bengals beat up the Bills in the trenches, even without three starting offensive linemen. I cannot explain why the Bengals offense continues to work without their starting offensive line. Their running game was better today than it was last week. Joe Burrow continues to be Joe Cool. That dude makes every single throw that’s needed, avoids pressure in the pocket with ease and is ready for every situation. The Bengals defense continues to be criminally underrated. They pressured, hit and disrupted Josh Allen all game. It was the Bills’ lowest scoring output of the season.

The Bengals absolutely deserve to be the favorite in Kansas City this weekend. They’ve beaten the Chiefs three straight times, including last season in this exact game. This Bengals team is more well-rounded, being better on defense and special teams. The Bengals do not make crippling mistakes, have terrible turnovers or bad penalties. This helps them against a Chiefs team that can be sloppy. If the Bengals get by the Chiefs, I think you’d feel awesome about their chances to win the Super Bowl this season.

The Eagles looked great Saturday against a Giants team that wasn’t talented enough for the moment. However, elite teams should crush weaker opposition at this stage of the season, so that just checks a box for me. While Jalen Hurts has said he’s not 100%, it didn’t show on Saturday night.

The Eagles offense, with right tackle Lane Johnson gutting it out, mashed the Giants defensive line. The Eagles defense did its part, including a defensive line that met almost no resistance. Things will be much tougher this weekend against the 49ers, but Philadelphia’s offensive line and quarterback should give them an edge over San Francisco. The Linc is a tough place for the visiting team to win, and if the Eagles do win, they will not face a better defense in the Super Bowl. They’re much better in the trenches than any other team left. Jalen Hurts displayed his versatility as he accounted for three TDs and 188 total yards in the Philadelphia Eagles’ 38-7 victory over the New York Giants.

The Chiefs have the best offense left in the postseason, but their quarterback has an ankle injury. Mahomes injured his ankle late in the first quarter against Jacksonville, then sat out the second quarter before playing the entire second half. He looked off in the third quarter but played well considering his limitations in the fourth. He’s going to play against the Bengals, but how healthy will he be?

Can the Chiefs offense solve the Bengals defense, which seem to cast a spell on the high-powered group, shutting them down with a variety of coverages and quality pass-rushing?

The Chiefs defense has played better of late, with their younger secondary players starting to show some skills as they gain experience. However, their inability to generate pressure with four pass-rushers has me worried against the Bengals. Sitting in zone and not allowing the big play can work for a while, but unless you force negative plays, Burrow will just take the easy yards to keep his offense moving.

On top of that, the Chiefs special teams are not special. They are ranked 32nd for a reason. They gave Jacksonville short fields multiple times and that’s a brutal formula against the Bengals.

Lastly, the Bengals have the Chiefs’ number. I cannot rank Kansas City ahead of Cincinnati until the Chiefs beat this iteration of the Bengals.

Joe Burrow, Patrick Mahomes, Jalen Hurts…Brock Purdy. One is not like the others. And this is what sets apart the 49ers. They are the most talented team of the final four left, but have the worst quarterback. The Niners scored one touchdown on Sunday, despite getting the ball at the Cowboys’ 21-yard line after an early Dak Prescott interception.

Brock Purdy is good when the offense is on schedule, running the ball, completing short passes and staying out of long third downs. But any negative plays put this offense in a bad position where Purdy does not have much success. He doesn’t make the special plays that either of the three quarterbacks left in the postseason can make.

“We’re the best in the world:” Fred Warner speaks about 49ers’ defense 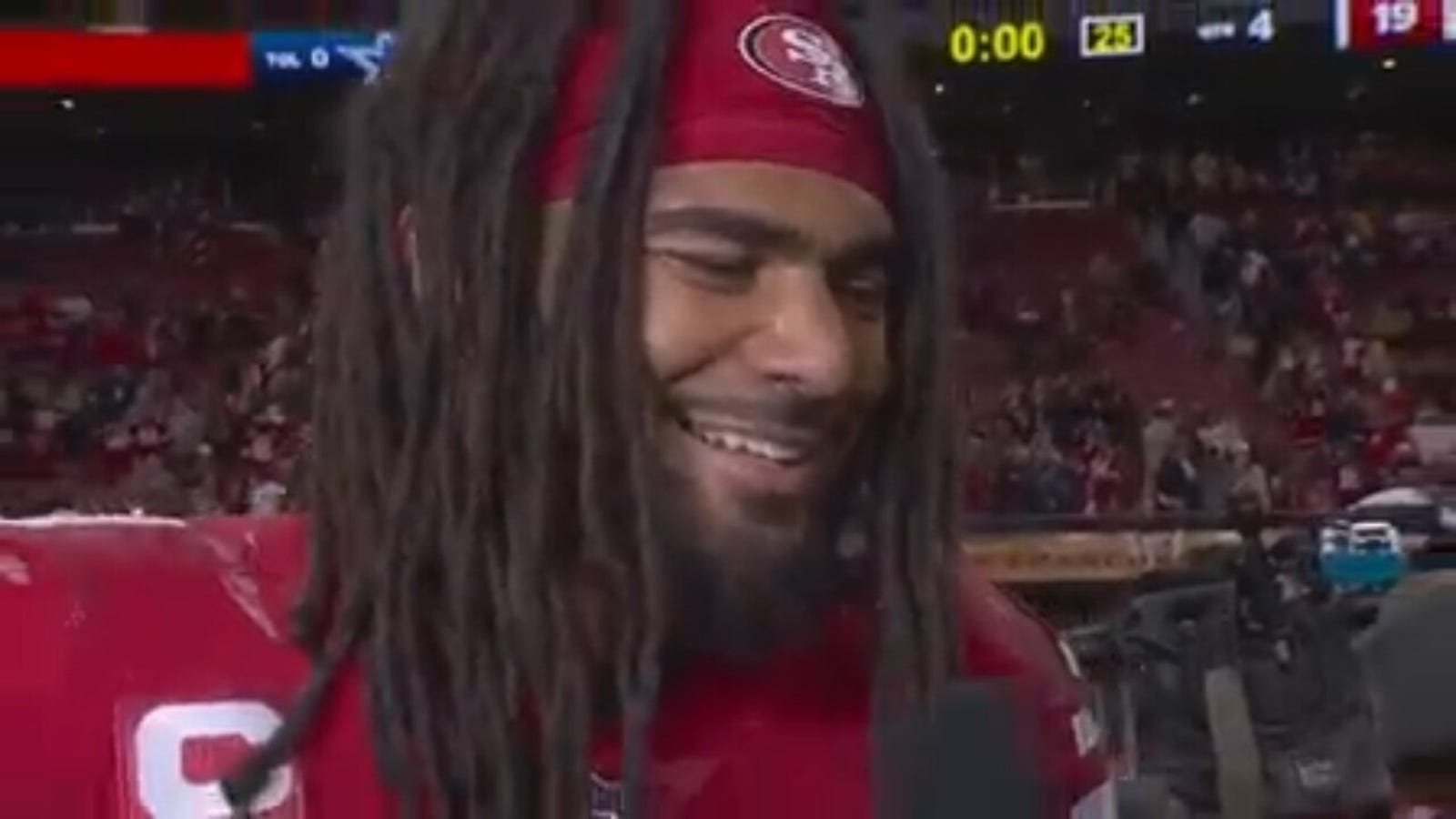 Fred Warner spoke with Erin Andrews after the San Francisco 49ers’ victory over the Dallas Cowboys. He touched on the defense limiting the Cowboys offense to 12 points and being excited to play against the Philadelphia Eagles.

Now, can the Niners win with their defense doing all the work? Maybe. Could they hold the Eagles and then either the Chiefs or Bengals to just 24 points? Maybe. It’s possible. I’m just not betting on it.

Geoff Schwartz played eight seasons in the NFL for five different teams. He started at right tackle for the University of Oregon for three seasons and was a second-team All-Pac-12 selection his senior year. He is an NFL analyst for FOX Sports. Follow him on Twitter at @GeoffSchwartz.