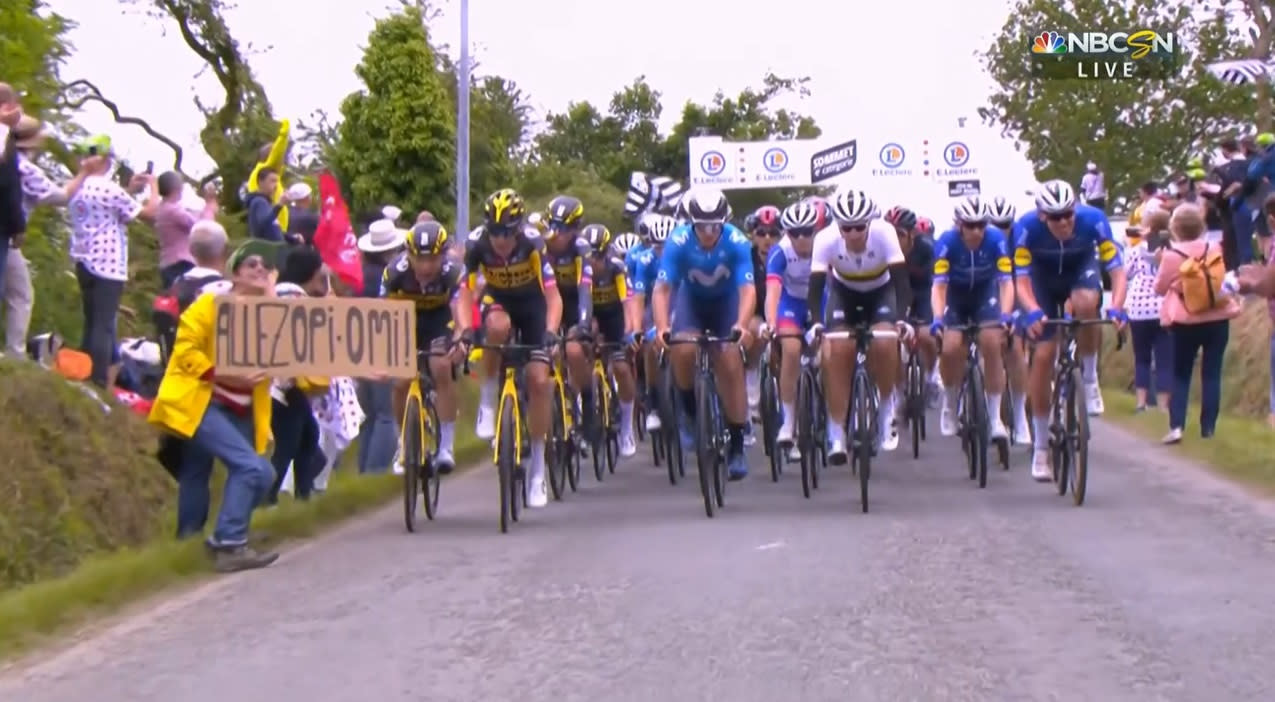 Mark Cavendish interview: ‘I sit each day on the team bus and think how lucky I am’

Mark Cavendish is close to tears again. It is 24hrs on from his extraordinary, redemptive win in Fougères on Tuesday but every time he thinks about it his eyes begin to mist over. The reaction of his family, in particular, clearly touched him deeply. A video on his phone of his three-year-old son, Casper, who is “cycling-obsessed”, cheering him on while watching the denouement to the stage, has been getting a lot of playtime. “Casper’s like a Mini-Me,” he says, proudly. “Short little legs. Full

Olympics-Triathlon-With only one Brownlee to beat, Tokyo field can dream of gold

Fernando Tatis’ 30th homer not enough as Marlins get past Padres, 3-2