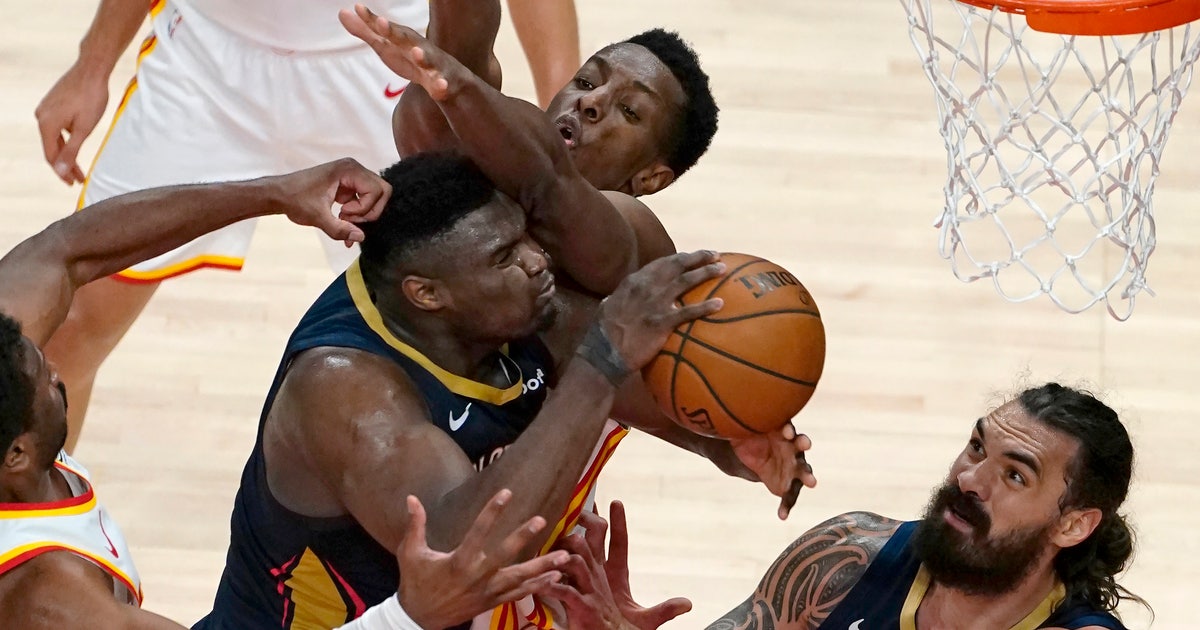 The Hawks sank each of their 11 3-point attempts in the third, including four from Bogdan Bogdanovic, who had 21 points. Atlanta made 20 of 31 3s overall.

Kevin Huerter had 17 points for Atlanta, which has won four consecutive games to improve to 13-4 under interim coach Nate McMillan. The Hawks (27-24) began the night tied with Miami for fourth place in the Eastern Conference.

After missing three games with a strained right thumb, Williamson returned with a light wrap and showed no sign of being slowed by the injury.

Isaiah Thomas, who signed a 10-day contract on Saturday, had eight points in his debut with New Orleans following one practice with the team. It was his first NBA game since Feb. 3, 2020, with Washington. He averaged 12.2 points in 40 games, including 37 starts, with the Wizards before having right hip surgery in May.

Thomas sank two 3-pointers and added a short jumper for all of his points in a second-period flurry.

New Orleans coach Stan Van Gundy didn’t know what to expect from Thomas in his 2020-21 debut.

“I don’t have any idea,” Van Gundy said before the game. “I know he’ll compete. He’s a tough, tough guy. He’s had one walkthrough with us and hasn’t played in the NBA in a year. I don’t know how anybody could know what to expect tonight.”

Thomas, 32, was needed to rescue the Pelicans’ decimated backcourt. Josh Hart had surgery to repair a torn ligament in his right thumb and his status will be updated in three weeks.

Nickeil Alexander-Walker was held out after leaving Sunday night’s win over Houston with a left high ankle sprain, and Kira Lewis Jr. did not play due to a strained right calf.

Pelicans: F Brandon Ingram (right toe) missed his third consecutive game. … After being held to a season-low 34 rebounds in their 126-103 home loss to the Hawks on Friday night while playing without Williamson, New Orleans had 30 rebounds in just the first half and outrebounded Atlanta 48-42 for the game.

Hawks: McMillan said before the game “we hope to get healthy here soon.” Just not real soon. McMillan said F De’Andre Hunter will miss “the next few games” following a nonsurgical procedure Monday on his right knee to address lingering soreness. McMillan said Hunter is on pace to return before F John Collins, who missed his fourth consecutive game with a left ankle sprain. … Clint Capela had 12 points and 12 rebounds.