Travis Pastrana, more known for his incredible escapades on two wheels but who has an extensive resume on four wheels as well, gives a curious look when people wonder why the 39-year-old would want to try to race in the Daytona 500.

Sure, Pastrana is known for his thrill-seeking stunts. But hasn’t he done enough?

“Why not?” Pastrana said about people wondering if he should risk it with his limited NASCAR experience. “Would any red-blooded or redneck American or whatever you want to call it, whatever I am, have the opportunity to do this?

“We’ve taken years of success and other forms of racing, brought it all together and will try to put our best foot forward.”

Pastrana will attempt to make one of the biggest four-wheel sporting events next month when he will drive a third car for 23XI Racing in attempting to qualify for the Daytona 500. Without a guaranteed spot, Pastrana will vie for one of the four non-guaranteed (“open”) spots available in the 40-car field.

Travis Pastrana on his Daytona 500 bid and his fans’ excitement

Travis Pastrana on the excitement of his fans for his Daytona 500 bid and whether he is nervous at all.

He will have sponsorship from Black Rifle Coffee for the No. 67 Toyota, which will have NASCAR veteran crew chief Eric Phillips guiding the program for team co-owners Denny Hamlin and Michael Jordan.

“Travis came to us and obviously with a great opportunity and we were just honored for him to choose us to build up this endeavor and knock off this bucket list item for him,” Hamlin said. “He’s been in NASCAR before and has been a NASCAR fan for a long time.

“For us as a race team, we’d like to get our feet wet and work on our third team and work on the personnel for that. This gives us to do dry runs for that.”

Among the drivers Pastrana will battle for a spot are former Cup champion Jimmie Johnson (Legacy Motor Club), Zane Smith (Front Row Motorsports) and Austin Hill (Beard Motorsports). There could be several other drivers attempting to make the field with Kaulig Racing, The Money Team Racing, Team Hezeberg and NY Racing all considering fielding an open car. Teams have until the first day the garage is open (Feb. 15) to finalize an entry.

Pastrana, who has already been in the Toyota simulator testing for the race, has limited NASCAR experience with 42 Xfinity starts (in 2012-13) and five truck starts, with the most recent coming in 2020. If he isn’t one of the fastest cars in single-lap qualifying, he will hope he has some Toyota teammates to help push him in the draft at Daytona to secure a spot in the 500 field.

“It’s what racers do, we want to challenge ourselves,” Pastrana said. “And for me, it’s not about going out and like, ‘I’m going to win.’

“Dude, I’ll be stoked if I can qualify. But even if I can’t, to be a part of the great American race, bringing great sponsors with me, you know, getting a great car from the 23XI team and having a shot to just see what it’s like. F— it let’s go.”

Travis Pastrana discusses jumping back in a Truck Series race 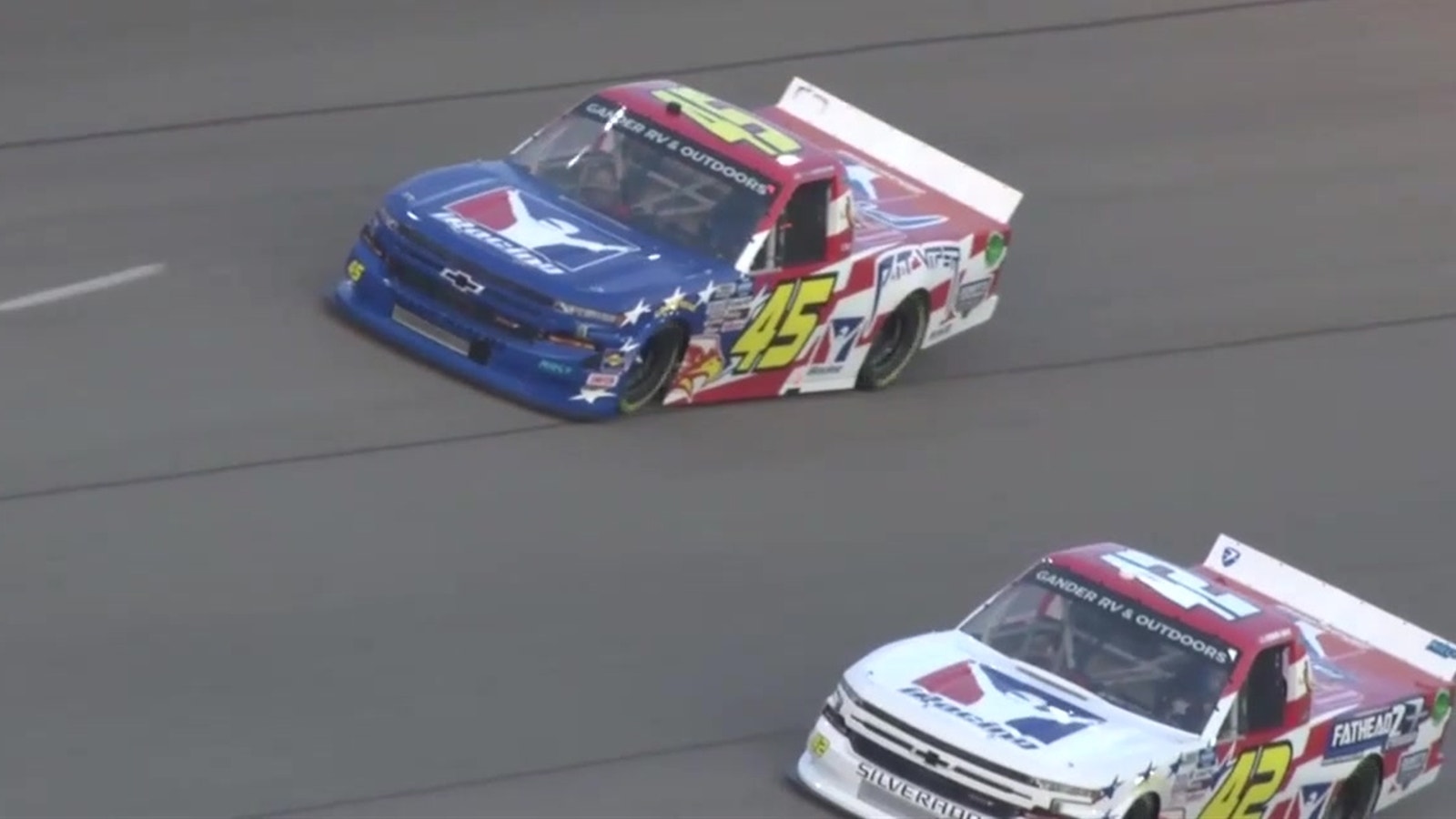 Travis Pastrana returned for his second Truck Series race of 2020 at the Las Vegas Motor Speedway after months of virtual racing.

23XI Racing has eyes on expansion in future seasons and sees the Pastrana opportunity as one that will bring significant exposure to the organization. It also has told Kurt Busch, who retired from full-time racing because of a concussion suffered last year, that if he gets cleared to race, he could do a partial schedule.

And it allows Pastrana to fill a dream.

“This is the great American race. I mean, I think the NASCAR crowd was looking at like, ‘How does he get a ride?'” Pastrana said. “It was like, almost like I was taking something from them. Where the two-wheel crowd is like, ‘Man, this is going to be such a cool experience, I’ll watch.’

“Win, lose or draw. It’s going to be exciting. And for me, it’s not really about what everyone’s saying or thinking. It’s an opportunity of a lifetime. … We’re going to have fun and I just really, really hope we can make it and not cause any issues. I believe I’m good enough to driver to do that.”

Bob Pockrass covers NASCAR for FOX Sports. He has spent decades covering motorsports, including the past 30 Daytona 500s, with stints at ESPN, Sporting News, NASCAR Scene magazine and The (Daytona Beach) News-Journal. Follow him on Twitter @bobpockrass, and sign up for the FOX Sports NASCAR Newsletter with Bob Pockrass.

Get more from NASCAR Cup Series Follow your favorites to get information about games, news and more