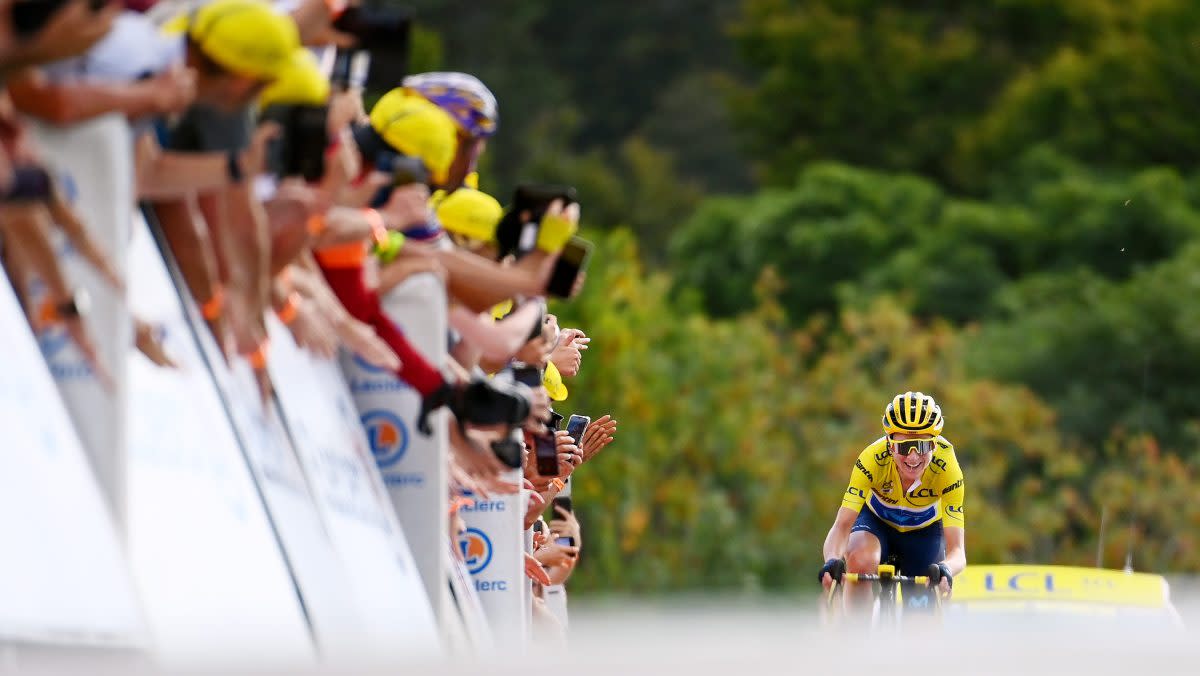 It seems only fitting that Annemiek van Vleuten — a cyclist whose career has been defined by comebacks — won the long-awaited revival of the Women’s Tour de France following a “rollercoaster” ride of her own.

Van Vleuten, who began feeling sick just hours after stage one on Sunday, was struggling just to eat and drink earlier this week. The two-time Olympic medalist turned things around in the mountains, winning stage seven on Saturday with a dominant solo ride.

The 39-year-old Dutchwoman entered the eighth and final stage of the 2022 Tour de France Femmes with a 3 minute, 14 second lead, but her victory appeared in jeopardy early on Sunday due to mechanical issues that resulted in six bike changes.

But van Vleuten came back. Like she always does.

Six years ago at the Rio Olympics, Van Vleuten was leading the women’s road race and having the best race of her career when she had a horrendous crash on a downhill turn. She was placed in intensive care at a Brazilian hospital, where she was diagnosed with three small spine fractures and a concussion.

Van Vleuten was back on her bike within two weeks and went on to win her first world title in 2017 and two Olympic medals (gold in the time trial, silver in the road race) at last summer’s Tokyo Games.

On Sunday, van Vleuten attacked with six kilometers remaining and went on to win both the stage — a 123-kilometer mountainous climb from Lure to La Planche des Belles Filles — and the 2022 Tour de France Femmes title. (A video highlight is embedded above.)

Van Vleuten, who has said she plans to retire at the conclusion of the 2023 season, also hinted at the progress still left to be made in women’s cycling.

“I hope it’s a big start for more and that you can build this event to a bigger event for the women, also. Men and women,” she said.

You can watch a replay of stage eight of the 2022 Women’s Tour de France via Peacock.

Pac-12 Storylines: Is Utah a CFP contender? How will Lincoln Riley perform in his first year at USC? | Number One Ranked Show

Should Manchester United target USMNT’s Weston McKennie from Juventus? | State of the Union