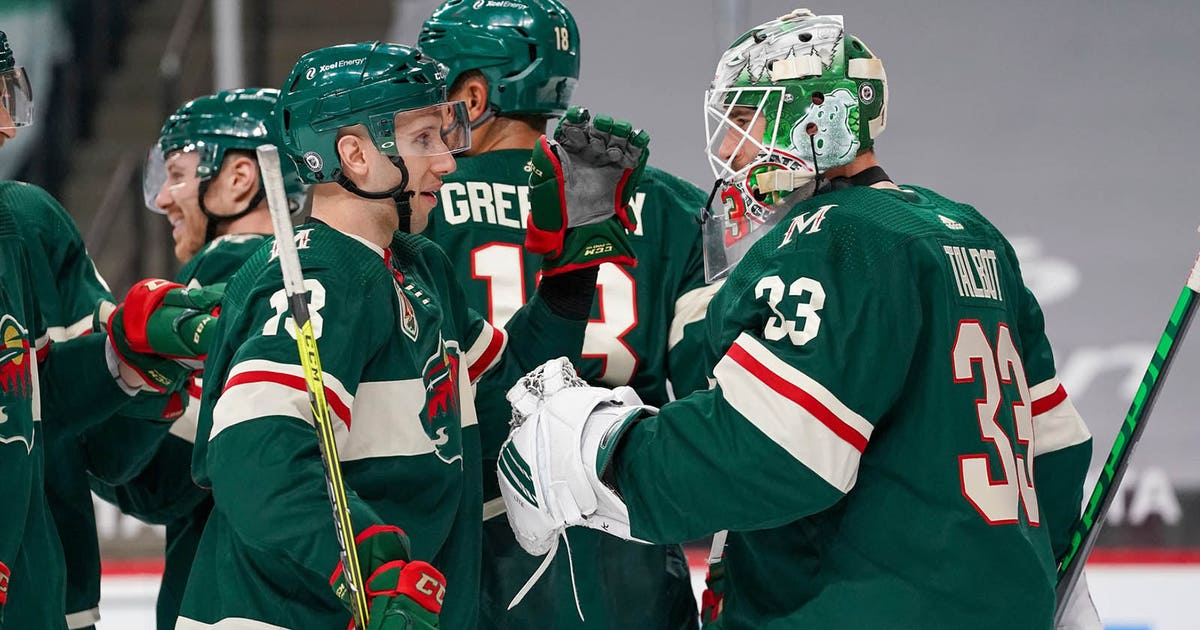 Winners of their last seven games at the Xcel Energy Center, the Minnesota Wild have been enjoying home cooking in 2020-21.

Minnesota, which hasn’t lost at the Xcel Energy Center since Jan. 20, had won three straight home contests entering a five-game homestand last week. The Wild rattled off two wins apiece over Vegas and Arizona, and they have a chance to make it a perfect 5-0 homestand when the Coyotes visit at 7 p.m. Tuesday.

With a victory over Arizona, the Wild would match their longest single-season home winning streak of eight games, set three different times — twice during the 2006-07 campaign and once in 2016-17.

Over a span of two seasons, the Wild’s longest home winning streak is 11 games, set at the end of the 2005-06 campaign and finished off at the beginning of the 2006-07 season.

But really, Minnesota has played fantastic wherever it’s dropped the puck. Since a 3-1 victory over Anaheim on Feb. 18, the Wild are 11-2-1, which is tied with the New York Islanders and the Washington Capitals for the best winning percentage (.821) over that span.

Wild fans should like the odds of Minnesota defeating Arizona on Tuesday night. After all, the Wild have won six of their last seven clashes with the Coyotes over the past two seasons, outscoring them 30-17 in those contests and 15-8 in the third period alone.

All four games between the Wild and Coyotes this season have been decided by at least three goals. That’s the second-biggest margin of victory in a 2020-21 series, only trailing the rivalry between Colorado and San Jose (3.75).

The matchup between Minnesota and Arizona will be televised on FOX Sports North, with “Wild Live” beginning at 6:30 p.m.