Home Sport Will the Las Vegas Raiders move on from Derek Carr in 2023?

The Las Vegas Raiders made substantial changes this past offseason with the hope of putting together a memorable 2022 campaign.

Eight games into their season, it’s been anything but memorable for Josh McDaniels’ team.

The Raiders currently sit at 2-6, good for last place in the AFC West. Superstar wide receiver Davante Adams, who agreed to a five-year, $141.25 million contract with the organization this offseason, recently contended that if the Raiders don’t get him the ball more, they’re wasting his talent.

“At the end of the day, if we’re just going to concede and say, ‘oh, they double-teamed Tae, so it’s forcing the ball to him if we threw it to him,’ then I’ve got no business being in this building, because that’s what teams are going to do,” Adams told the Las Vegas Review-Journal. “So, if you think that the only way I’m going to get the ball is when I’m singled up, then I’m going to have four catches on the year.”

Adams has totaled 48 receptions for 658 receiving yards and seven receiving touchdowns in eight games, but the Raiders offense as a whole has been middle of the pack. They’re averaging 228.1 passing yards (13th in NFL), 110.3 rushing yards (20th), 338.4 total yards (16th) and 22.9 points (15th) per game. The Raiders were recently shutout in a Week 8 loss to the New Orleans Saints, where Adams caught one pass for three yards.

One of the driving factors in Adams wanting to join the Raiders was his history with Derek Carr, as the two were teammates at Fresno State from 2012-13. Las Vegas sent its first- and second-round pick in the 2022 NFL Draft to the Green Bay Packers for Adams, who then signed that massive contract.

On Friday’s edition of “The Herd,” host Colin Cowherd made the case that the Raiders could move on from Carr in the offseason if things don’t turn around this year.

Is the Derek Carr-Raiders era ending next season? 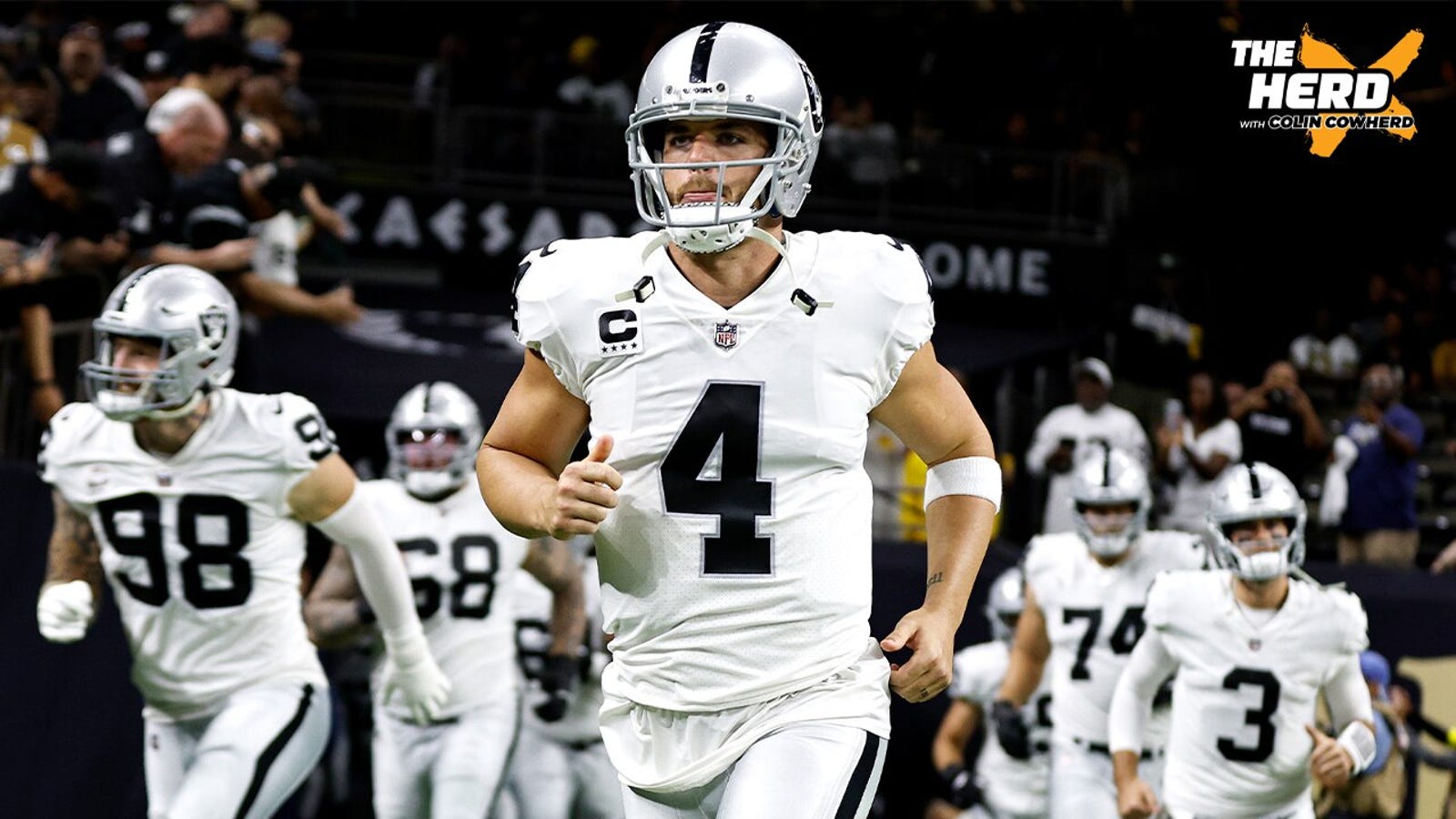 Colin Cowherd explains why Derek Carr will not be in the silver and black next season.

The Raiders QB signed a three-year, $121.5 million extension ($65.3 million guaranteed) with the team in April. The deal keeps him under contract through 2025 and includes a full no-trade clause.

Carr and the Raiders will look to snap a two-game losing streak when they host the Indianapolis Colts at 4:05 p.m. ET Sunday.