The 2022 FIFA World Cup continues Friday with more Group A action on FOX, as the Netherlands take on Ecuador at Khalifa International Stadium in Doha, Qatar, and we’ve got you covered from start to finish!

If Ecuador loses Friday, Qatar will be the first team eliminated from the World Cup. Ecuador is winless in its last four World Cup games against European sides, scoring just once across those four matches.

Netherlands forward Cody Gakpo didn’t waste any time getting De Oranjes on the board. In fact, it was the fastest goal of the tournament thus far, taking just five minutes and four seconds.

The Dutch are aiming to extend their group stage unbeaten run at the World Cup to 15 games. They haven’t lost in eight straight World Cup matches against South American sides.

Ecuador’s Enner Valencia, who scored the first two goals of the World Cup when Ecuador defeated Qatar in the tournament’s opening match, had a great shot on goal, but he wasn’t able to connect.

Netherlands keeper Andries Noppert came up with the crucial save to keep the Dutch team on top.

Ecuador’s Pervis Estupiñán appeared to tie the game just ahead of halftime, but the goal was overturned after a VAR review. Just like that, it remained a one-point game at the break. 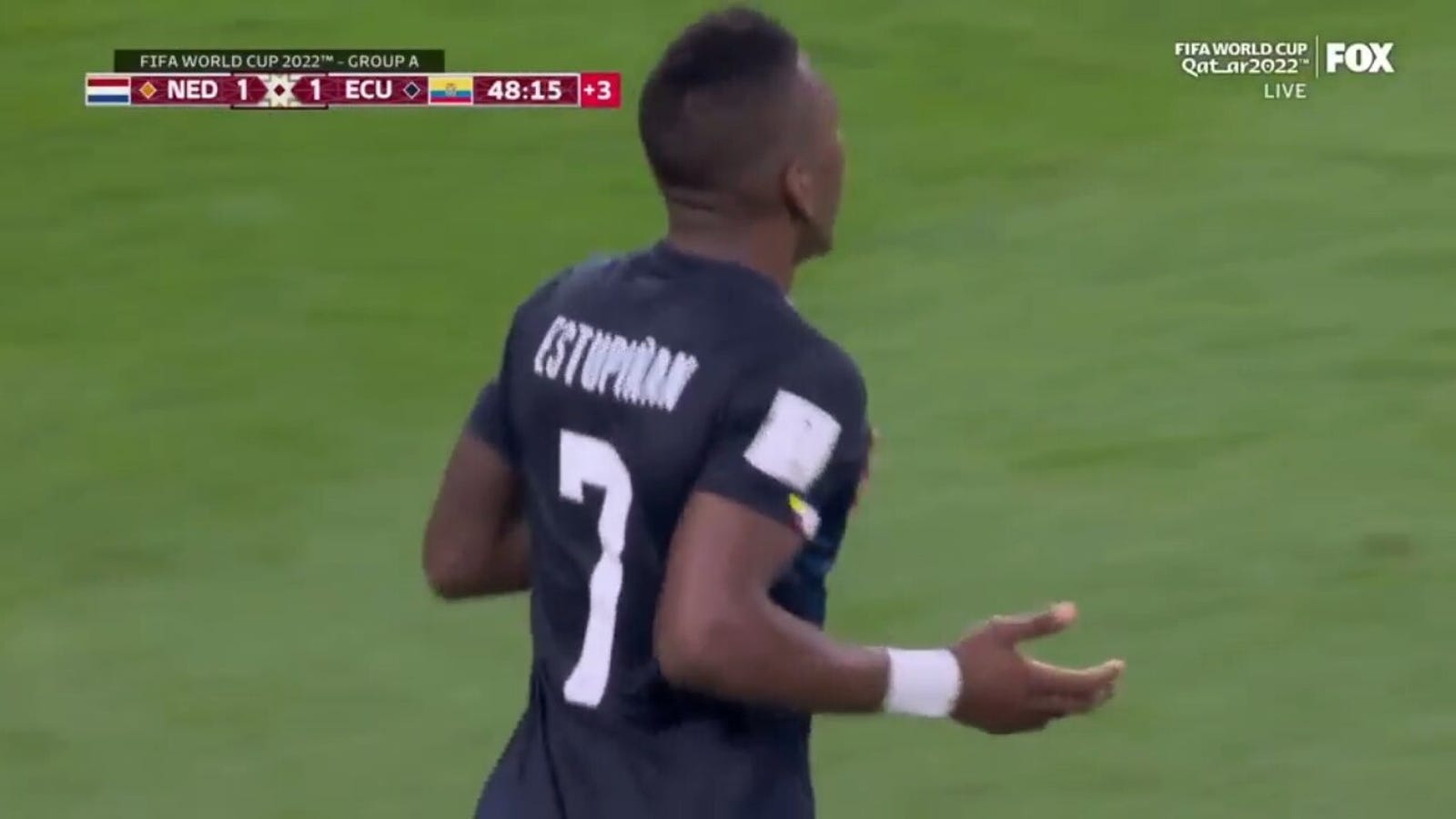 49′: Ecuador gets the equalizer

Valencia got redemption in the second half and knotted things up with this smooth goal that left the Netherlands team stunned.