The 2022 FIFA World Cup rolls on Friday with Wales–Iran in full swing at Ahmed bin Ali Stadium in Al Rayyan, Qatar, and we’ve got you covered with every must-see moment from the Group B match on FS1!

Iran is aiming to beat European opposition for the first time at the World Cup. But the anthems brought chills.

Kieffer Moore of Wales very nearly put the first goal on the board but was saved by Iranian keeper Hossein Hosseini on a point-blank attempt!

And the game remains scoreless!

Ali Gholizadeh looked as if he had put Iran ahead for the first time in the tournament, but the goal was ruled out after a VAR review. 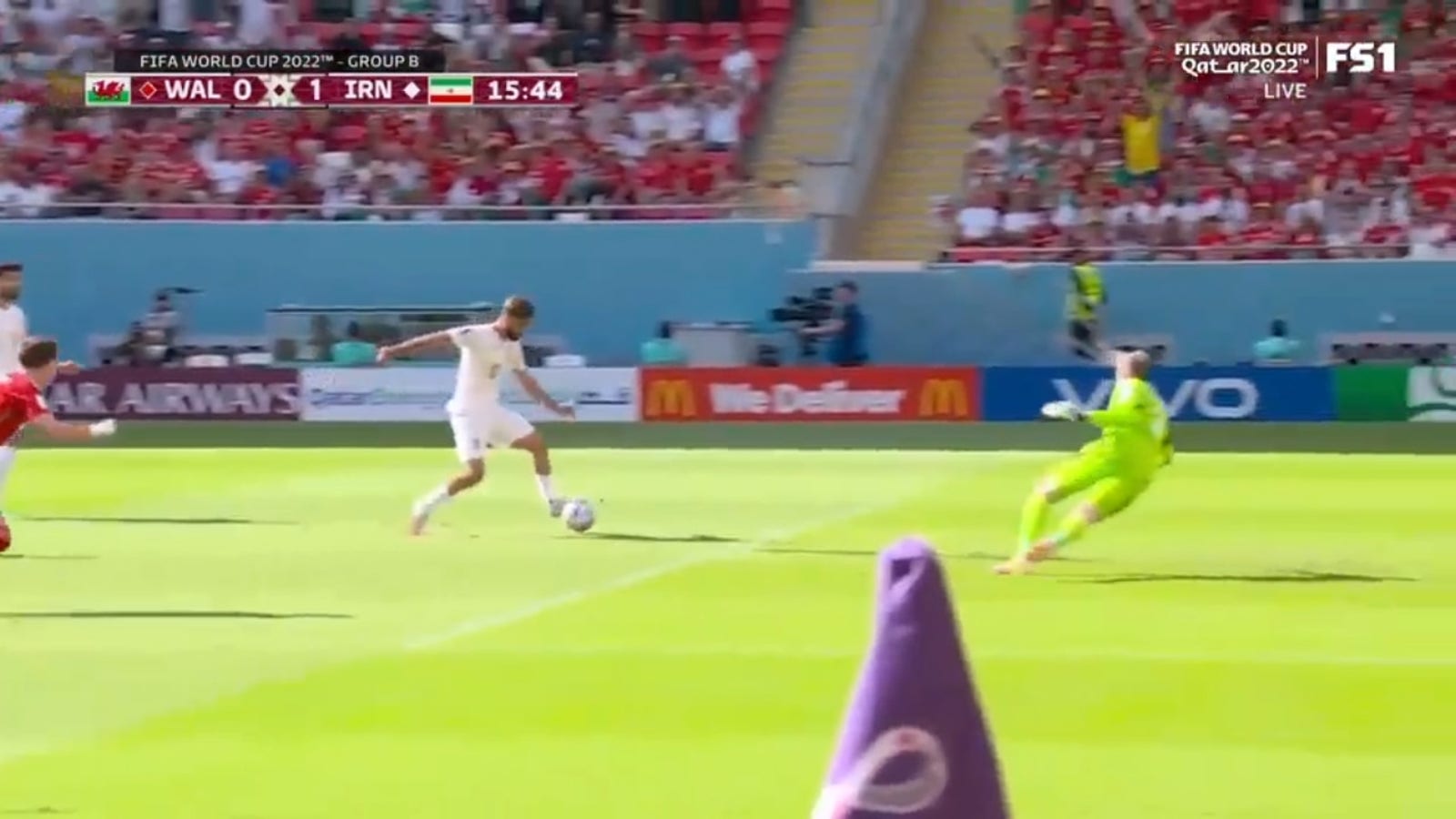 Iran’s Ali Gholizadeh goal was overturned by offside call in the 16th minute against Wales.

With the match producing zero goals in the first half, this match has so far produced a result that would be very beneficial for the USMNT. If a tie was produced it would allow the United States to survive a loss to England, especially if there are no goals helping in a potential goal differential tiebreaker as well.

Iran comes so close again! Sardar Azmoun hits the right post with a right-footed shot from the right side of the box after getting a through ball following a fast break.

Right after, Ali Gholizadeh has a beautiful left-footed shot from just outside the box that hits the left post and the rebound header by Sardar Azmoun for Iran is saved by Wales keeper Wayne Hennessey

Somehow it is still tied!