The 2022 FIFA World Cup continues Thursday with Portugal–Ghana in full swing at Stadium 974 in Ras Abu Aboud, Qatar, and we’ve got you covered with every must-see moment from start to finish on FOX!

Cristiano Ronaldo sits down with Tom Rinaldi and shared who he plans to cement his legacy by bringing a 2022 FIFA World Cup title to Portugal.

Earlier, Switzerland earned three points in Group G after taking care of business against Cameroon, winning 1-0 to open the day, while Uruguay and South Korea battled to a scoreless draw in the day’s second match. Both squads grabbed one point in Group H for their efforts.

Ronaldo had a chance to put Portugal in the lead early with this header, but he wasn’t able to connect. He did catch some air in the process though.

Ronaldo connected with the net at the half-hour mark, but the goal was promptly called off due to a foul on Ghana defender Alexander Djiku. Just like that, things remained scoreless headed into halftime.

Cristiano Ronaldo’s goal vs. Ghana overturned by a foul call

Cristiano Ronaldo’s goal was overturned by a foul call in Portugal’s matchup with Ghana in the 2022 FIFA World Cup during the 30th minute after a foul call.

Things got heated as the second half got underway. Ghana’s Alidu Seidu received a yellow card after shoving his head toward Portugal’s João Félix.

Ronaldo scored on a penalty kick to put Portugal up 1-0 in the 65th minute.

The 37-year-old sent shock waves through the sports world this week when news broke that he left his club, Manchester United, by mutual consent, and that he was suspended and fined by the Football Association for two matches with whatever club he lands with next. Ronaldo skipped his media duties as national team captain at the squad’s official FIFA news conference Thursday, but fans still poured in to support the star.

History in the making

With a win, it would be Portugal’s first opening match World Cup victory since 2006. What’s more, Ronaldo tied the men’s record for playing in five different FIFA World Cup tournaments with Thursday’s start. 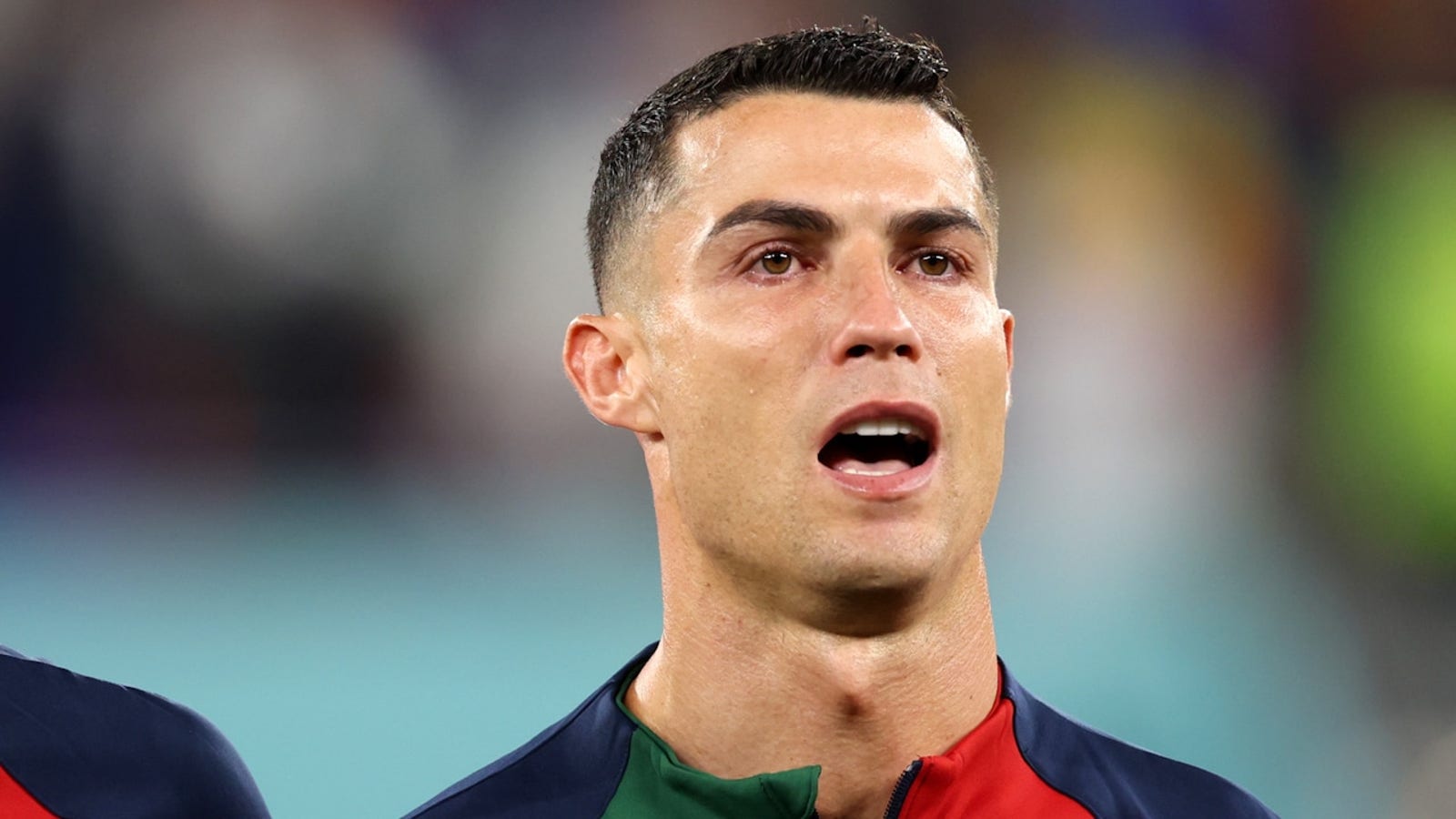 Cristiano Ronaldo teared up during Portugal’s National Anthem before their match against Ghana in the 2022 FIFA World Cup.