The 2022 FIFA World Cup continues Tuesday with Argentina–Saudi Arabia underway on FS1, and we’ve got you covered with every must-see moment from start to finish!

Lionel Messi quickly made an impact in the opening game of his fifth — and possibly final — World Cup for Argentina, scoring on a penalty kick in the 10th minute.

It could be a legacy-defining stint in Qatar for one of the greatest soccer players ever, as well as his longtime rival and contemporary, Portugal’s Ronaldo.

Here are the top plays from Tuesday’s group stage action.

2nd minute: So close to an early goal!

It took just over 100 total seconds of 2022 World Cup play for Messi to record his first shot on goal, but a nice one-handed save from Saudi Arabia keeper Muhammad Al-Owais kept the game scoreless.

10th minute: Allow him to reintroduce himself

After Argentina was awarded a penalty kick after video review in the 10th minute, Messi stepped up and easily nailed his first goal of the 2022 World Cup. 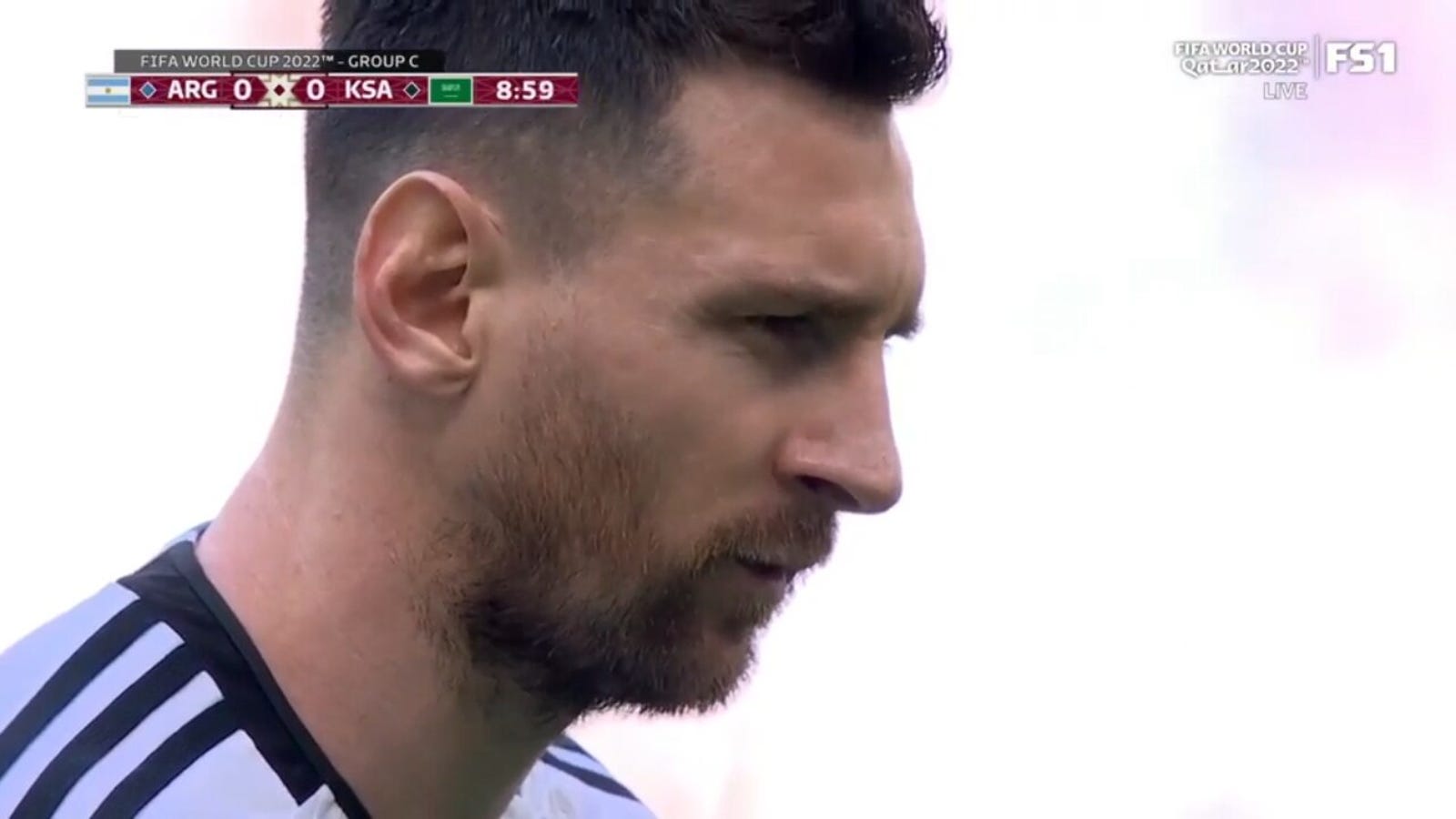 22nd minute: Messi almost had another!

The Argentine star seemed to have a clean breakaway for his second goal of the game but was ruled just barely offsides. The ruling was upheld on VAR.

27th minute: Another near miss

Argentina was left searching for its second goal after this Lautaro Martinez score was also narrowly ruled offsides.

Argentina found the back of the net four times in the first half, but Messi’s 10th minute penalty kick remains the only actual score thanks to three goals negated by offside calls.

Per OptaAnalyst, Argentina has been caught offside seven times in this match already. The last team to have more in a World Cup game were the Netherlands vs. Costa Rica in 2014 with 13 offside calls.

Saudi Arabia captain Salman Al Faraj went down with an apparent injury just before the end of the first half. With the Saudis already under pressure thanks to Messi’s early goal, it could be a huge blow for the underdogs’ chances to pull off an upset.

48th minute (second half): Saudi Arabia ties it up!

Saudi Arabia’s Saleh Alshehri threads a beautiful ball to tie the score at one goal apiece and suddenly Argentina is on its heels.

The Saudis are suddenly knocking on the door of one of the biggest World Cup upsets EVER after a laser from Salem Aldawsari to go up 2-1.

The “FIFA World Cup Live” crew discusses Lionel Messi and Argentina ahead of their match against Saudi Arabia.

Expectations are high for a stacked Argentina side that currently has the second-shortest odds at +500 (bet $10 to win $60 total) on FOX Bet. Messi, Argentina’s longtime captain, believes those expectations are warranted, comparing the 2022 team to the 2014 World Cup squad that reached the final in Brazil.

As for Messi himself, he had possibly his most iconic World Cup moment of his long and storied career the last time we saw him in the group stage in 2018. Starting off at No. 101 on the 101 most memorable moments in FIFA World Cup history, Jenny Taft breaks down Lionel Messi’s goal for Argentina against Nigeria in the 2018 FIFA World Cup.

Argentina gives their star the love

Argentina has plenty of talent, but Messi’s teammates know who their brightest star is.