An upset-packed 2022 FIFA World Cup continues Wednesday on FOX with Spain facing Costa Rica, and we’ve got you covered with every must-see moment from start to finish!

Spain, the 2010 World Cup champion, will look to avoid a similar fate Wednesday as the other European squads. The Spaniards are heavily favored (-769 on FOX Bet) to win against a Costa Rica squad that failed to make it past the group stage in 2018. Costa Rica, however, will try to replicate the formula that Japan and Saudi Arabia have used by leaning on stellar goalkeeper play from star Keylor Navas, who has a long career of European club experience with Real Madrid and Paris Saint-Germain.

Here are the top plays from Wednesday’s group stage action.

Enrique believes in his squad

Since winning it all in 2010, Spain has had mixed results in recent World Cups. In 2018, Spain was upset by host country Russia in the Round of 16, and in 2014, they did not advance past the group stage. This year’s squad is filled with young talent, with a total of nine players combined coming from powerhouse clubs FC Barcelona and Real Madrid. Manager Luis Enrique, a former Spanish national team player himself, thinks his roster has what it takes to return Spain to World Cup glory.

Costa Rica is in its third consecutive World Cup and even made the quarterfinals in 2014. However, its players still soaked in the moment and showed their country pride during their national anthem.

Dani Olmo had a clean look at the goal after a brilliant pass, but his shot went off-target in a big missed chance for Spain to take an early lead.

Some fancy footwork from Olmo in the box brought Navas out of the net, and Olmo skipped the ball past the Costa Rica keeper for a goregous goal to put Spain up 1-0.

Olmo’s goal was also historic as the 100th goal by Spain in FIFA World Cup history.

Marco Asensio‘s laser off a great cross from Jordi Alba found the back of the net and added another goal for Spain. Ferran Torres‘ penalty kick gave Spain a 3-0 lead, as the Spaniards quickly turned the contest into a rout. 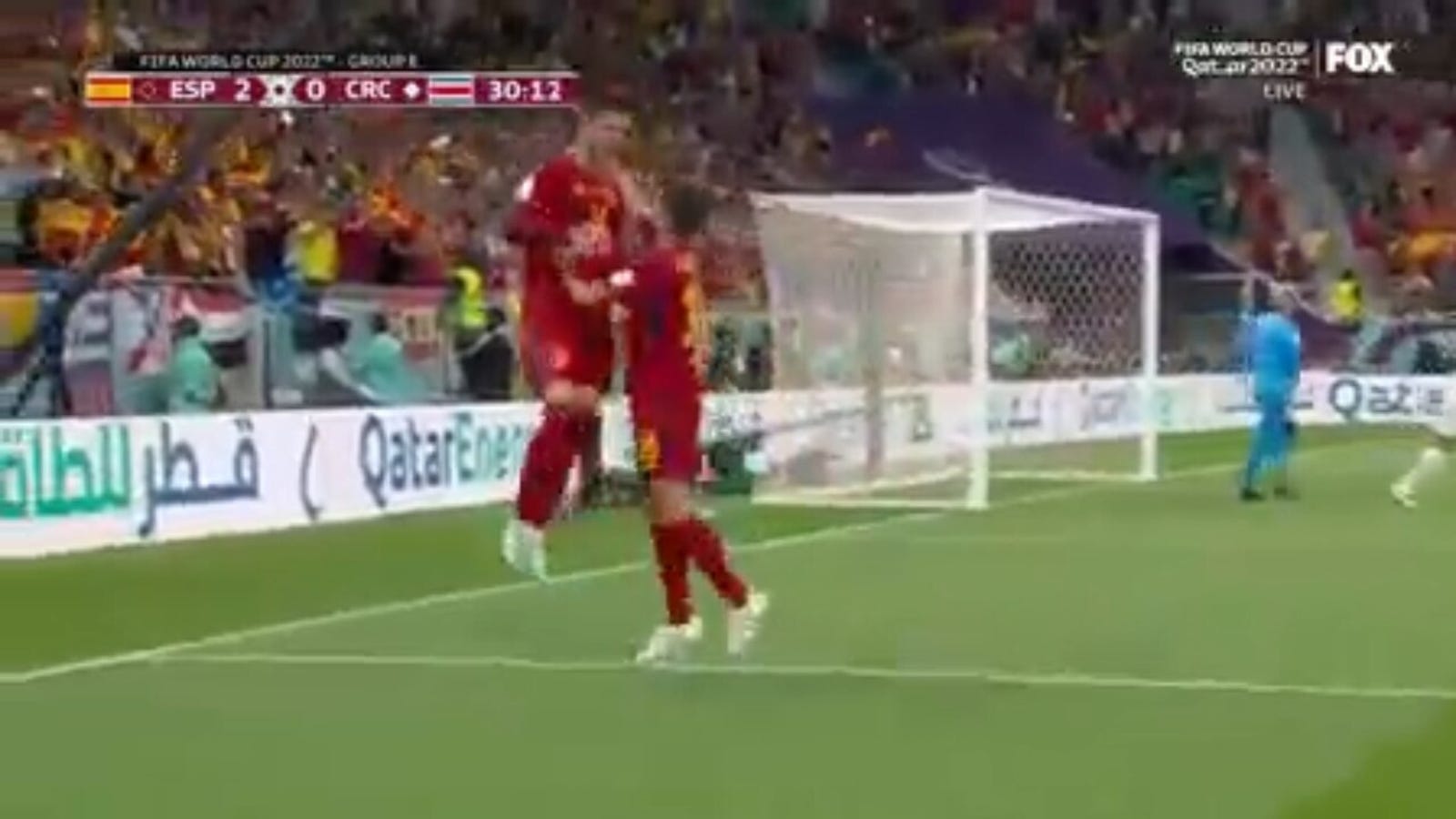 Torres’ touch and a great ball off his left foot gave the Spanish forward his second goal of the day, and it’s quickly getting late early for Costa Rica.