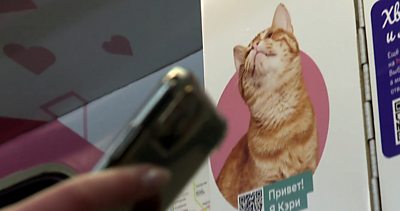 Moscow has launched a train carriage on the city metro system that’s dedicated to finding new owners for stray cats and dogs.

Known as the ‘Tails and Paws’ train, it has posters on board featuring dozens of animals from 13 Moscow shelters asking passengers to give them a new home.

Selena Gomez elaborates on calling out Facebook’s Mark Zuckerberg: ‘I could...