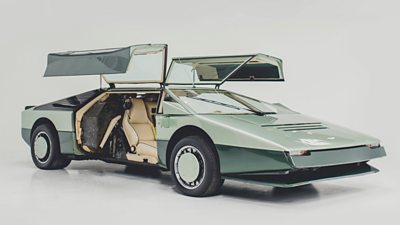 When Aston Martin unveiled the Bulldog 40 years ago it quickly became the stuff of legend for car fans.

Only one was ever built and its futuristic design and high-performance engine helped it become the fastest car on the road when it reached a record-breaking 192mph (308km/h).

But in 1981, Aston Martin needed to raise cash and was forced to sell the Bulldog to a buyer in the Middle East and the car disappeared from view, ending up being moved around storage units.

Now the son of the former head of Aston Martin has tracked it down and thanks to a wealthy American Bulldog fan, it’s been bought and is being restored by classic car specialists in Shropshire.

Social media: Is it really biased against US Republicans?

Driver runs over policeman during protests after fatal shooting of black...

As Trump says news about COVID should be illegal, WH chief...