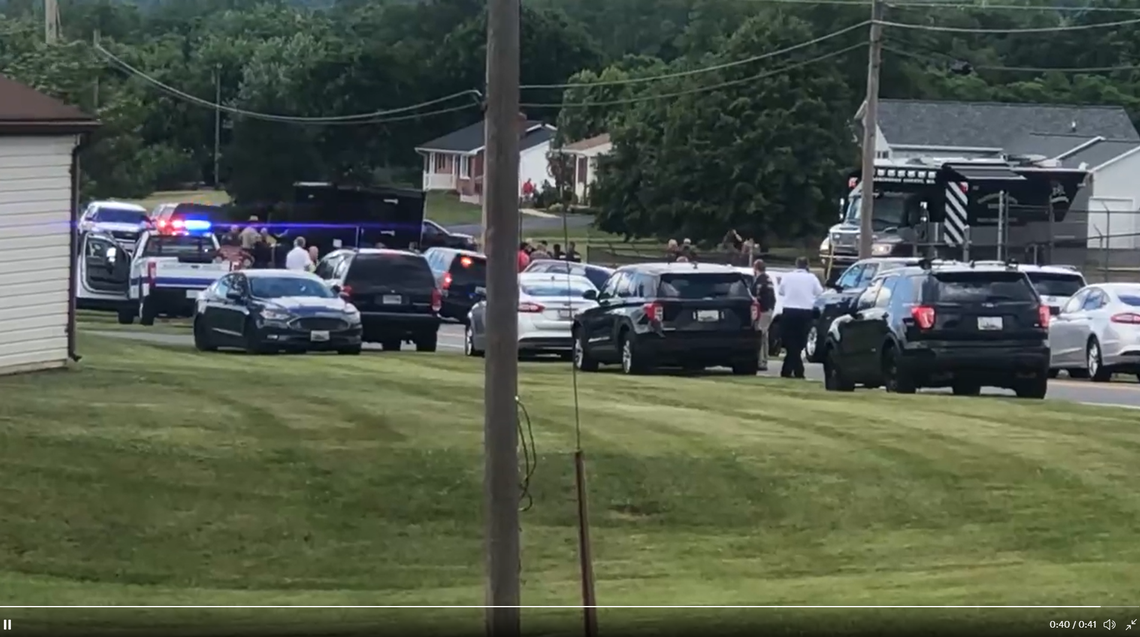 A mass shooting at a Maryland concrete products company has killed three people and critically injured one, according to authorities.

Responders to the active shooting found four victims, three of whom were already dead, authorities said.

The accused shooter had escaped the facility before law enforcement arrived, but Maryland State Police identified the suspect’s vehicle shortly after, according to the news release.

The gunman shot a responding state trooper in the shoulder, and the trooper returned fire, striking the suspect, Gov. Larry Hogan of Maryland said in a recorded news briefing.

The sheriff’s office confirmed both the suspect and the trooper were injured during the shootout, and both were taken to get medical treatment.

“There is no confirmed active threat to the community in relation to this incident,” authorities said.

The U.S. Bureau of Alcohol, Tobacco, Firearms and Explosives and FBI Baltimore reported on Twitter that they are assisting local authorities with the investigation.

“My thoughts and prayers go out to all those involved,” Smithsburg Mayor Donald Souders told WDVM. “We certainly wish the best to all those in our small community that are involved in this situation.”

The shooting took place at Columbia Machine in Smithsburg, which is about 75 miles northwest of Baltimore, CNN reported. Smithsburg has a population of nearly 3,000 people, according to U.S. Census data.