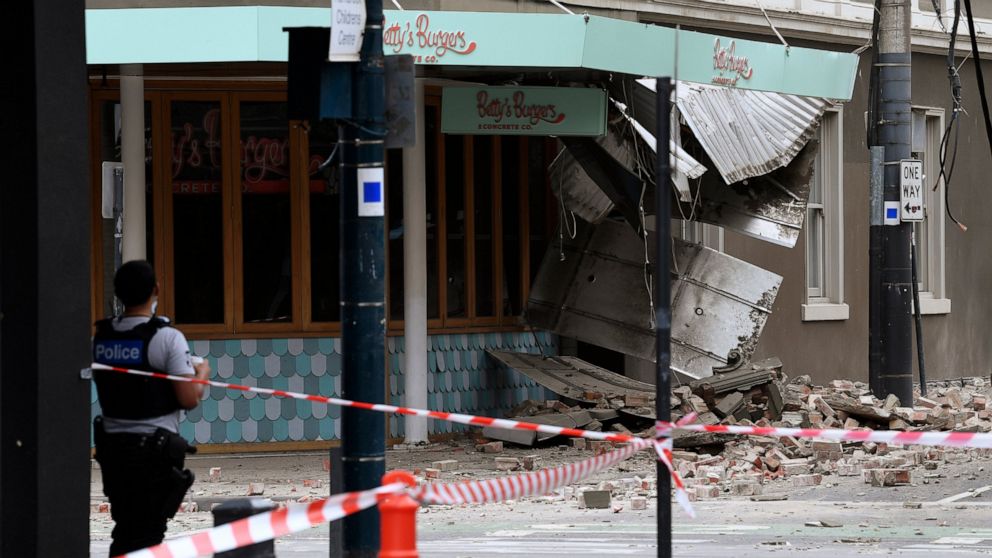 A magnitude 5.9 earthquake has caused slight damage in suburban Melbourne in an unusually powerful temblor for Australia

MELBOURNE, Australia — A magnitude 5.9 earthquake caused slight damage in suburban Melbourne on Wednesday in an unusually powerful temblor for Australia.

The quake hit about 130 kilometers (80 miles) northeast of Australia’s second-most populous city near the town of Mansfield at a depth of 10 kilometers (6 miles), Geoscience Australia said.

Minor structural damage to chimneys, facades and older buildings was reported around the Melbourne metropolitan area. A hospital near the epicenter lost power, and fallen bricks littered some city streets.

Prime Minister Scott Morrison said there were no reports of serious injury.

The earthquake was the largest to rattle Australia since a magnitude 6.6 earthquake struck 210 kilometers (130 miles) off the northwest coastal town of Broome in 2019.