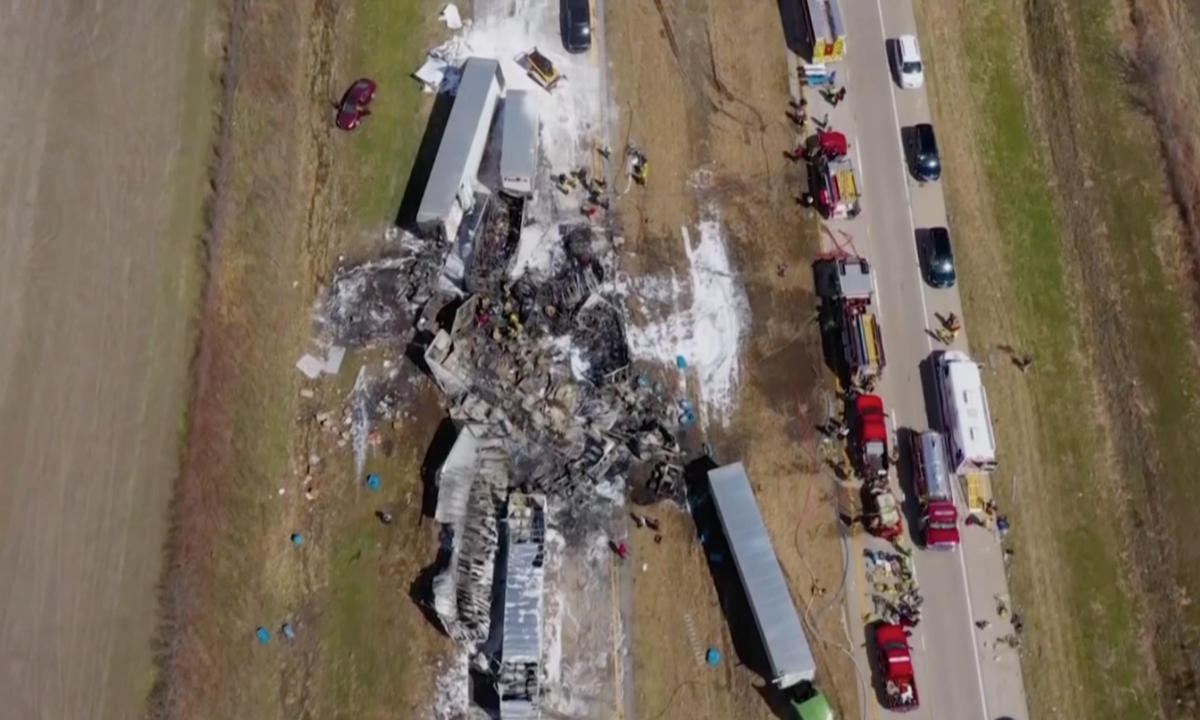 CHARLESTON, Mo. (AP) — The number of deaths has risen to six from a series of fiery chain-reaction crashes involving dozens of vehicles on a fog-covered interstate in southeast Missouri, officials said Friday.

The collisions began about 8 a.m. Thursday on Interstate 57 as thick fog enveloped the Charleston area, about 150 miles (241 kilometers) south of St. Louis. The first pileup started in the southbound lanes, “then migrated to the northbound lanes,” Kinder said, snaring 47 vehicles — including several semitrailers — in the wreckage.

“It was a horrific scene,” Kinder said. “The wreckage area itself was a half-a-mile long.”

The interstate was closed for about 25 miles (40 kilometers) in both directions in Mississippi County from the Missouri-Illinois border to Sikeston, Missouri. The interstate reopened about 4:30 a.m. Friday, Kinder said.

The names of those who died were expected to be released later Friday, Kinder said.