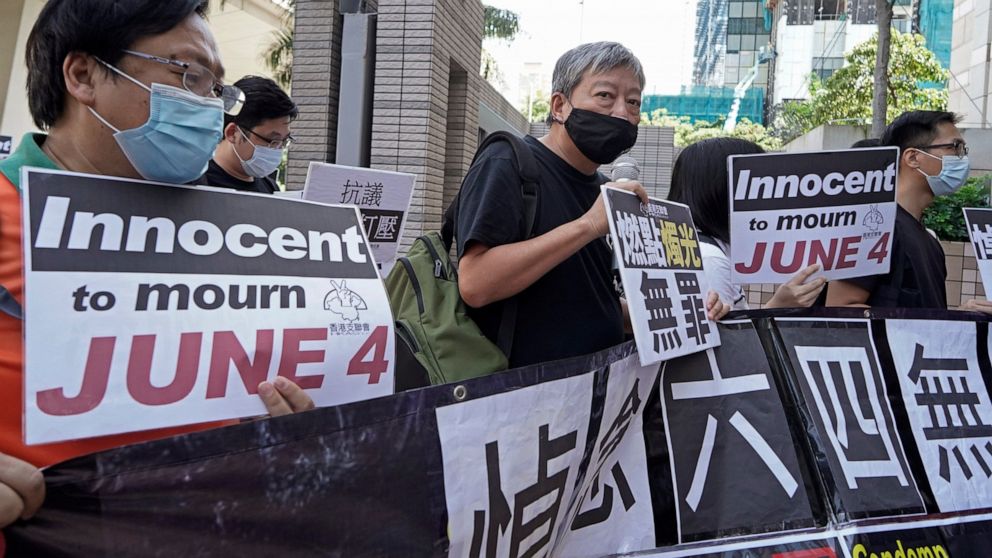 A trial has begun for Hong Kong tycoon Jimmy Lai and seven other pro-democracy activists over their roles in an unauthorized Tiananmen vigil, amid a crackdown on political dissent in Hong Kong

HONG KONG — A trial began Monday for Hong Kong media tycoon Jimmy Lai and seven other pro-democracy activists charged over their roles in an unauthorized Tiananmen vigil last year, amid a crackdown on political dissent in Hong Kong.

Lai and the seven others, which includes Lee Cheuk-yan, the former chairman of the now-defunct Hong Kong Alliance in Support of Patriotic Democratic Movements of China, face charges that include organizing, participating and inciting others to take part in the unauthorized candlelight vigil commemorating the bloody 1989 crackdown on protesters in Beijing’s Tiananmen Square.

Police last year banned the annual vigil for the first time in three decades, citing public health risks from the coronavirus pandemic. Critics believe the ban is part of the crackdown on opposition in the semi-autonomous Chinese territory following months of anti-government protests in 2019.

More than a dozen activists turned up at the June 4 vigil last year despite the ban, and thousands followed suit, breaking through barriers in spite of police warnings. They set up around Victoria Park to light candles and sing songs.

Police later arrested and charged 26 activists over the vigil, including members of the Hong Kong Alliance that organizes the annual vigil.

The Hong Kong Alliance disbanded in September, amid accusations from the government that the organization was working for foreign interests. Leaders of the alliance categorically denied the accusations.

Of the 26 activists arrested, 16 of them including prominent Hong Kong activist Joshua Wong have pleaded guilty and were handed jail sentences ranging between four to 10 months. Three were given suspended sentences.

Two other activists in the case, Nathan Law and Sunny Cheung, have fled the city.