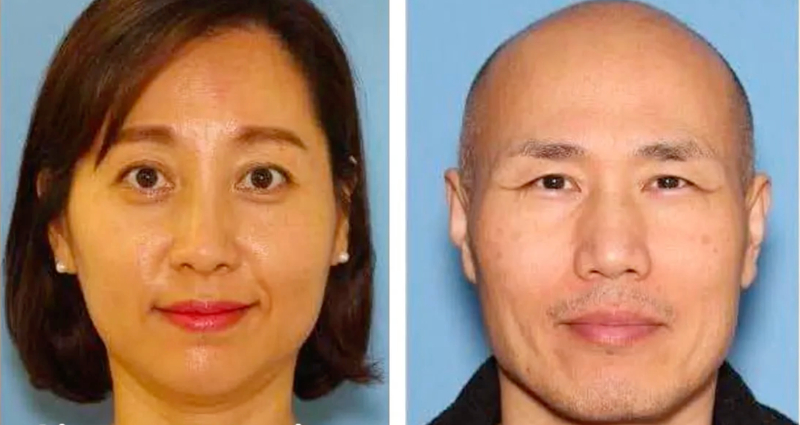 Muffled screams can be heard in the released 911 call of a woman who was kidnapped and buried alive in Washington last month.

Young An, 42, was allegedly attacked by her husband, Chae Kyong An,53, in her home on Oct. 16 after they spoke about their ongoing divorce and finances.

Chae allegedly punched Young multiple times before binding her eyes, hands and body with duct tape. Before Young was driven into woods near Lacey to be buried, she managed to contact 911 and send a notification to her emergency contacts using her Apple Watch.

The distressing call recorded sounds of Young screaming and sobbing. Although she was bound and gagged and unable to articulate words, the dispatcher was able to send officers to the home.

“I’m gonna get help started for you – hold on for a second,” the dispatcher says in the recording.

The dispatcher reassures Young that help is on the way as she stays on the line. The recording then ends when a police officer arrives. However, Chae had already broken her watch with a hammer before loading her into a van and driving into the woods to bury her.

Young told police that Chae stabbed her in the chest and placed her in a shallow grave. She managed to keep dirt off her face by wiggling around as she laid in the grave for hours. After tearing off the duct tape, she ran for about 30 minutes until she found a house to plead for help.

Young reportedly shouted, “My husband is trying to kill me! Help me!” after a sheriff’s deputy arrived.

On Nov. 1, Chae pleaded not guilty to charges of first-degree attempted murder, first-degree kidnapping and first-degree domestic violence assault. He was booked into Thurston County Jail, where he is being held without bail. Chae is scheduled back in court on Nov. 16.