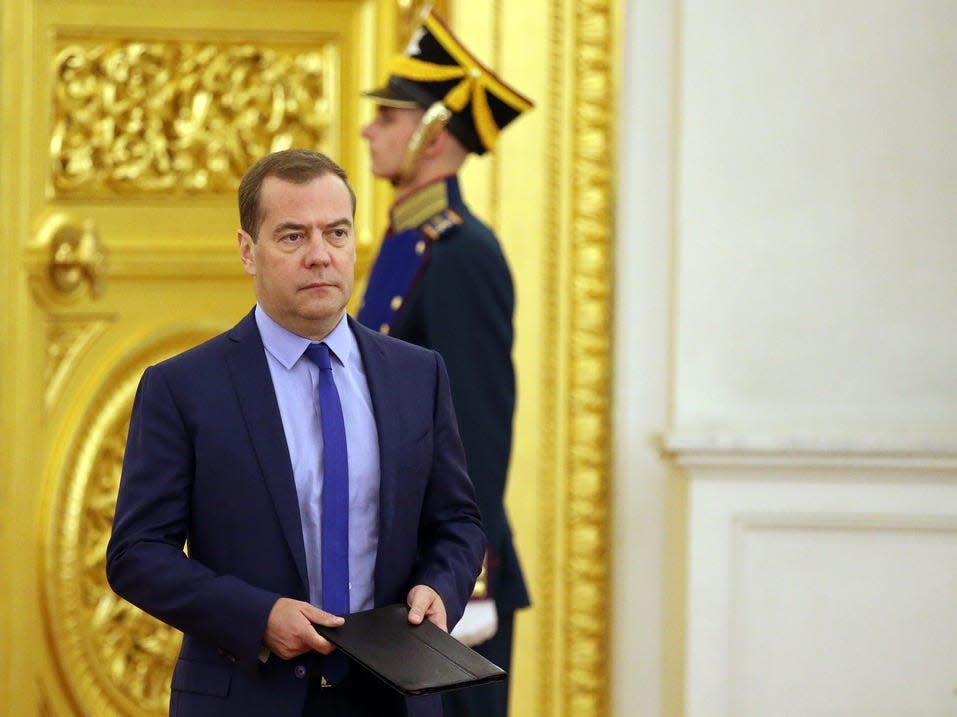 A top Russian official appeared to threaten France with “real war” on Tuesday as he responded to saber-rattling comments from the French finance minister about the effects of punitive Western sanctions.

In an interview with French radio on Tuesday morning, Bruno Le Maire said the West aimed to “cause the collapse of the Russian economy” through an “economic and financial war on Russia,” for which the Russian population “will also pay the consequences.”

Dmitry Medvedev, Russia’s former prime minister and now deputy chairman of its security council, was quick to respond on Twitter.

He said: “A French minister said today that they have declared an economic war on us. Watch what you say, gentlemen! And don’t forget that in the history of mankind, economic wars have often turned into real wars.”

Western nations including France have imposed sweeping sanctions on Russia, targeting everything from its central bank and leading financial institutions to President Vladimir Putin himself.

The sanctions seem to have already disrupted the Russian economy. On Monday, the value of the ruble crashed by as much as 30% against the US dollar, forcing Russia’s central bank to more than double its base interest rate to 20%. Meanwhile, Russians were pictured at ATMs trying to withdraw foreign currency.

In the interview with France Info on Tuesday, Le Maire said that economic and financial sanctions leveled by the West against Russia were “extremely effective,” adding: “I don’t want to leave any ambiguity about the determination of Europe on this subject. We are going to wage an economic and financial war on Russia.”

He added: “Sanctions must strike fast, strike hard, and we are already seeing the effects. The ruble has collapsed by 30%. Russian foreign-exchange reserves are melting like snow in the sun, and Vladimir Putin’s famous war chest has already reduced to almost nothing.”

Le Maire said, “We are going to cause the collapse of the Russian economy.”

On Monday, the US rolled out sanctions intended to prevent Putin from accessing a $630 billion foreign-exchange “war chest” he could use to prop up Russia’s battered economy. The move followed analogous sanctions from the European Union and the UK.