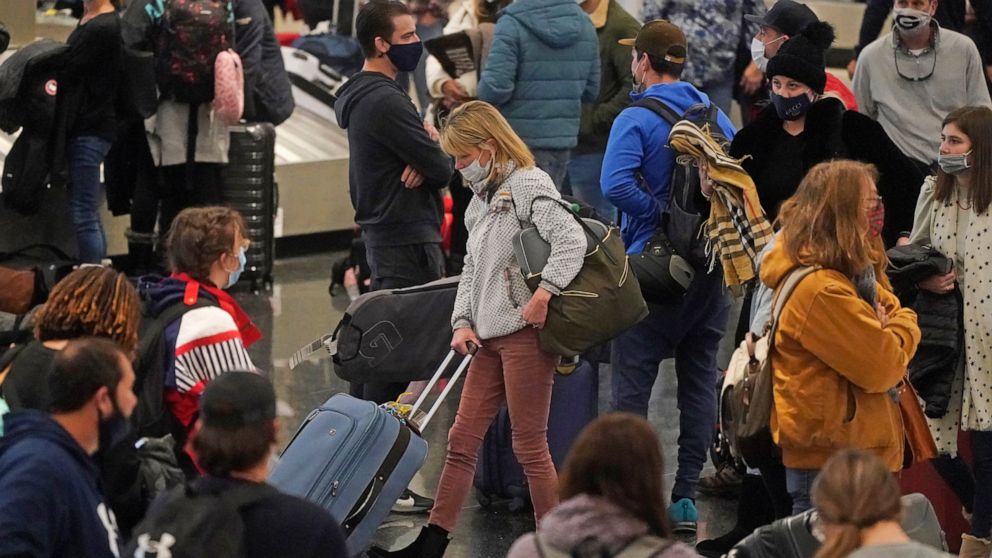 By The Associated Press

Alaska Airlines said Thursday it will trim its schedule by about 10% for the rest of January as it deals with “unprecedented” numbers of employees calling in sick during the current COVID-19 surge.

The move by Alaska is similar to a decision last week by JetBlue Airways to cut about 1,300 flights through mid-January.

Alaska’s announcement came on a day in which more than 2,100 U.S. flights were canceled by early evening on the East Coast, according to FlightAware. The tracking service said that equaled about 8% of the day’s scheduled flights, and it was the 12th straight day of 1,000-plus cancellations, which airlines blamed on the virus surge and winter weather.

Worldwide, airlines had canceled about 4,700 flights.

Southwest continued to be the hardest hit among U.S. airlines, canceling about 650 flights, or 21% of its schedule for Thursday by early evening. A spokesman said the airline was dealing with extreme cold at several airports and a high number of call-outs by employees who were either sick with COVID-19 or were isolating after close contact with someone with the virus.

The Seattle-based airline said in a statement that “the continued impacts of omicron have been disruptive in all our lives and unprecedented employee sick calls have impacted our ability to operate our airline reliably.” Alaska said reducing flights through the end of January “will give us the flexibility and capacity needed to reset.”

U.S. cancellations began rising on Christmas Eve and peaked Monday at more than 3,200 — about one in every eight flights. Besides cutting flights, airlines including United, Southwest and Spirit have offered bonus pay to find employees willing to work extra days.