Home World Alix Earle gained over 2 million TikTok followers in a month. Why... 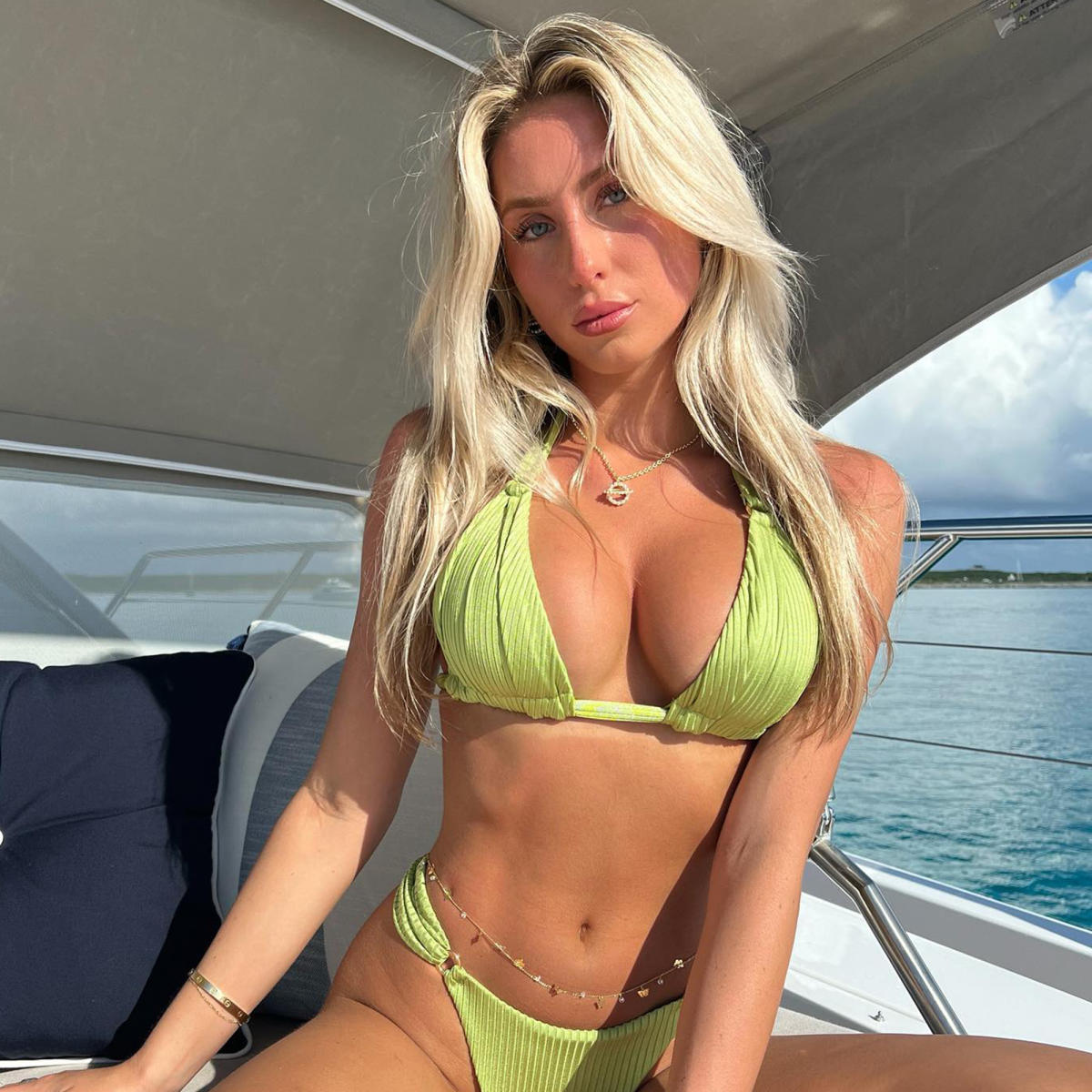 A new “It Girl” has entered the TikTok chat. What’s causing her to be compared to the reigning stars of the platform like Charli D’Amelio and Addison Rae? Being herself.

Alix Earle, 22, is a University of Miami senior marketing major — and a TikTok influencer with a millions-strong army of fans waiting to watch her next “Get Ready With Me” (often abbreviated GRWM) video.

Earle has been posting on TikTok since 2020. But if she seems to be everywhere right now, that’s because of her follower count’s recent exponential rise.

The seemingly overnight sensation works with the ingredients that have defined the lifestyle influencer game for years: Introducing viewers to new hair and makeup products, showing off her recent purchases out of the bag and as glamorous outfits and being a pocket-sized advisor for an aspirational life.

But according to her fans, her influence is more than surface level. Earle’s appeal, fans say, is in her approachable and relatable storytelling demeanor.

Earle made her TikTok debut in February 2020, by posting a video of her and her friends showing off their outfits made from trash bags. Fast forward two years later, her content now reflects life with an elevated platform — she recently posted about attending Miley Cyrus’s New Year’s Eve party, for example.

Through it all, her candid approach has remained, whether she’s talking about her experiences with plastic surgery, her struggles with acne or simply getting mascara all over her eyelids as she applies makeup and recounts the previous night’s misadventures.

“From the start, I decided I was going to be open with this, especially on social media,” Earle said in a recent TikTok posted on the one-year anniversary of her breast augmentation (her “boobaversary,” as she puts it).

“If you’re paying to get something done, wouldn’t you want people to notice? Like, I paid all that money for a surgery and no one noticed anything different about me, I’d be pissed,” she continued.

This “openness” has worked, as Earle’s following only keeps growing (as do her partnership with brands like Tarte, Rare Beauty, GrubHub and White House Boutique).

Her big sister attitude sets her apart from other influencers on the platform, as LaPaglia mentions on her podcast, PlainBriUncut.

“If you look at when Addison (Rae) and Charli (D’Amelio) blew up, all of their fans were like fandoms of little kids,” LaPaglia said on her podcast. “They’re just like, ‘Oh, she’s so pretty! Who is she dating?’ But people are an army behind Alix Earle already. It’s like they actually care about what she’s saying.”

Tiktok influencer Samantha Tannor (@samanthatannor), who focuses on business, brands and social media, chalks Earle’s rise up to the “cool best friend effect.” This, she explained in a TikTok of her own, is achieved in a fine balance being both glamorous and self-deprecating. Simply put, she lives an aspirational life but somehow remains relatable.

“A lot of influencers are doing it, but I think Alix Earle does the best job at it,” Samantha said. “Because she genuinely feels like your cool best friend. You feel like you know her, which then means that you’re loyal to her and when her videos come up on your ‘For You’ page, you’re going to like them and probably comment too.”

The Alix Earle effect has worked on followers like 28-year-old Gabrielle DiDato of Connecticut, tells TODAY.com she discovered Earle by scrolling through the “For You” page on TikTok.

“I instantly followed her, wanting to see more,” DiDato says. “Alix is appealing because you can tell she is being her authentic self. I think a lot of us are tired of seeing picture perfect Instagram posts. People are keeping it real on TikTok. It’s relatable when someone doesn’t try to act perfect 24/7.”

Earle has seemingly adjusted to the spotlight — perhaps because she’s no stranger to it.

And as devoted as her fans are, Earle is not without controversy. Some commentators point out the wealth she flaunts in videos (like her decision to buy a second Dyson Air Wrap, a hair accessory product that costs $600). Creator Diana Melstrad added up the products in Earle’s beauty routine, finding it amounted to $497.

She also most recently faced criticism for promoting a $10 hair oil from Mielle Organics, a company whose products are intended for Black hair.

“Our black section is already small,” one TikTok user commented. “Don’t sell out our stuff and our makeup as well.”

Mielle Organics announced Wednesday, Jan. 10 that it will join P&> Beauty to expand access to the brand in Black communities and fund research and innovation in hair care for underserved communities.

Despite these controversies, Earle will continue to dominate TikTok — at least that’s what fans like 23-year-old Nicole King of Florida believe.

“I think she’s a young girl that has seemingly blown up overnight and is navigating such a new massive set of eyes on her in the best way she can. I think she’s been doing a good job at it,” King told TODAY.

King became a fan of Alix after she came across one of her “Day In the Life” videos.

“I watched that video and was hooked,” King said. “Now I’m a loyal follower.”