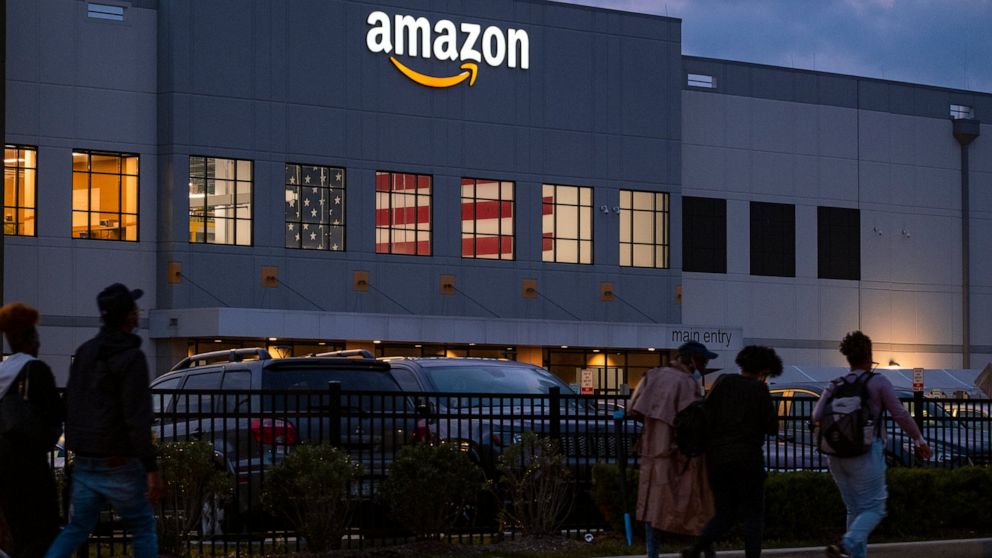 By ANNE D’INNOCENZIO The Associated Press

NEW YORK — The battle to unionize Amazon workers is intensifying after labor officials officially set a date for a union election in a New York City facility next month.

The election, which will be held in-person, is slated for between March 25-30, confirmed the National Labor Relations Board Thursday. The ballot count will be conducted on March 31. An independent and fledgling group called the Amazon Labor Union is spearheading the push.

Meanwhile, Amazon workers in a Bessemer, Alabama facility are voting by mail for the second time on whether to form a union. The voting started Feb. 4, and ballots must be returned to the NLRB regional office by March 25. Vote counting starts on March 28.

The push in Bessemer comes more than two months after the NLRB ordered a do-over election upon determining that Amazon unfairly influenced the first election last year. Workers back then overwhelmingly rejected the union in a vote of 1,798 to 738 and a turnout of 53%. The Retail, Wholesale and Department Store Union, which like last time is spearheading the union drive, has solicited help from other unions, including those representing teachers and postal clerks.

If either group is successful, it would mark the first unionized Amazon facility in the U.S. The elections will also once again put a spotlight back on Amazon and how it treats its workers. Pro-union warehouse workers have complained of long shifts and little time to take breaks. Amazon is the nation’s second largest private employer behind Walmart.

“We look forward to having our employees’ voices heard,” said Amazon spokeswoman Kelly Nantel in a statement emailed to The Associated Press. “Our focus remains on working directly with our team to make Amazon a great place to work.”

The union drive in New York City is being led by a former Amazon employee, Christian Smalls, who said he was fired just hours after he organized a walkout to protest working conditions last year at the outset of the pandemic.