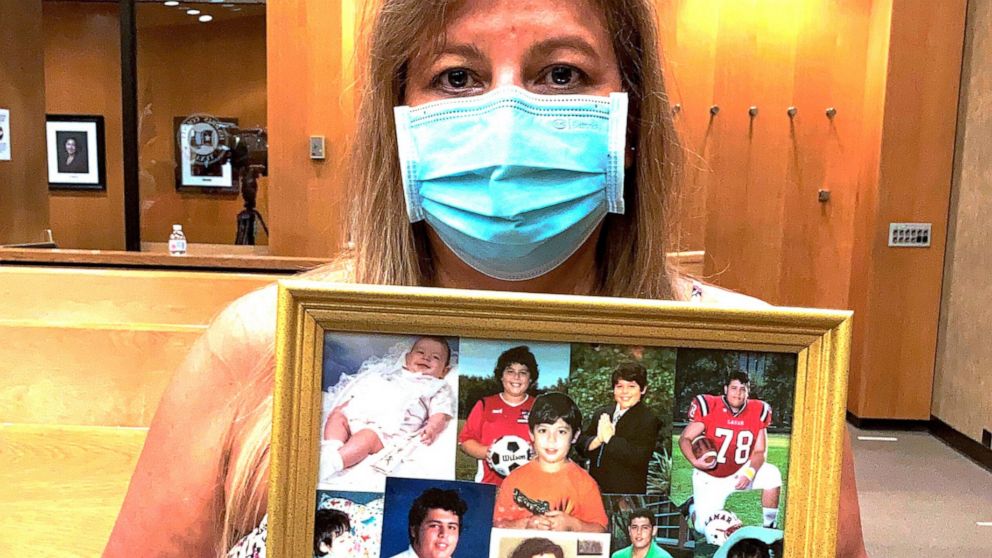 HOUSTON — Texas’ new law allowing most people to carry handguns in public without a permit or training came in part from the belief by many Texans that the best way to prevent crime and stop an armed bad guy is to make sure an armed good guy is nearby.

Gov. Greg Abbott and his Republican allies in the Legislature who this summer made Texas the largest state with a so-called permitless carry law pitched it as a way to let people more easily defend themselves without government interference.

“Best case scenario, the police are minutes away. But you need protection right then and there if you’re in danger. So, it’s going to make us safe,” said Bethany Young, the legislative director for Texas Gun Rights, which pushed for passage of the law that took effect Wednesday .

But research suggests crime actually rises after such laws are implemented. And Texas authorities, including many who spoke out against the new measure, worry that having more people walking around armed will lead to more disagreements being settled through gunfire and more lost or stolen firearms ending up in the hands of criminals.

With its new law, Texas joined nearly two dozen states that allow some form of unregulated handgun possession. Texas already allowed rifles to be carried in public without a license. But as of a few days ago, most Texans age 21 or older who haven’t been convicted of certain crimes can now carry a holstered handgun in public without undergoing any training, getting a permit or undergoing a state-run background check.

Although several of the permitless carry states passed their laws this year and researchers say more time is needed to fully study the impact of such measures, Sven Smith, an assistant sociology professor at Stetson University in Florida who studies gun violence, said the data collected so far in various studies suggest that crime rates in states with open carry laws go up 10% to 15%.

“The United States is following the traditional notion of fighting fire with fire. The best defense is a good offense, that type of mentality,” said Smith. “But the overwhelming preponderance of the statistics, though they’re not for certain and they’re not conclusive … they only point one way.”

The research also suggests that such laws tend to boost gun sales, Smith said. One 2018 study by a University of Denver professor found “the overall trend of increasing handgun sales in the United States was due in part to the liberalization” of concealed carry weapons statutes such as permitless carry laws.

This worries Houston Police Assistant Chief Larry Satterwhite, as more guns in public will likely result in more stolen weapons, particularly from vehicles. Last year, nearly 3,000 guns were stolen from vehicles in Houston. So far this year, that figure stands at more than 2,000.

“A lot of those guns are used in shootings, homicides and violent crimes,” he said.

Satterwhite and other law enforcement officials say that although most gun owners are responsible, they worry that greater access to guns in a public setting combined with a lack of training on how and when to use them will lead some people to fire them when deadly force isn’t legally allowed.

In recent months, the Houston area has seen a rash of confrontations in which people sought to settle seemingly petty disputes with a gun, though the problem is by no means unique to the nation’s fourth-largest city. In one case, a man was threatened with a handgun after he honked at a car in front of him at a fast food drive-thru. In another, someone opened fire at a nail salon over a disagreement about the price of a manicure and pedicure. And a 17-year-old boy was killed in a road rage shooting while driving home with his family after a Houston Astros game.

In another Houston-area case, Deandrea Citizen, a homeless woman who had dealt with mental illness, was gunned down by another woman, Christine Fesus, who claimed Citizen threatened her with a gun as she walked her dog. Authorities say Citizen was unarmed. Fesus has been charged with murder.

“There’s no way Dee tried to attack her. Dee didn’t have an aggressive bone in her body,” said Amy Graham, one of Citizen’s friends.

While these shootings happened before the new permitless carry law took effect, law enforcement officials and gun control groups like Moms Demand Action worry they could become more common, since more untrained people will be walking around armed.

Young, with Texas Gun Rights, said gun control groups “promise terror and violence and blood in the streets if there’s any movement toward gun rights.” But she contends that states with similar laws to Texas’ are among the safest in the country.

Angelica Halphen, whose 18-year-old son Harrison Schmidt was killed in a 2019 road rage shooting in Houston by someone who legally bought a gun but had no training, said she doesn’t think the new law will make people safer. She fears it will result in more deadly road rage attacks.

“He should be alive. He had a promising future. … Just a good heart and a good soul. And for what? Because someone lost their temper?” Halphen said of her son. “And now with this (new law), it scares me. I don’t want anyone to go through what my family is going through.”