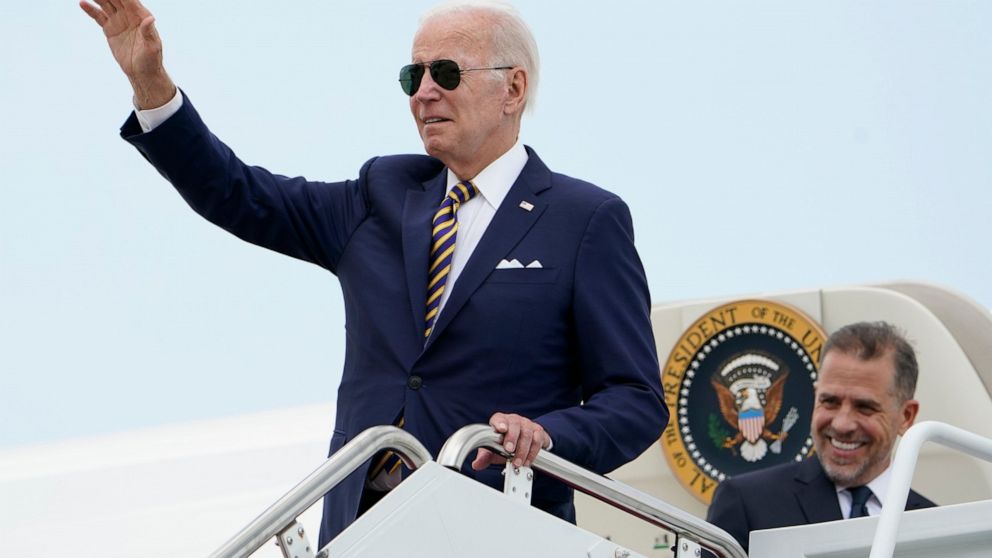 KIAWAH ISLAND, South Carolina — President Joe Biden arrived in South Carolina on Wednesday to begin what is expected to be at least a seven-day vacation with members of his family.

The first couple was planning to be in Kiawah Island, noted for its private beach and golf resort, through Tuesday, according to Federal Aviation Administration advisories.

The White House did not respond to requests to provide details on Biden’s vacation schedule, activities or when he planned to return to Washington, nor did it provide information on the residence where he was staying.

Biden, accompanied by first lady Jill Biden, departed the White House by motorcade to Joint Base Andrews outside the capital, where Air Force One was on hand to take them to Joint Base Charleston. Biden was dropped off at a private home in a gated community alongside a golf course on the island.

Biden was joined on Air Force One by his son, Hunter Biden, daughter-in-law Melissa Cohen and grandson Beau.

While Biden is in South Carolina, the House is set to vote to approve a bill full of Biden’s priorities, including the most substantial investment in history to fight climate change, some $369 billion over the decade. The measure would cap prescription drug costs at $2,000 out-of-pocket for Medicare recipients and help an estimated 13 million Americans pay for health care insurance by extending subsidies provided during the coronavirus pandemic.

The White House demurred on when Biden plans to sign the bill, saying it was focused on helping ensure the House approved the measure.

Biden’s 2021 vacation plans were scrambled by Washington’s legislative calendar, a COVID-19 case surge, and the chaotic withdrawal of U.S. forces from Afghanistan.

The White House in the past has emphasized that the president is never truly free from the job’s responsibilities — and that he’ll continue to consult with aides and take his daily national security briefing regardless of his location.

And at times, presidents have had to make legacy-defining decisions while on vacation, including Bush’s response to Hurricane Katrina flooding New Orleans in 2005. Bill Clinton ordered airstrikes against al-Qaida terrorists from Martha’s Vineyard in response to the bombings of U.S. embassies in Kenya and Tanzania. And Bush’s father, President George H.W. Bush, planned the U.S. response to Saddam Hussein’s invasion of Kuwait in 1990 from his family’s oceanfront compound in Kennebunkport, Maine.