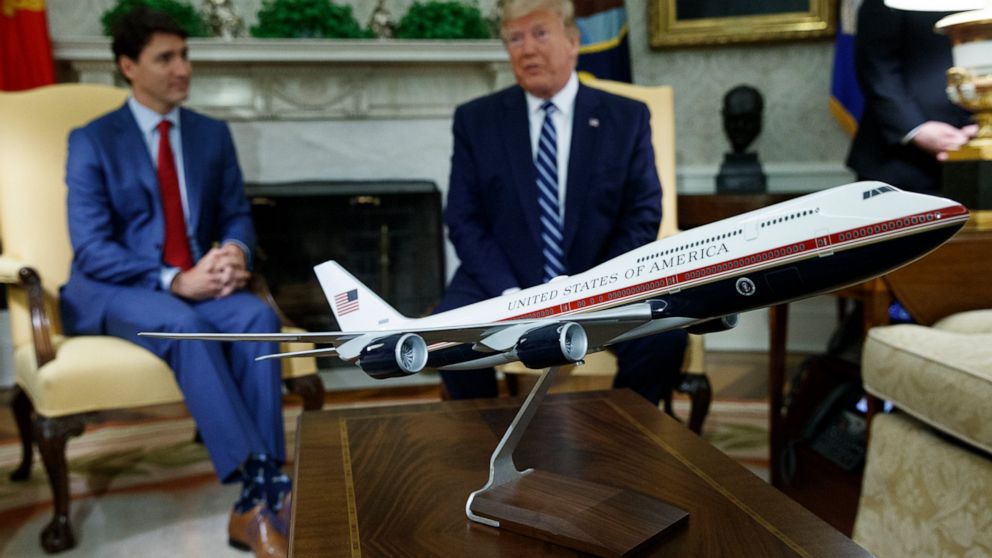 President Joe Biden’s administration has scrapped former President Donald Trump’s red, white and blue design for the new generation of presidential aircraft after an Air Force review suggested it would raise costs and delay the delivery of the new jets

WASHINGTON — President Joe Biden’s administration has scrapped former President Donald Trump‘s red, white and blue design for the new generation of presidential aircraft after an Air Force review suggested it would raise costs and delay the delivery of the new jets.

Boeing is currently modifying two Boeing 747-800 aircraft that will bear the Air Force One callsign when the president is onboard to replace the existing fleet of two aging Boeing 747-200 aircraft. Trump, in 2018, directed that the new jumbo jets shed the iconic Kennedy-era robin’s egg blue and white design for a deeper navy and streak of dark red.

The Trump paint scheme is not being considered because it could drive additional engineering, time and cost, according to an administration official who spoke on the condition of anonymity in order to discuss the program.

Politico first reported that the Air Force study of the new paint job had concluded that the dark shade of blue Trump proposed for the plane’s underbelly and engines would have created heating issues for the aircraft, requiring costly redesigns and additional delays to the already behind-schedule program. The current generation of planes first carried President George H.W. Bush.

When he was in office, Trump kept a mockup of the new presidential plane in the new color scheme on a coffee table in the Oval Office.

“The baby blue doesn’t fit with us,” he told Fox News in 2019 after earlier unveiling sketches of his ideal redesign for the plane’s exterior.

Trump’s design utilized the colors of the American flag. The top half of the plane would be white, while dark blue would cover the bottom half, including the belly. A bold red stripe would streak from cockpit to tail across the midsection — almost identical to the color scheme on Trump’s personal plane, except that the white and blue were reversed.

The administration did not formally unveil a new design for the replacement aircraft, which are currently at a Boeing plant in San Antonio undergoing extensive modifications to prepare them to carry the president. They currently sport a simple white and blue paint job with U.S. Air Force markings as the work proceeds.

Formally known as the VC-25B, the new aircraft are estimated to replace the older VC-25A planes in 2026, years behind schedule.