Home World ‘Bison’ on the loose in Indiana turn out to be something much... 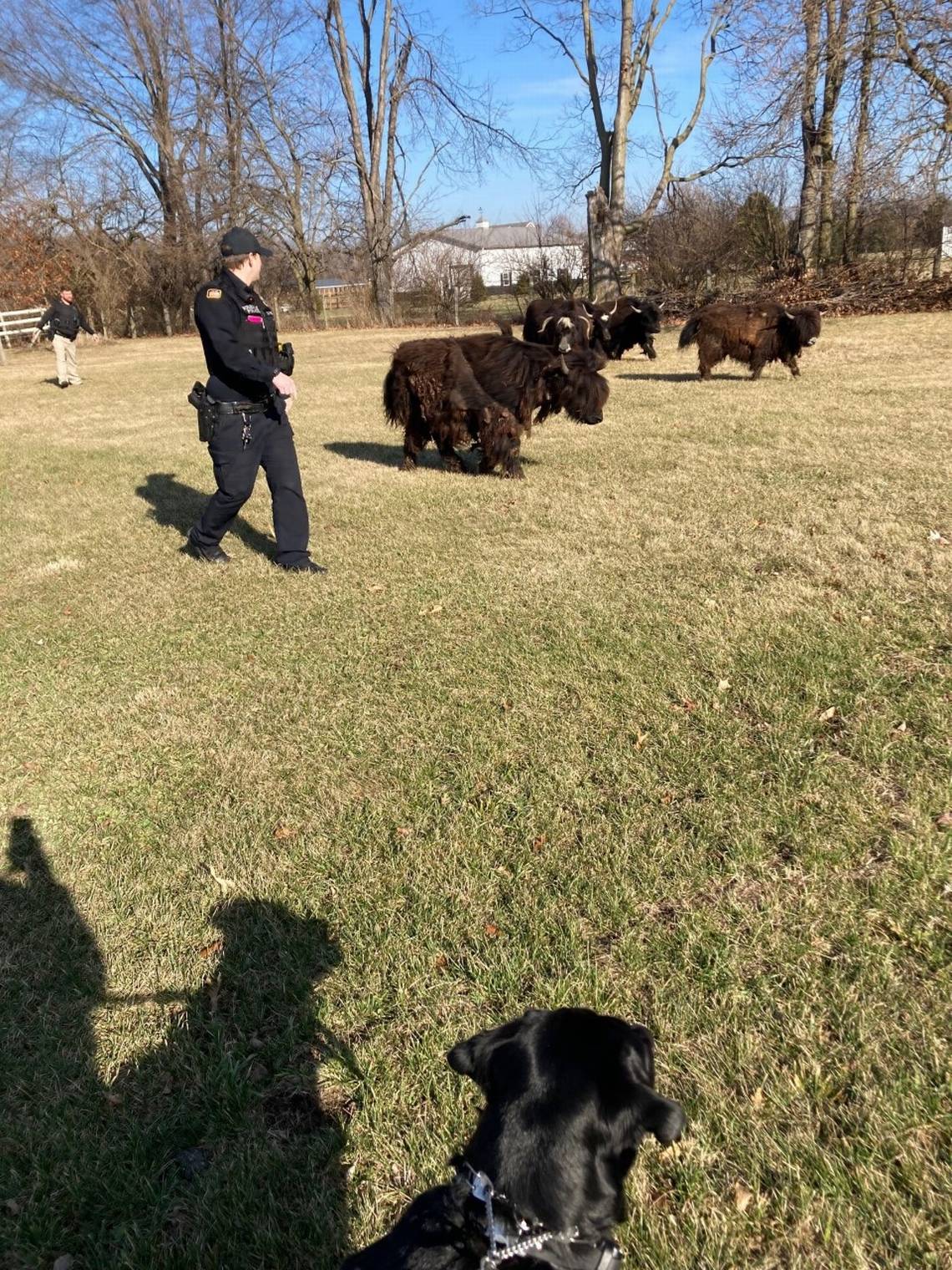 A herd of animals that were briefly on the loose in Indiana were initially thought to be bison — but turned out to be something even more unusual.

Noblesville Fire officials posted an alert on Monday, Jan. 9 on Twitter to let drivers know that a small herd of what they believed to be bison were loose, and asked motorists to use alternative routes. They embellished with three bison emojis to end the tweet, and shared a photo of the furry brown livestock animals roaming in someone’s yard.

Noblesville is a suburb 22 miles northeast of Indianapolis.

Noblesville police also posted a photo of officers corralling the “bison,” and wrote a short tribute to the animals that are a U.S. “symbol of unity, resilience, and healthy landscapes and communities.”

About an hour and a half later, fire officials were back with an update. “The animals are yaks and have been corralled and returned to their property,” the tweet states.

Noblesville Police also joked about the case of mistaken identity.

“Edit: Animal identification was not covered at the academy,” officials wrote. “These are yaks, and while they may not be as regal as bison, it was still a fun call.”

Yaks are bovines that are native to Tibet and cousins to cattle, National Geographic reported.