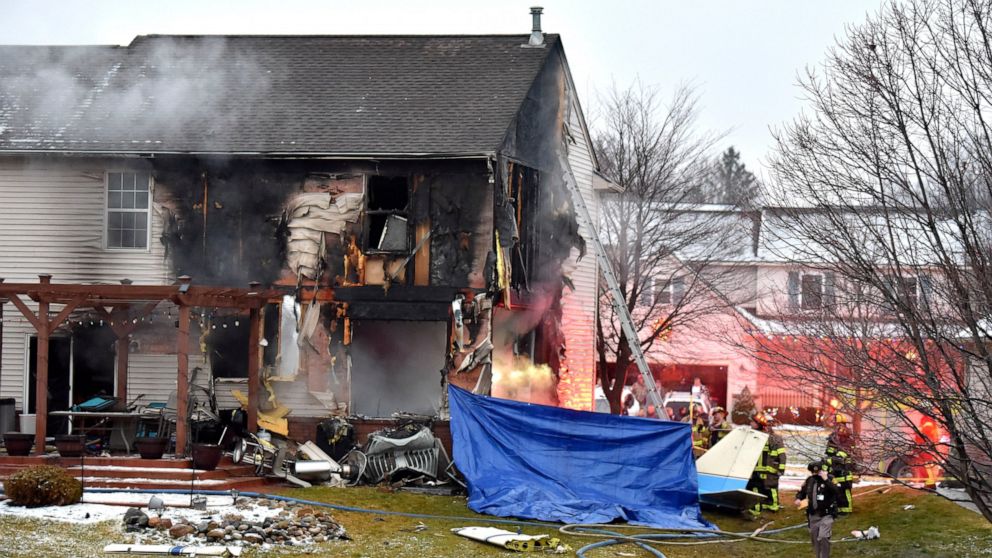 A small plane crashed into a house in southeastern Michigan, killing the pilot and two family members

By LYON TOWNSHIPBy and Mich.

LYON TOWNSHIP, Mich. — A small plane flying from Georgia crashed into a house in southeastern Michigan, killing the pilot and two family members.

The victims were David S. Compo, the former president of the Home Builders Association of Southeastern Michigan, his wife Michele and their son Dawson, the association said in a news release.

The Federal Aviation Administration said a single-engine Piper PA-24 Comanche crashed in a residential area at 3:47 p.m. Saturday, roughly half a mile from Oakland Southwest Airport, according to preliminary information. The FAA and National Transportation Safety Board are investigating the crash.

The family was returning home to Michigan from Georgia, according to the association.

Five people inside the two-story house were able to avoid injury, but fire severely damaged the home in Lyon Township, which is 40 miles (65 kilometers) northwest of Detroit, according to authorities.

David Compo’s term at the helm of the builder’s association ended Dec. 31. His mother, Janet Compo, served as its president in 1995.

Michael Stoskopf, HBA’s CEO, remembered Compo for his contributions to the organization.

“His involvement, professionalism and experience over the years have been great assets to our organization and he has been a true friend to me as we faced challenge after challenge during this past year,” Stoskopf said in a statement.