Home World California wildfires: The inmates training to be firefighters 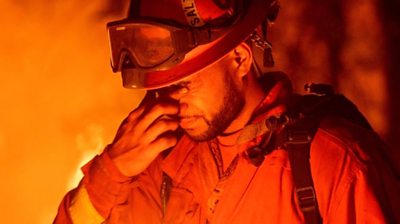 For decades inmates have helped battle against wildfires but some have struggled to find jobs when released.

But a new bill which has just been signed in California could make the job search for inmates much easier.

As Trump says news about COVID should be illegal, WH chief of staff says goal is to 'defeat' virus, not 'control' it

Driver runs over policeman during protests after fatal shooting of black...

As Trump says news about COVID should be illegal, WH chief...